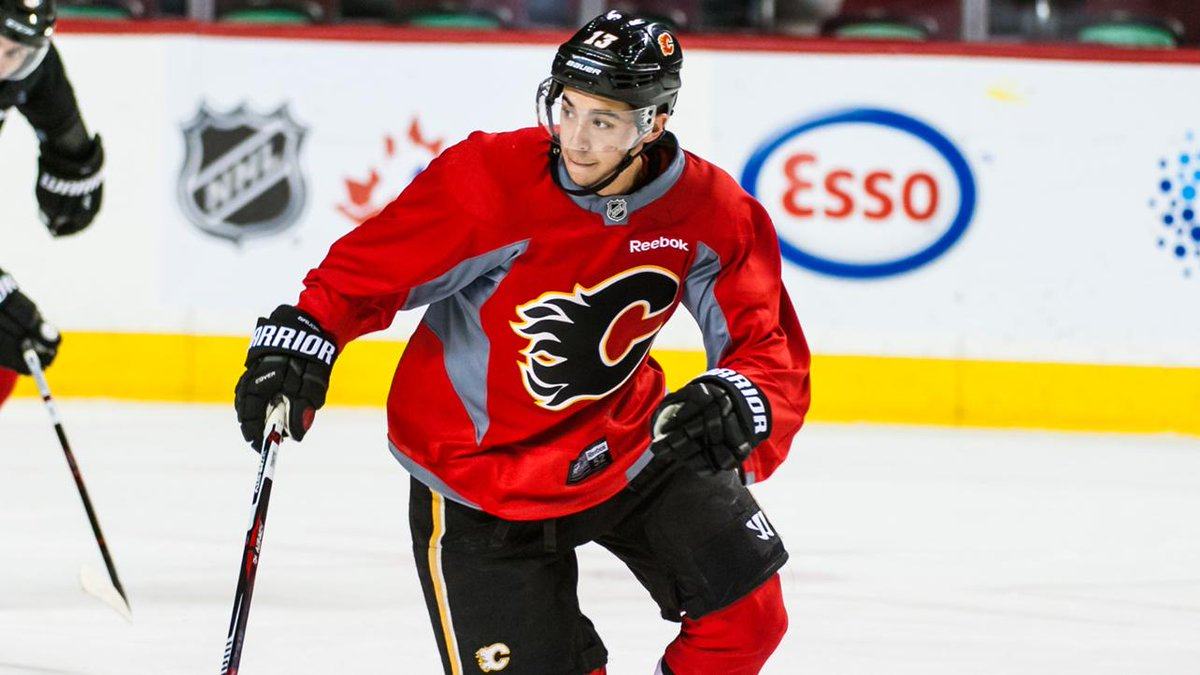 Johnny Gaudreau says he's ready to play tonight and is expected to be in the lineup vs. the #NHLDucks! pic.twitter.com/643fqatfEt

Johnny Gaudreau has been sidelined since taking a slash or two (or twenty) in the Calgary Flames’ 1-0 win over Minnesota back on November 15. After missing only ten games, Johnny’s back, and his mitts are better than ever!

The news of Gaudreau’s return is surprising, as his insertion back in the lineup comes three weeks ahead of schedule. Still, he isn’t taking any chances of another injury with these new mitts.

Despite the thinner look, his new glove appears to have much harder padding on the exterior, designed to protect the back of the hand and fingers much better than the average glove.

The glove’s practical design makes up for it’s poor aesthetics. It almost looks like one of those old-school goalie blockers from back in the day.

Hopefully Gaudreau’s new gloves are a little bit easier to stickhandle with than that.

Johnny will get to try out his new mitts tonight when the Flames host the Anaheim Ducks at 7:30 pm MT tonight. Gaudreau will draw back into the lineup, though it’s not yet known what effect that will have on the rest of the roster. Chad Johnson once again gets the start in goal.

It’ll be interesting to see if these gloves affect Johnny’s game at all, as they likely have a slightly different feel when handling the puck.

He’ll get used to them though, and if it prevents other teams from hacking him out of the lineup, it’s a change Gaudreau and Flames fans will welcome with open arms.