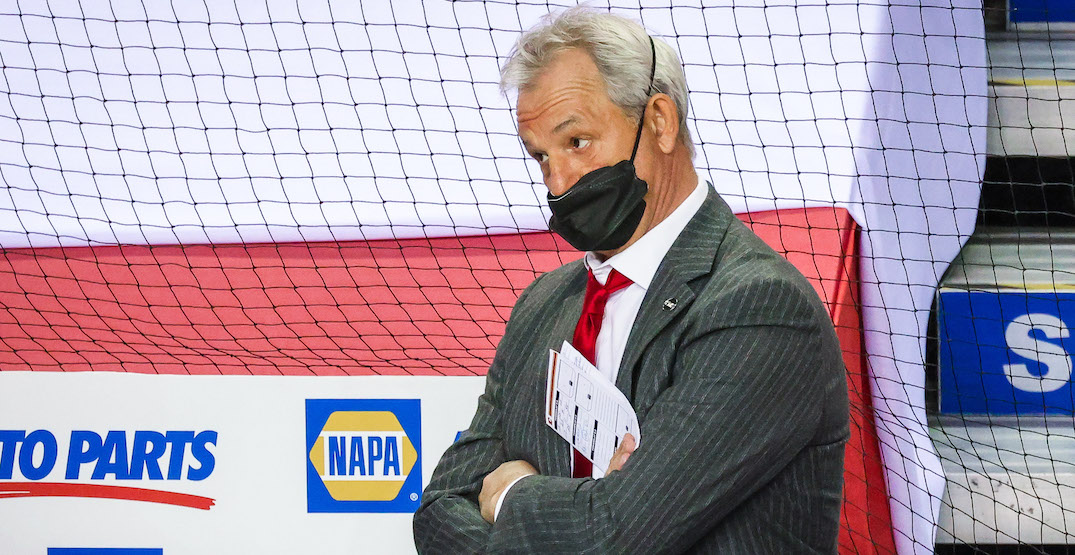 “Not for one shift, second, minute, anything,” Sutter told reporters post-game. “Every team I’ve ever coached, I do not pull the goalie. I hate pulling the goalie.”

“I believe that [goalies] stick with their teammates and I believe that they fight their way out of it just like everybody else. It’s basically a trust thing because I think [Markstrom] is an awesome goalie but he has to be able to battle too.”

Markstrom let in seven goals on 30 shots in the game, and had a terrible third period that saw the 31-year-old allow four goals in under nine minutes. After the loss, his record for the season dropped to 11-8-2. His save percentage is .903.

“It was a sh*t night by me,” Markstrom said. “Obviously, today wasn’t pretty on my part and I have to be better to help the guys… It’s very frustrating and it pisses me off. I gotta work harder, that’s it.”

The loss against the Oilers was Sutter’s first since he was brought back as head coach following Geoff Ward’s dismissal a couple of weeks ago. The Flames are 3-1 under Sutter this season and 14-13-3 on the season, good for sixth in the North Division.