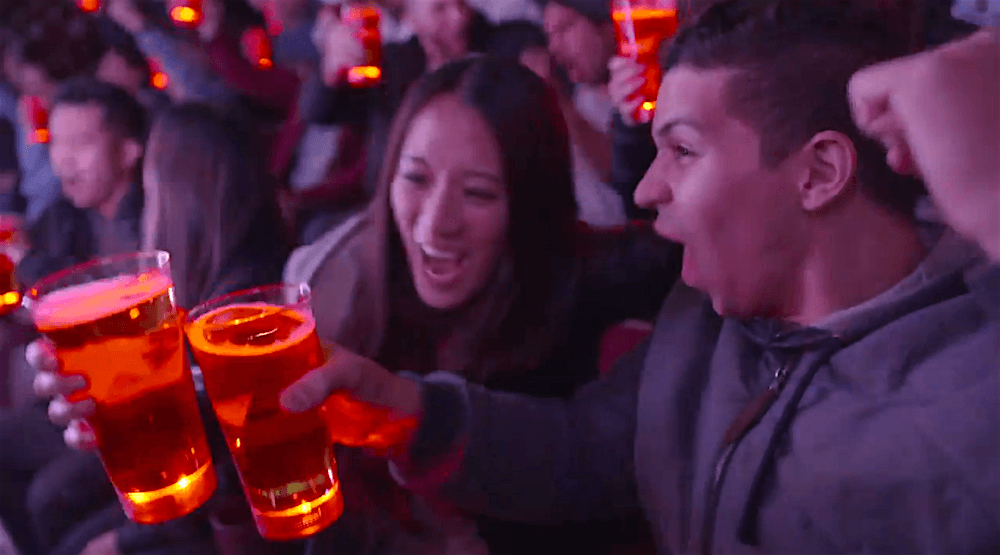 It’s going to be LIT at the dome on Monday.

Budweiser will handing out 13,000 goal-synced glasses to Flames fans of legal drinking age at Monday’s home playoff game against the Anaheim Ducks (fans under 18 will receive an illuminated bracelet instead).

When (if?) the Flames score, the arena will light up, with every glass automatically illuminating in unison.

While Budweiser’s red light technology has been around for some time, the first time that it was used in a sporting venue to this magnitude was at the Vancouver Canucks last home game earlier this month.

Be sure to document your night using the following hashtags and handles.