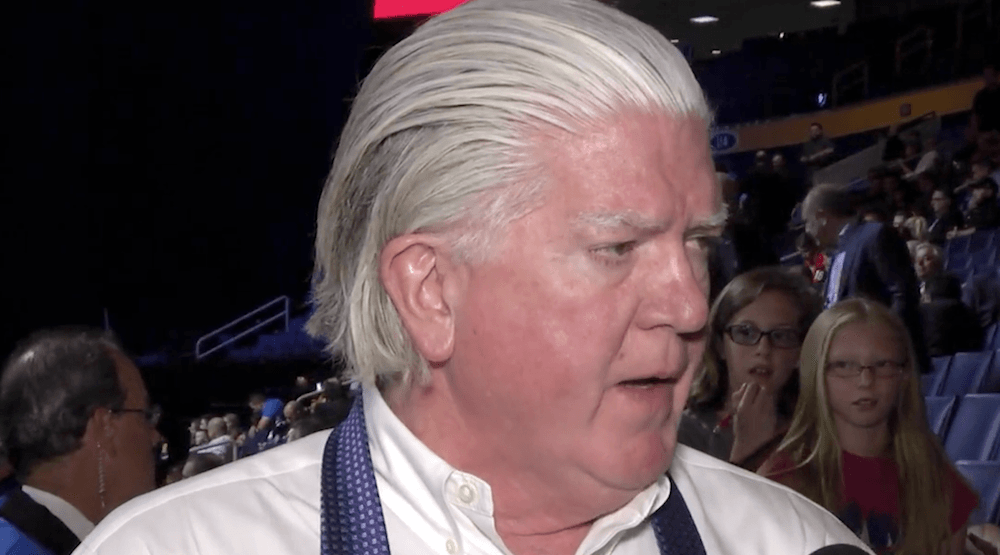 The Calgary Flames have egg on their face, a day after president of hockey operations Brian Burke put his foot in his mouth.

Speaking to the public at the Canadian Club of Calgary on Wednesday, Burke essentially threatened that if a new arena isn’t built, the team would leave town. True or not, it was an unnecessary scare tactic that backfired.

The Flames, to their credit, distanced themselves from their free-speaking executive.

“Brian Burke runs Hockey Operations for the Calgary Flames and he and many Calgarians have strong views about this topic,” Flames president and CEO Ken King said in a media release. “However, he is not our spokesperson regarding a new events centre for our city. We remain committed to our dialogue with the City and very optimistic we will get to a positive conclusion. We admire everyone’s enthusiasm on this subject.”

Burke came across looking like a loose cannon, highlighted by the fact that his team didn’t back him up on his comments.

Calgary mayor Naheed Nenshi was not impressed with Burke either.

After Edmonton poured significant public money into a state of the art arena, the Flames and the NHL are trying to apply public pressure for Calgary to do the same.

“Seriously, it’s the script,” Nenshi told the Calgary Sun. “We’ve seen this movie before. The point is we need a different ending here in Calgary.”

“I want it to end in something that doesn’t look like Edmonton, that is a deal where any public money is very clear and it absolutely leads to public benefit.”

Nenshi says that Edmonton was in a different situation than Calgary, given they had a need to revitalize their downtown. That’s not the case in Calgary.

Burke came across about as well as Lyle Lanley, trying to sell Calgary a monorail.

If Nenshi’s comments are any indication, he’s a bit smarter than Mayor Quimby.

Everyone in Calgary wants a new arena for the Flames, but it’s not a simple process. As a well-supported professional sports team that makes millions, they need to tread carefully. Given that they’re asking for money during a difficult economic time for the city, they need to show humbleness.

Diplomacy, not strong-arm tactics, are what the Flames need right now.