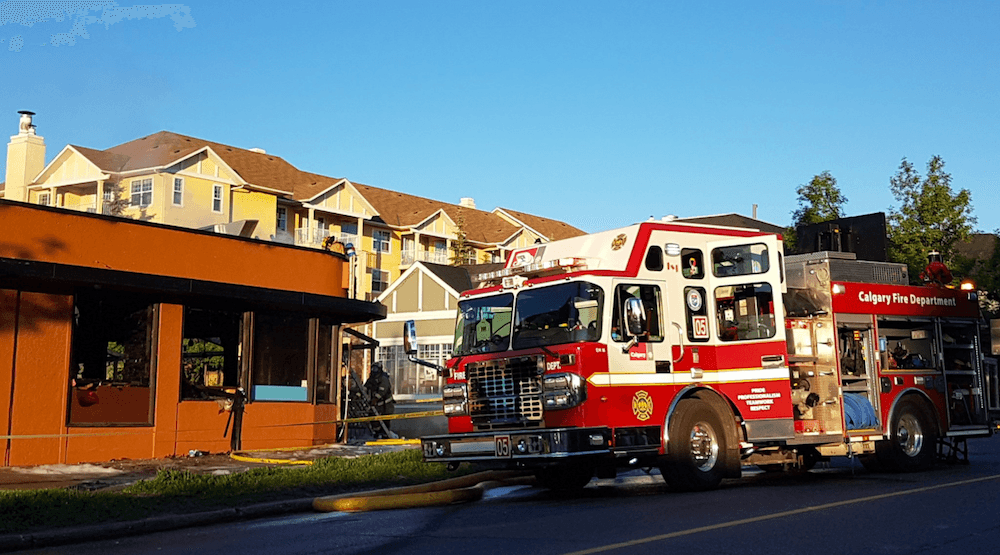 The Calgary Fire Department was called to the the 2100 block of 33 Avenue SW early this morning around 4:30am after reports of a building fire.

Reports say one 9-11 caller described the blaze to be over 20 feet high.

When crews arrived on scene, the building was fully engulfed in flames and a second alarm was called for additional resources.

The fire was quickly brought under control and no injuries were reported. The damage was severe and the building of origin was destroyed.

The business has been reported to be Mazaya Lounge on 33 Avenue.

Calgary fire investigators are on scene to determine the origin and cause of this fire. Anybody with information, photos or video of this fire is asked to please email [email protected] 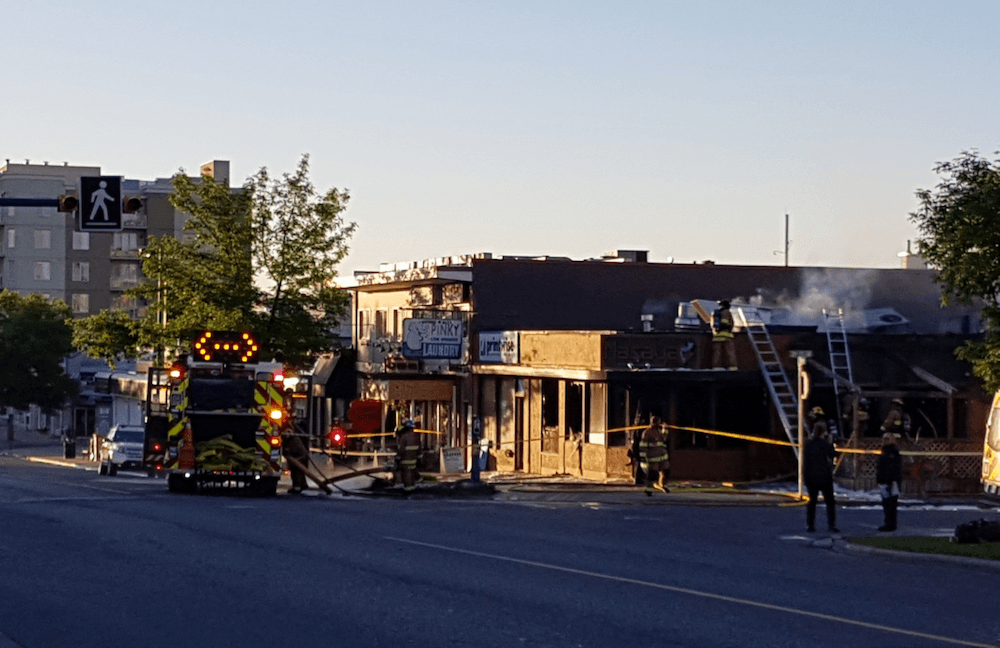 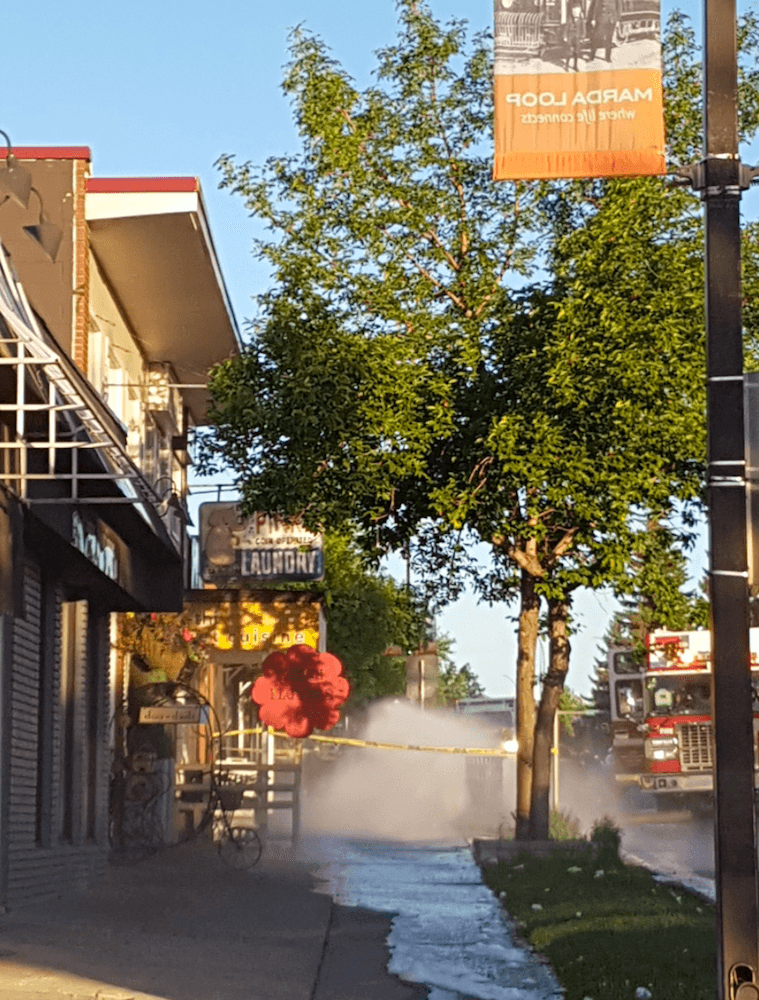