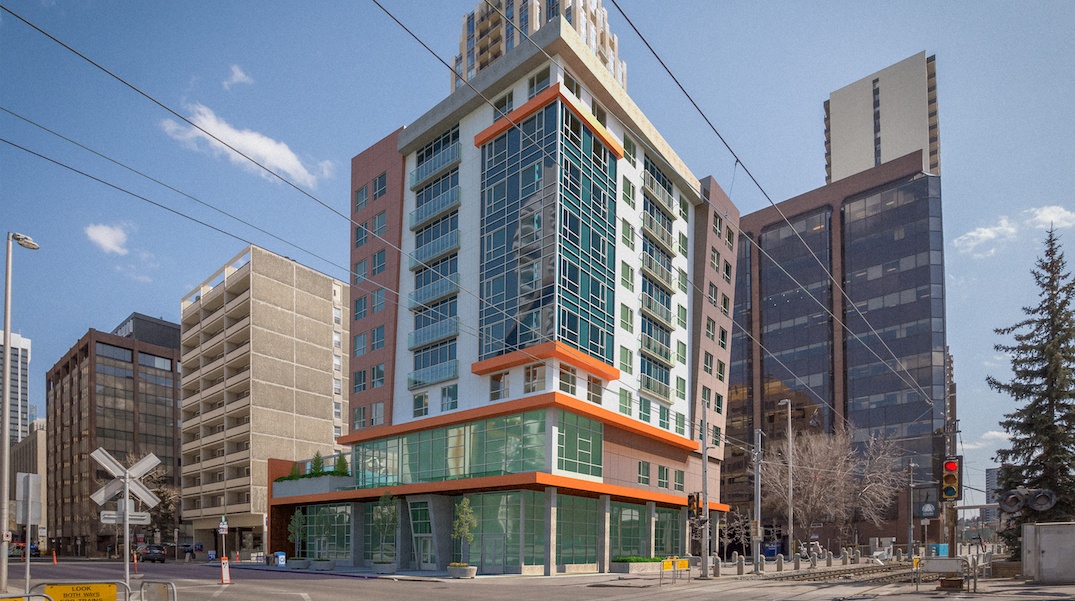 Downtown Calgary is about to get a brand new building courtesy of the federal government.

Calgary Centre MP Kent Hehr announced on Tuesday that the Government of Canada would be investing $9.77 million towards a 74-unit affordable rental apartment building on 5th Avenue.

The funds come from the recently launched National Housing C-Investment Fund (NHCF), which has a $13.2 billion budget to fund projects that help Canadians in greatest need, such as children fleeing family violence, Indigenous peoples, seniors, veterans, people with disabilities, those dealing with mental health and addictions, and young adults.

The building will be created by HomeSpace Society, a charitable real estate developer, rental housing owner, and property manager in YYC.

The downtown Calgary building will also be funded in part thanks to contributions from the City of Calgary, local philanthropists David and Leslie Bissett through the RESOLVE Campaign, and the Calgary Homeless Foundation, and the site was awarded at a discount through the city’s non-profit land sales program.

According to the federal government release, 16 of the 74 apartments will be fully accessible, and all 74 will be priced at 65% or less of the median market rent for the area.

“How can you build a life if you don’t have a home? In short, you can’t,” said Hehr, in the announcement.

“Our government is dedicated to helping those in need, which is why we are proud to be investing in this project with HomeSpace. This project will be more than just affordable housing for Calgarians, it is the key to a better life for the individuals who will come here.”

HomeSpace oversees 520 units of housing in 25 properties throughout Calgary, though the company’s CEO, Bernadette Majdell, said that the 5th Avenue apartment building will be their largest project of it’s kind that they’ve ever done.

“Through the Government of Canada, City of Calgary, and the RESOLVE Campaign, this build will be our largest affordable housing development to date,” Majdell said, in the release.

“As a non-market housing developer and property manager, our strong partnerships are critical for the work we do in adding affordable housing stock to our city and providing homes and dignity to Calgary’s most vulnerable people.”