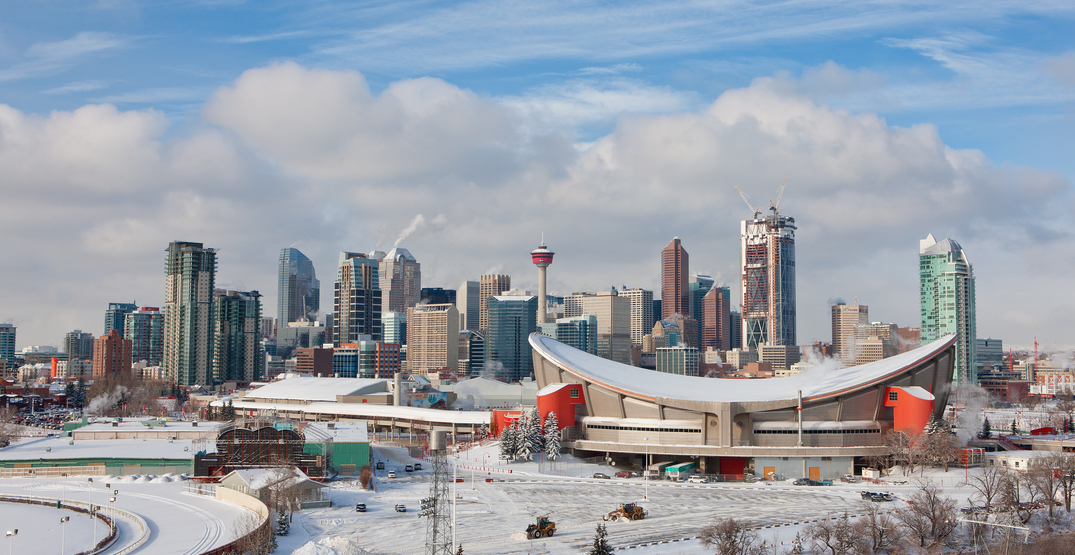 It comes as no surprise that February in Calgary is cold, and the weather is living up to its reputation, causing an extreme cold warning to continue into the middle of the week.

The warning, which was put into effect by Environment Canada early Monday morning, has held steady with temperatures below -25°C, and wind chill values between -40°C and -55°C.

The Weather Network announced that the polar vortex would remain situated between Manitoba and Alberta for the time being, as an Arctic high refuses to budge in Western Canada throughout the entire week.

It’s currently -29°C in Calgary, although it feels more like -39°C with the wind chill.

“Cover up,” Environment Canada warns, “Frostbite can develop within minutes on exposed skin, especially with [the] wind chill.” 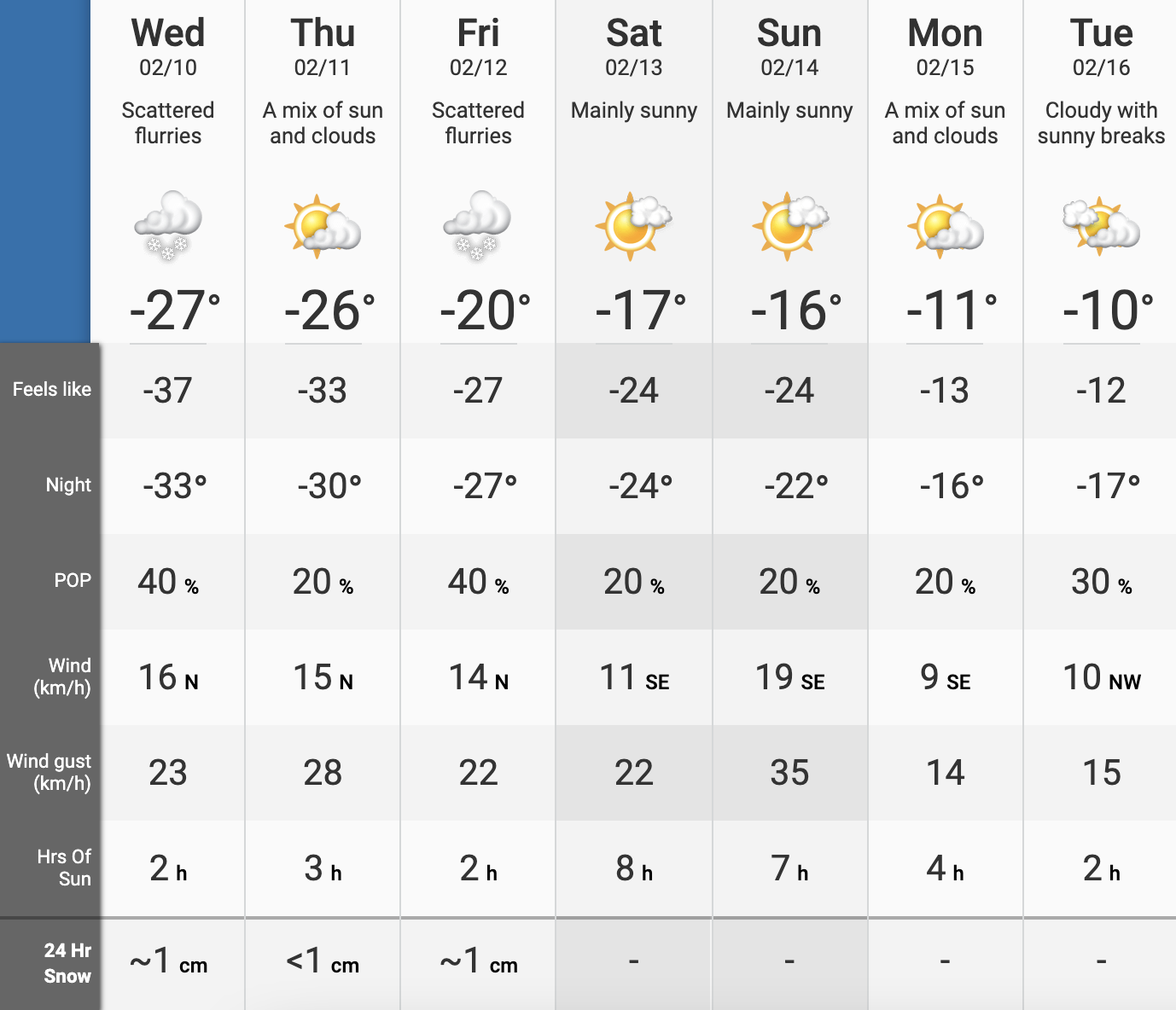 Scattered flurries are in the forecast for Wednesday and Friday, bringing about 1 cm of snow into the city on both days.

“This prolonged cold snap is expected to persist into the weekend for many areas of Alberta,” Environment Canada said in a statement. “There will be some moderation in temperature at times, typically during daylight hours.”

If that’s an improvement, we’ll take it. In the meantime, stay safe and warm, Calgary.