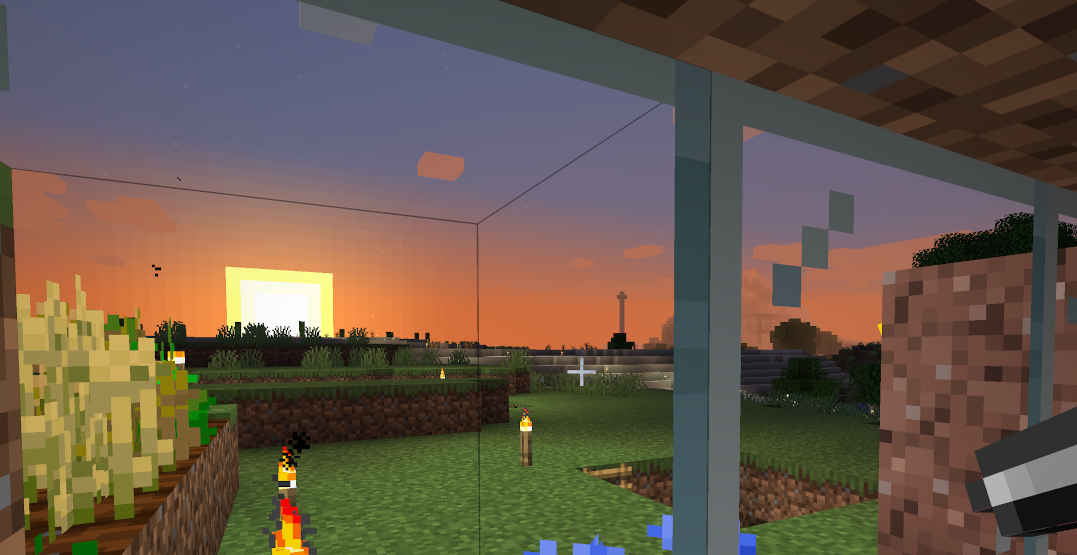 I’m not a capital-G gamer by any means.

I’ve played a handful of games, like Halo (badly), League of Legends (really badly), and Skyrim (I’m actually not that bad at that one). My biggest claim to digital fame is completing Valve’s Portal and Portal 2 on my 2010 Fisher-Price-esque MacBook — all while using the trackpad.

But I love Minecraft.

Minecraft has been on every computer I’ve owned since 2012, which is when I first bought it in an attempt to bond with my then-boyfriend.

For those who not in the know, Minecraft is a sandbox video game that allows players to, as the name suggests, mine resources, craft things with those resources, and do an honestly astonishing number of other things ranging from mundane chores to fighting monsters.

I was NOT good at it. I fell in lava a lot, would scream out loud when zombies and Creepers snuck up on me, and I refused to explore the world for weeks because I was scared of getting lost. But, eventually, I got the hang of it, and I’ve periodically returned to my blocky open world to escape from the real one.

Now in isolation due to the coronavirus pandemic, I’m finding Minecraft to be the perfect salve to ease frayed nerves, as well as being a great way to connect with my friends across the country.

Minecraft is soothing as hell. I know I mentioned screaming at enemies, but mindlessly breaking blocks, making structures, and fighting the occasional zombie is very low-effort, high-reward. An hour of clicking can get you a set of armour, a garden, a house with spacious bay windows, and endless little bloops of experience points to activate that pesky dopamine response.

Only in Minecraft could I fulfill my dream of having an underground apiary, forest grotto, and aquarium all in one, as well as wander around outside to my heart’s content. 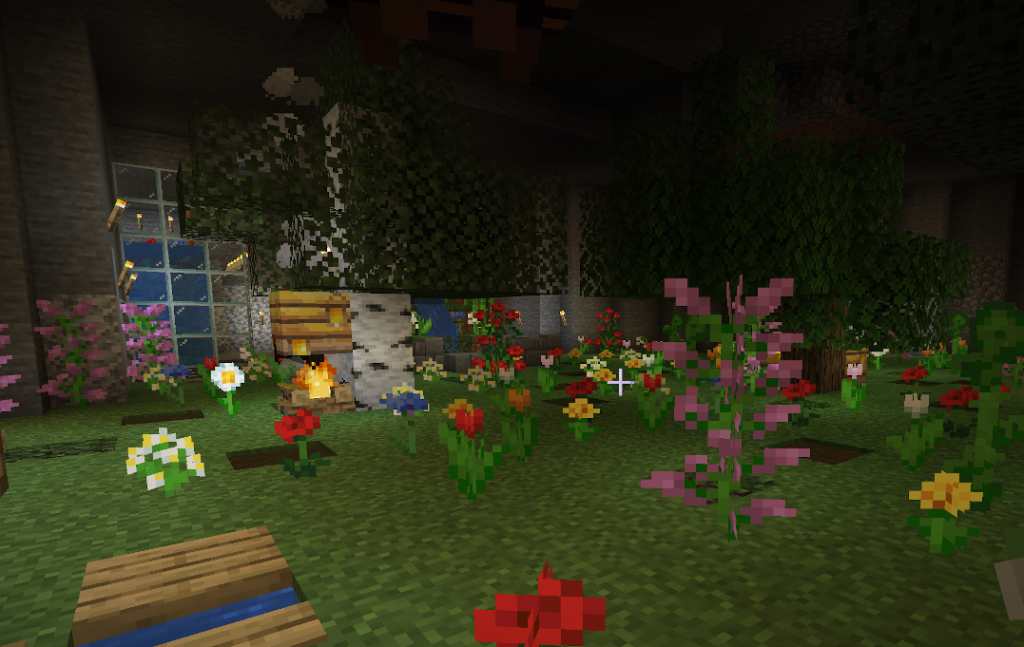 Minecraft’s mechanics allow me to plant flowers, trees, and crops pretty much anywhere I can find or place dirt. I also have a dog, AND I can go to sleep and wake up to actually feel rested.

It can connect people

In the past, Minecraft has been a huge source of support and connection for me and a very dear friend of mine who moved to Toronto. The game can host remote servers, both for money (if you want it set up for you) or for free (if you have the power and ability).

My friend and I would make regular dates to hop on a voice chat and enter the world together, raiding dungeons, mining caves, farming, and go on endless adventures. Just the two of us against an endlessly regenerating world.

When the pandemic started to set in, a group of my friends set up a larger server with more user capacity. Now I have a little virtual family of 20 — and growing. We all have our own homesteads that we periodically show off to each other, sharing resources and machine blueprints, raiding mine shafts together.

I now get to “see” my friend in Toronto, a buddy out in Vancouver, and my friends from Calgary, all without leaving the house.

Minecraft has been connecting users online since it launched, but in this time of isolation, it’s helping me cope with the world at large by letting me be in charge of my own little virtual world, alongside my friends.