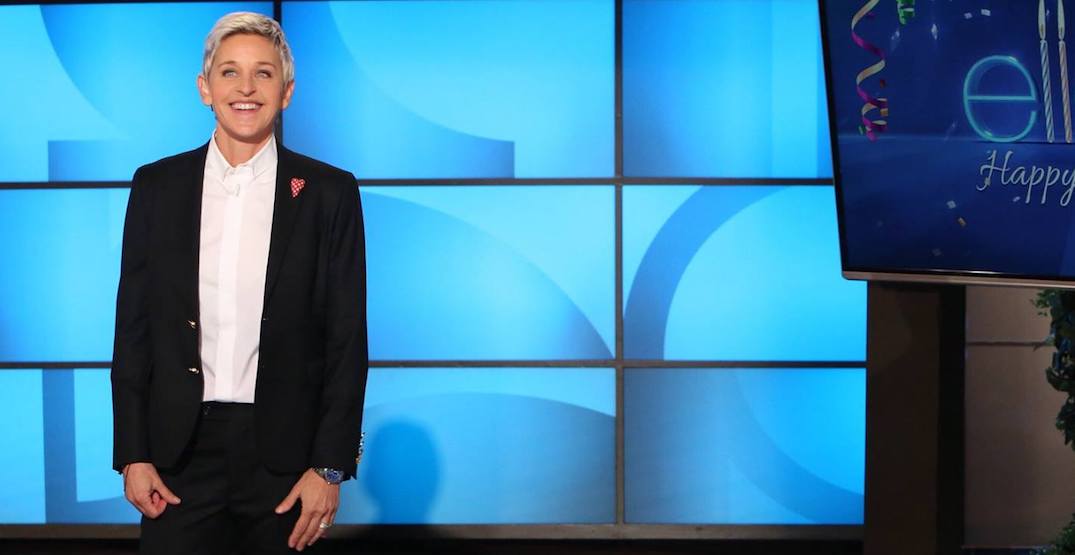 You have the opportunity to meet Ellen DeGeneres in person… but it’s going to be a long, competitive (and fun) road to get there.

The CORE Shopping Centre will be hosting an Ellen-themed Heads Up! tournament on Saturday, April 21, providing the chance to win VIP meet and greet tickets to Ellen’s Q&A session at the Scotiabank Saddledome later that same night.

The tournament will feature 32 teams, each randomly drawn from a buy-in raffle, who will compete until one team emerges as champion.

Would-be participants can enter by purchasing $5 raffle tickets between Thursday, April 12 and Friday, April 20. Three tickets will be drawn before the tournament even begins, with winners receiving additional prizes of two VIP tickets each.

All raffle proceeds will be going directly to the Alberta Animal Crew Rescue Society (AARCS).

The tournament will be preceded by a dance party led by the CORE’s Zumba instructor, Maria Hunter, and, in true Ellen fashion, additional prizes will be available for attendees and participants.

“I can’t give away too much, but participants and attendees can expect an event of epic Ellen-sized proportions from the dance party to the prizes available to all,” said Allison Onyett, marketing director at The CORE, in the release.

“You will just have to come down to The CORE on April 21 to find out more!”

It was not specified in the release, but given Ellen’s knack for showing up at events, houses, and parties unexpectedly, we wouldn’t rule out the possibility of a celebrity appearance.

In fact, the end of the release even subtly stated that the puppy-friendly nature of the event might just make for a memorable afternoon:

“Who knows, maybe the ploy of puppies will be enough to capture the attention of Ellen herself,” the release stated.

In addition to the funds raised from the raffle, the CORE will donate $1 for every time someone shares the hashtag #EllenattheCORE on social media before April 21.

Heads Up! tournament at the CORE 2018

Tickets: A chance to participate by $5 raffle ticket buy-in, tickets available from April 12 to April 20 at the CORE Guest Services