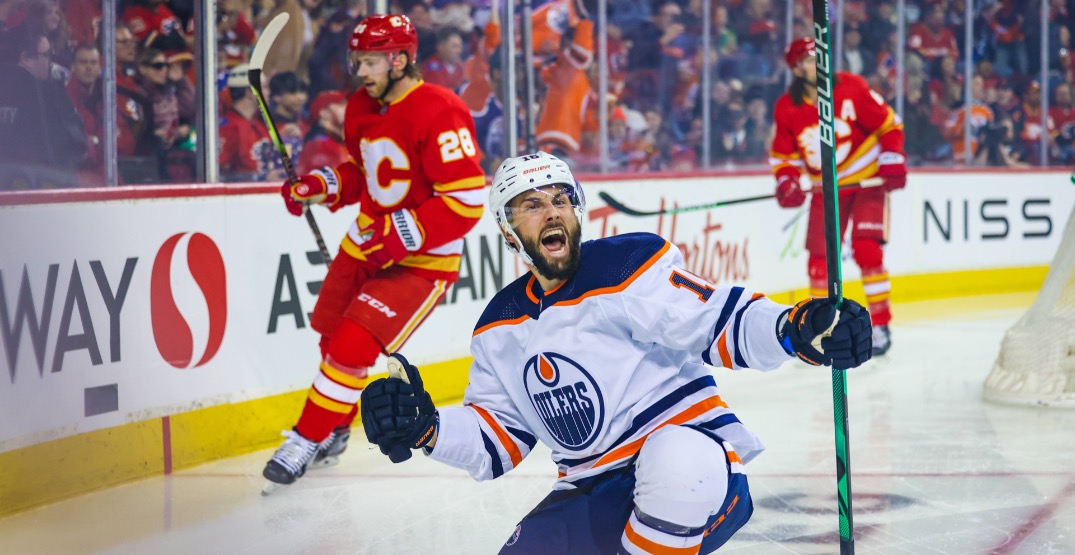 The Edmonton Oilers and Calgary Flames have plenty of fans ready for the Battle of Alberta, but only one team comes out on top when it comes to who leads in Google searches.

Looking at searches across Canada over the past week, the Edmonton Oilers come out on top across every province and territory, according to Google Trends.

The Northwest Territories seem to be huge fans of the Oilers, coming in at a 68% interest rate between the two terms. Saskatchewan and Yukon Territory both follow with 59% interest.

The interest for the Calgary Flames is the closest in Manitoba, with 49%.

Looking at the most popular cities for each team, residents of Olds, Innisfail, Sylvan Lake, Red Deer and Blackfalds are the top spots checking out the Calgary Flames.

When broken down into reaches around the world, the Edmonton Oilers lead in Germany with 90% of the searches between the two terms, followed by Canada with 56% for the Oilers.

Australia, Mexico and the United Kingdom are all tied at 50% interest for both teams.

The Calgary Flames take the edge in the United States with 51% and 59% in Russia.

The Oilers take the edge not only in searches over the past week, but the past month, within 90 days, the last year, and the past five years.

The most popular searches around the world for the Calgary Flames all revolve around their recent game against the Dallas Stars in Game seven.

For the Edmonton Oilers, the rising searches over the past week include the round two schedule for the team, tickets against the Flames and game seven content.

So, there you have it. More fingers tend to be typing in information related to the Edmonton Oilers, but the Calgary Flames are holding their own too. It’s certainly going to be one heck of a series!