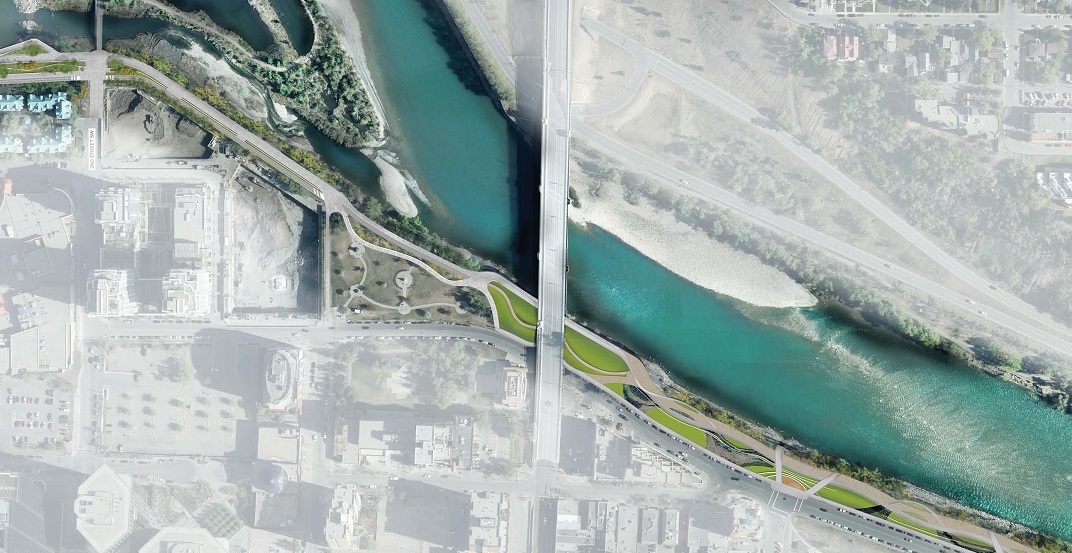 The City of Calgary has announced that parts of the Eau Claire Promenade are now walk-only zones.

The temporary redesignation is the result of large volumes of people being seen using the pathway system who were not following physical distancing rules, a release from the city reads.

The addition of cyclists and runners weaving through the groups of walkers creates a safety concern, according to the city, prompting the decision to create walk-only zones, where runners will have to slow to a walk and cyclists will have to get off their bikes.

The city has set up barricades and signage so that path-users know where the walk-only zones are located throughout the Eau Claire Promenade.

These zones are “an engineering control to encourage proper physical distancing by giving pathway users time to spread out and be safe,” the release states.

“The City is looking to expand the use of walk-only areas in other parts of the city where congestion is an issue.”

Runners and cyclists can either walk through these areas or choose a different route.