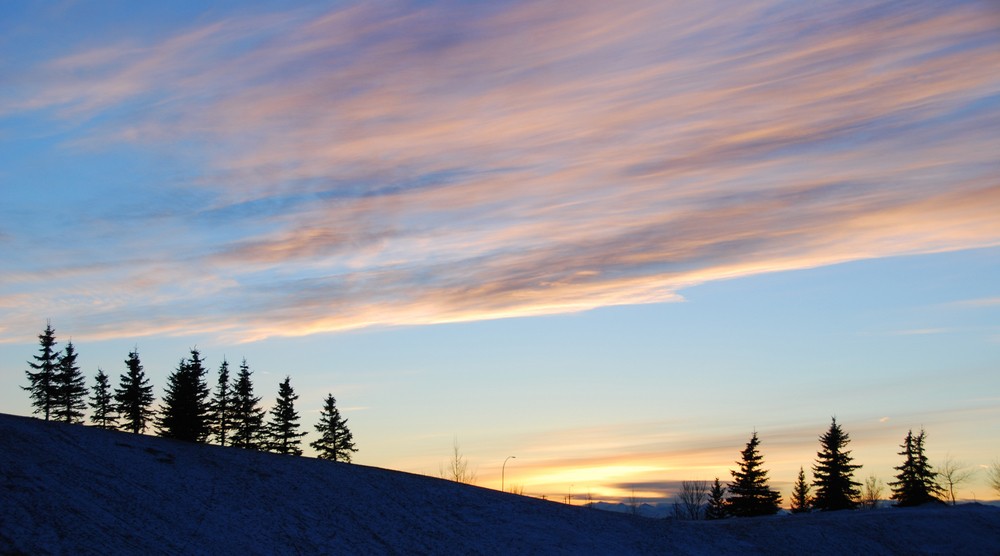 The days of darkening skies are officially behind us.

Today marks the earliest that the sun will set in Calgary all year, at a dark and early 4:29 pm.

While the total length of sunlight per day will still be getting shorter – due to later sunrises until the winter solstice on December 21 – sunsets will only get later and later from here on out. 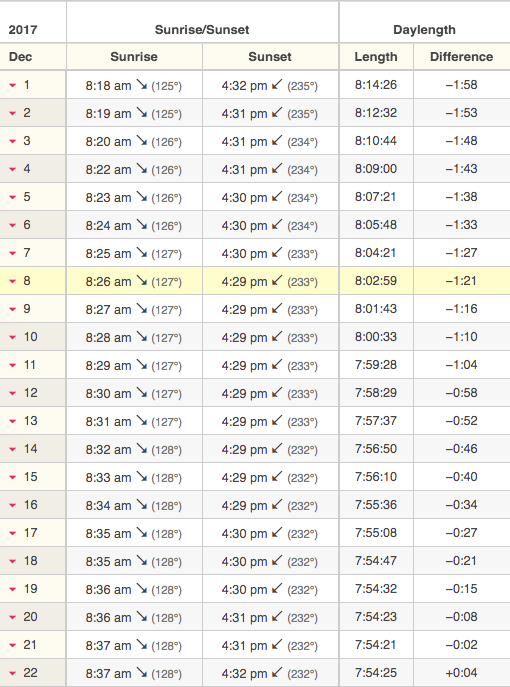 Sunsets and sunrises in Calgary this December (timeanddate.com)

We’ll be seeing a 4:29 pm sunset for the next week or so, but once December 17 hits we can expect an extra minute (!!!) of evening sunlight.

Not quite the 9:55 pm sunset we’re used to seeing around the end of June, but hey, it’s a start.

That daily commute home will see some sun again soon enough, we promise.