The Dance Centre has seven dance studios with high ceilings and plenty of natural light. There are spacious change rooms, a students’ lounge and the building recently won an Urban Architecture Award (Unbuilt) at the 2015 Mayor’s Urban Design Awards. From the street, passersby can see into the second floor studio theatre.

“It’s a beautiful spot. Our objective was really to take dance to the street and the architects did a beautiful job with that,” Kathi Sundstrom, DJD Executive Director told Calgary Buzz. 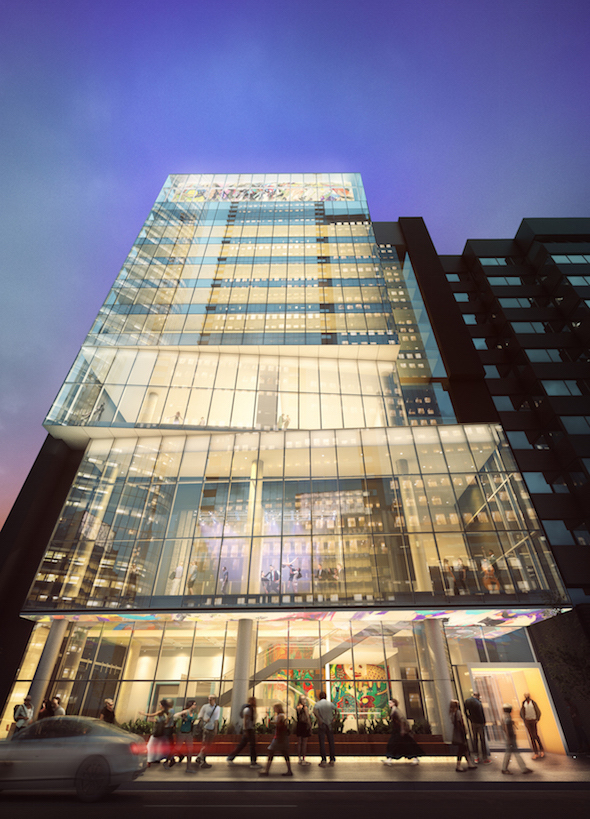 Image: Rendering of the outside of the building – Kahanoff II tower 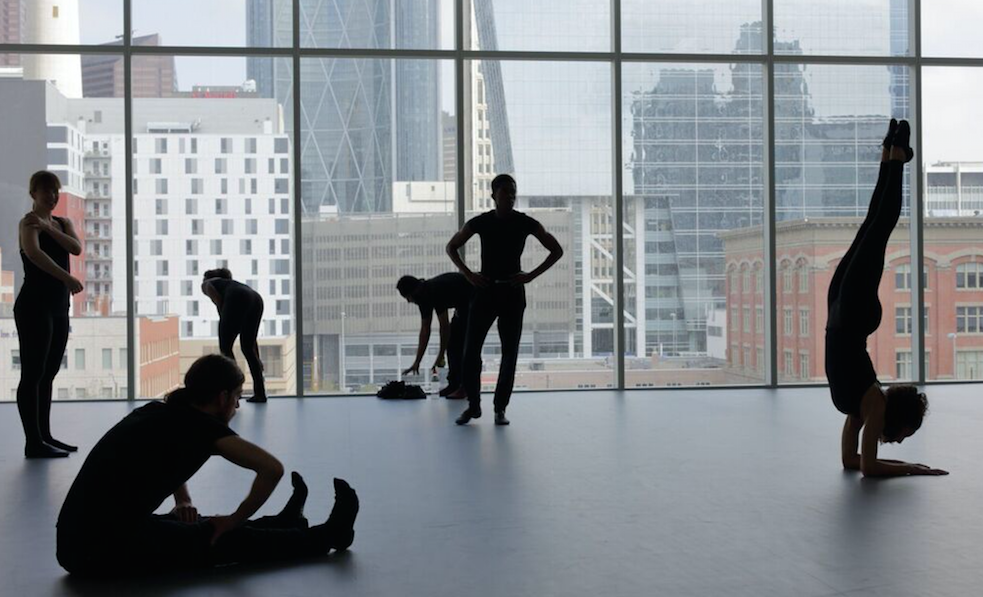 An amazing concept to the design is how the second floor studio theatre can also transform into 230 seat theatre. The two-story 3,600 square foot main studio is fully equipped with stage lighting, A/V projection capability, and boasts views to city scape for backdrop, as well as lobby space. When the space is not being used for DJD performances it can be rented out to other Calgary arts groups, creating another rehearsal and performance venue in the city.

The Dance Centre also has a community living room space donated by Suncore Energy Foundation, that can be used for community events, conferences and gatherings.