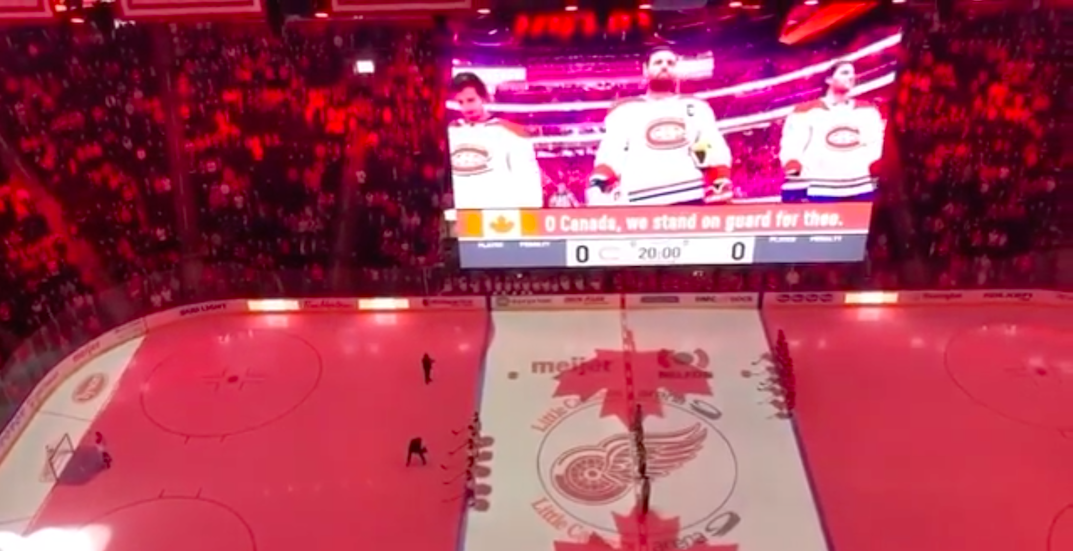 Before Tuesday’s tilt between the Montreal Canadiens and the Detroit Red Wings at Little Caesars Arena, the American crowd chimed in and helped out by singing the Canadian national anthem.

After longtime Red Wings anthem singer Karen Newman’s microphone glitched, the Detroit crowd took care of the incident and sang O Canada together for what turned out to be an emotional pregame ceremony.

Located across the river from Windsor, Ontario, many Canadians cross the border to watch games in Detroit on a regular basis, so that probably helped. The Red Wings are also one of the few teams that put the lyrics to the anthem on their scoreboard also — which had them perfectly prepared for an incident just like this.

Thanks from a little help from our friends, it’s easy to see why Detroit has earned the nickname “Hockeytown.”