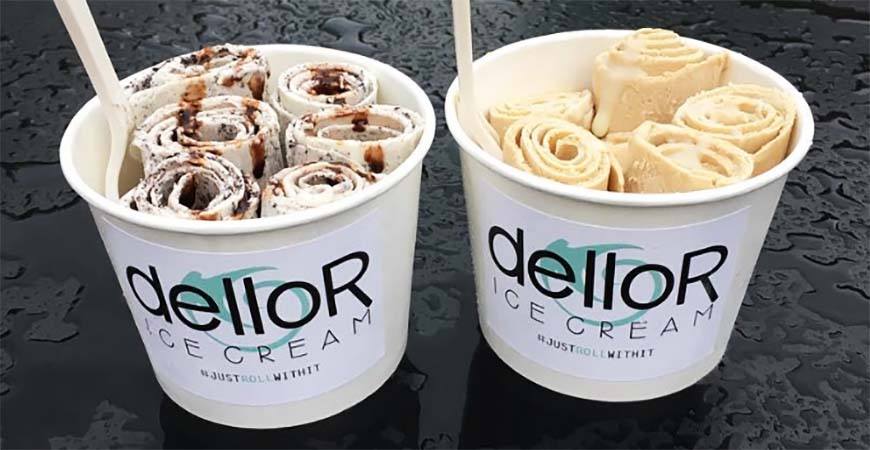 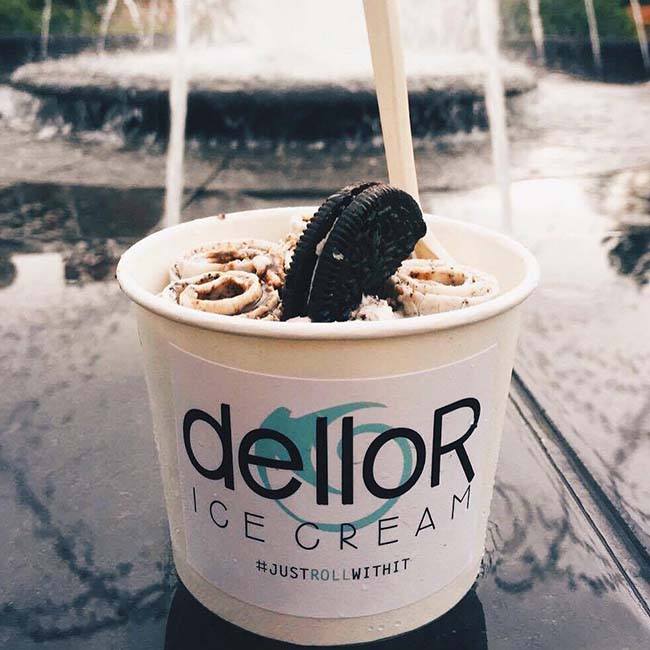 Inspired by the frozen dessert places found on the streets of Vietnam, delloR’s frozen creations are made right in front of the customer to eat on the spot.

“The difference between our ice cream and traditional ice cream is that we do not churn the milk/cream mixture, which incorporates air,” says Bui. “Instead we spread the mixture on top of a cold plate and add different toppings and ingredients.” 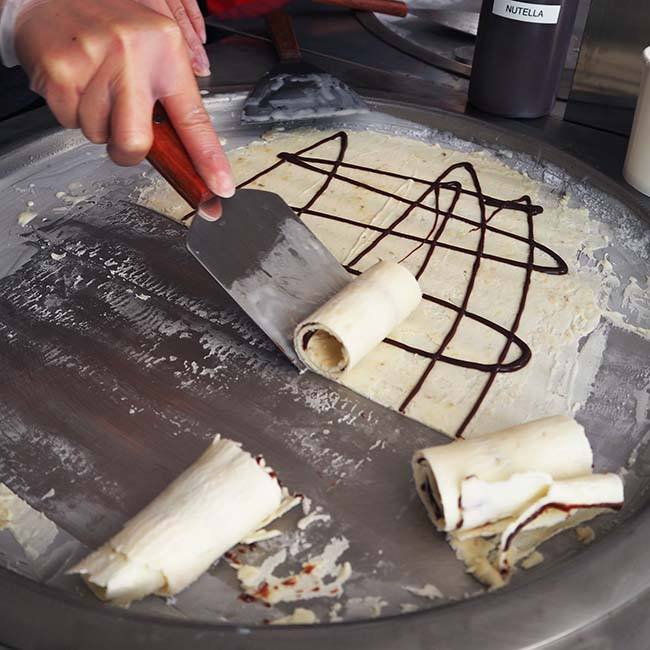 It is during this “flash freezing” phase, that Bui and Chen chop and mix the iced-treat to infuse the flavours together.

“Once we are happy with the texture and consistency, the mixture is thinly spread onto the cold plate and scraped into rolls,” remarks Bui. 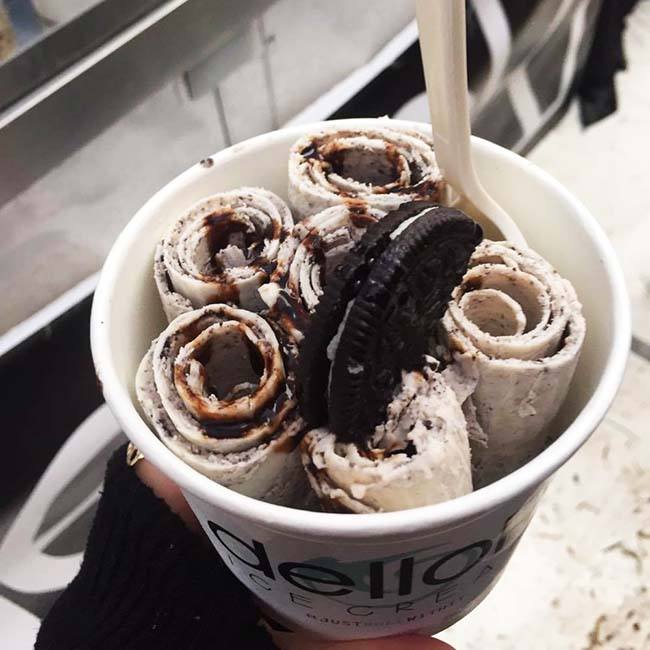 “The customers get to see ice cream being freshly made within minutes, which we think is pretty cool and exciting to watch,” says Bui.

Since delloR’s ice cream is made-to-order, Bui and Chen don’t need to add any additional preservatives or fats. 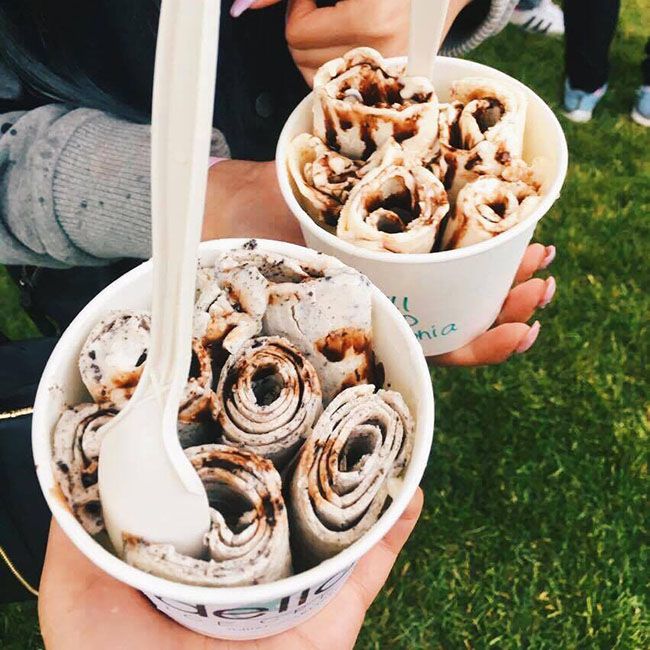 While most of delloR’s current flavours will most likely stay on the menu, Bui hints that they’re going to introduce a couple of new flavours at their next event and hopefully more throughout the summer.

Currently, delloR is doing the summer market rounds. The best way to track down the frozen treat vendor is via their social media pages: Facebook, Twitter, and Instagram.