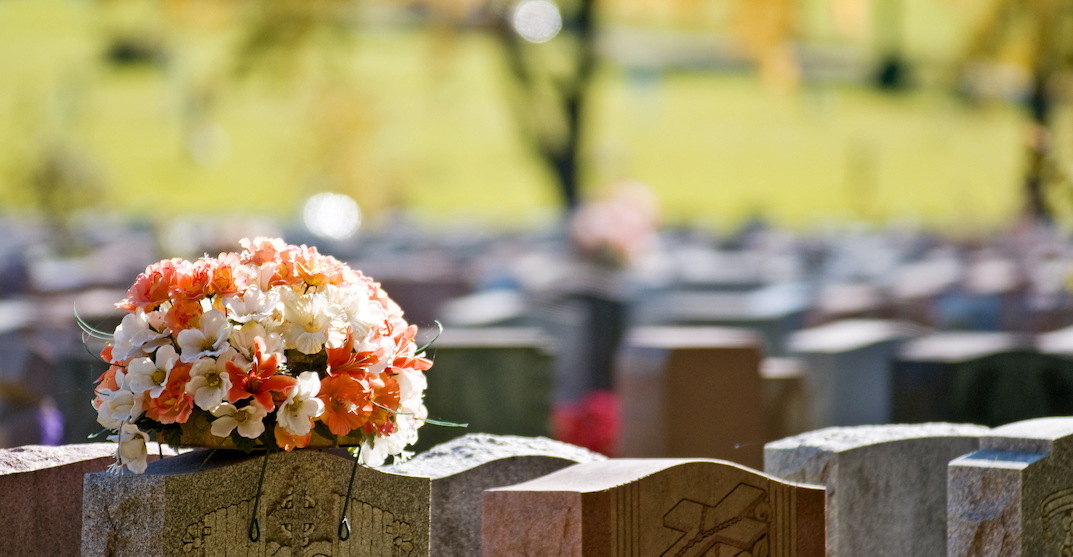 Someone in Alberta might be a little too excited about the upcoming spooky season.

A release from Morinville RCMP states that they’ve received reports of numerous damaged headstones at a local cemetery.

Police note that the damage was found at the Anglican Church Cemetery in Gibbons, Alberta, and it is believed that several headstones and flower pots were knocked over between September 8 and 9.

Gibbons is located in central Alberta, just north of Edmonton.

The release also noted that a wooden cross had been removed from one of the cemetery’s headstones and has not yet been located.

Anyone with information on the incident is asked to contact the Morinville RCMP at 780-939-4520.