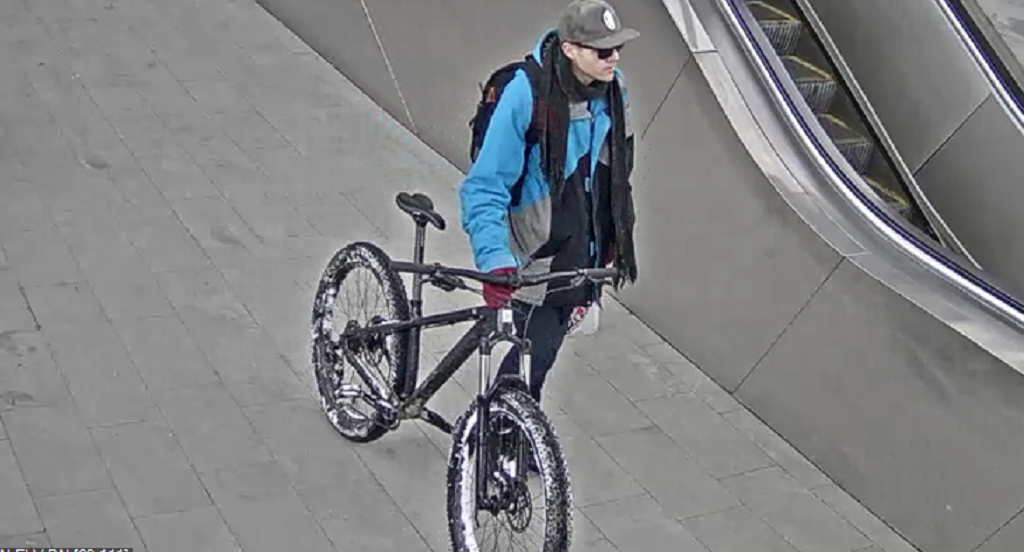 The Calgary Police Service has released photos of a suspect they believe may have been responsible for a garage fire in early February.

A recent release from CPS states that a rear detached garage on the 700 block of McDougall Road NE in Bridgeland had caught fire at around 3 pm on Sunday, February 2.

The owner of the property was home at the time but was unaware of the fire until response crews arrived.

An investigation found that a suspect had been last seen in the area of Edmonton Trail and 1st Avenue NE that day, who the police believe may have been responsible for the fire. 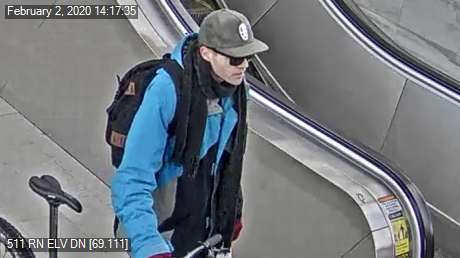 The man can be seen in CCTV footage from the Bridgeland/Memorial LRT station in the hours prior to the fire, and he is described in the release as around 5’10” to 6′ tall, with a slim build, and wearing dark jeans, a blue and beige jacket, grey baseball cap, grey scarf, and sunglasses. 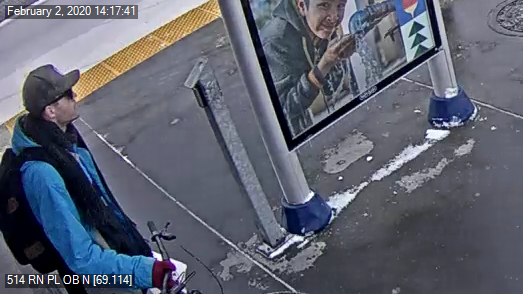 Anyone who knows the identity or whereabouts of the suspect is asked to contact the Calgary Police Service’s non-emergency line at 403-266-1234. Tips can also be left anonymously through Crime Stoppers by calling 1-800-222-8477 or through their website.