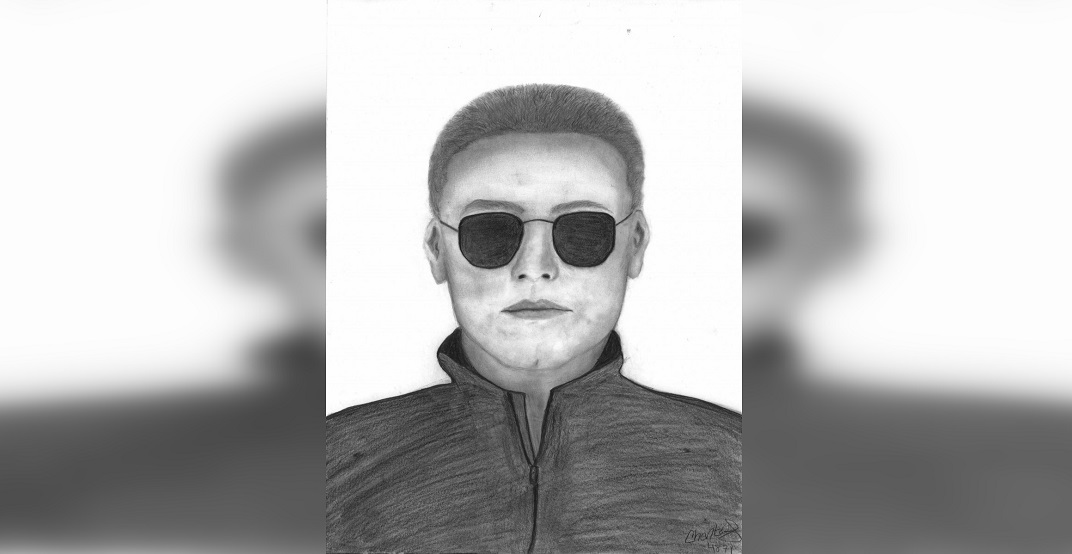 The Calgary Police Service is hoping for the public’s help in identifying a sexual assault suspect.

According to a release from CPS, a man allegedly approached a woman from behind in the Parkdale neighbourhood at around 6:20 pm on September 27.

The man then allegedly groped the woman from behind in the 1st Avenue and 25th Street NW area, then proceeded to flee on foot.

Police have shared a composite sketch of the male suspect, as well as the following description:

“He is described as white, 6′ tall with an average build and short dark hair. He was wearing sunglasses, an orange and red athletic jacket and shorts.”

Anyone with information about the incident or the identity of the suspect is asked to contact the Calgary Police Service’s non-emergency line at 403-266-1234.