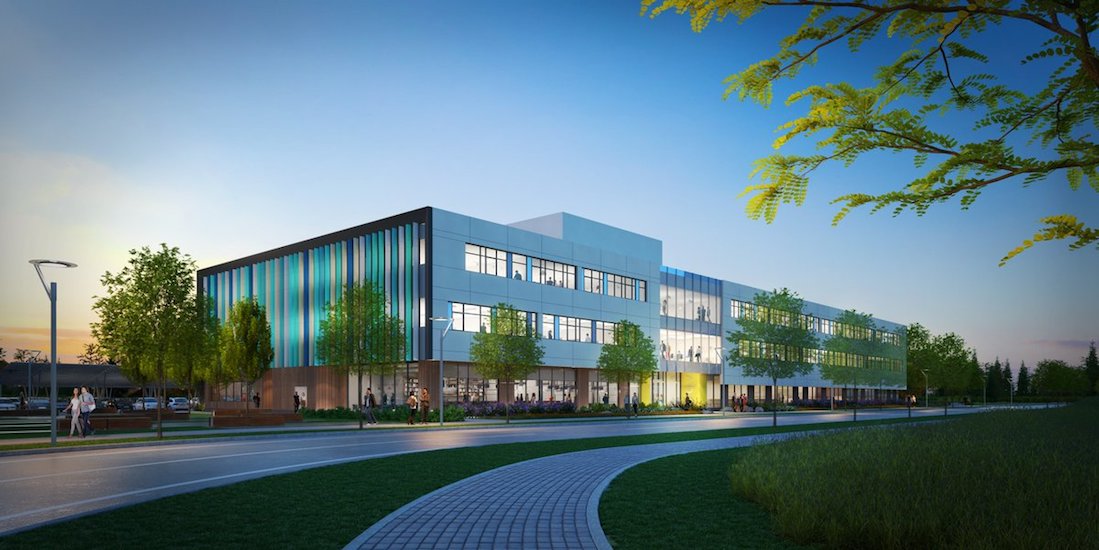 A property in Ontario has been awarded the Zero Carbon Building – Design certification by the Canada Green Building Council (CaGBC).

This is the first time a building has earned the Zero Carbon certification, making it the greenest building in Canada.

The Cora Group announced last week that it was awarded the certification for evolv1, a new commercial multi-tenant office building now under construction in Waterloo, Ontario.

Evolv1 is one of 16 projects across Canada to be selected by the CaGBC to participate in a two-year pilot of its new Zero Carbon Building Standard.

According to the group, in order to receive this certification, evolv1 had to demonstrate zero carbon design excellence, showing that it has: modeled a zero carbon balance for future operations; incorporated a highly efficient envelope and ventilation system to meet a defined threshold for thermal energy demand intensity; and designed onsite renewable energy systems capable of providing a minimum of 5% of building energy consumption.

“We are incredibly honoured that evolv1 has been recognized as the first building in Canada to earn Zero Carbon Building – Design certification,” said Adrian Conrad, COO, Cora Group in a release.

“It is extremely satisfying for all involved to have our work nationally recognized. evolv1 represents a project that goes well beyond ‘building sustainably.’ We firmly believe it sets a new benchmark for green building design and construction.”

What does it take to build Canada’s greenest building? If you ask Adrian Conrad, it’s a combination of vision, teamwork, a bit of luck and a lot of persistence. Read the story behind the making of #evolv1 on our blog today, https://t.co/FNGXGXWvDS pic.twitter.com/6l2EH70WZJ

Due for completion in Summer 2018, the high-performance building incorporates triple glazing, a solar wall for preheated ventilation, a geo-exchange/VRF HVAC system, three-story green wall, and a combination of photovoltaics.

“As the first project to earn Zero Carbon Building – Design certification in Canada, evolv1 stands out as an innovator and a true leader for the industry,” said Thomas Mueller, president and CEO of the Canada Green Building Council.

“The shift to zero carbon buildings is a critical step in reaching our climate change goals in Canada. Through innovative projects like evolv1 the building industry can lead the way in the fight against climate change.”