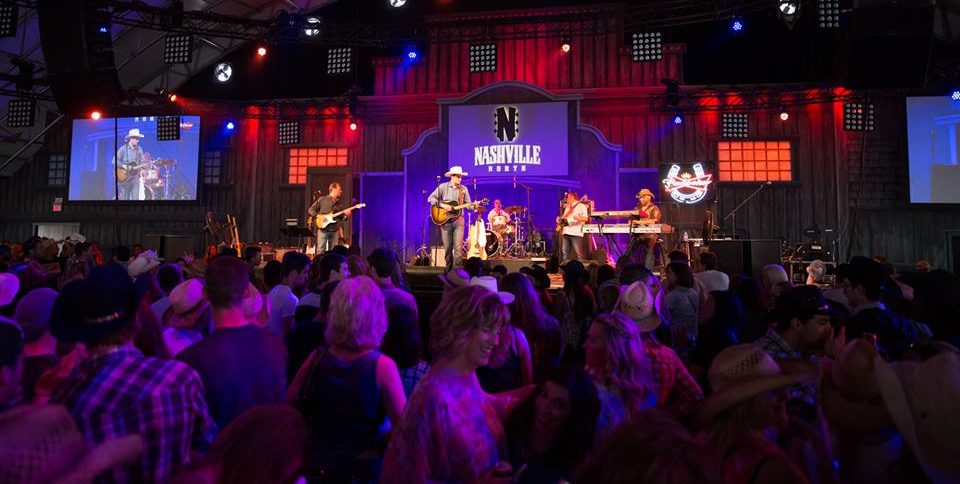 July is full of sunshine (hopefully), and music. From the concerts at the Stampede, to our annual Folk Festival, there is a lot to see in terms of live music this month. Check out our July concert listing below!

Nova Scotia’s very own Joel Plaskett is in town to celebrate Canada Day. Besides the parties and the fireworks, The Zolas are set to join the stage to provide the soundtrack to the evening.

Canadian country musician Tim Hicks is helping us kick off the Calgary Stampede! One of our faves, Hicks is known for his high energy performances and he’s bound to leave us with a memorable Stampede show.

Blink 182 has gone through some major changes since 2011’s Neighborhoods. Founding member Tom DeLonge is out (bassist Mark Hoppus called his exit “a friendly divorce”) and the other guys are soldiering on with their new album California. The band will play in several Canadian markets this summer including Toronto, British Columbia, and a show at the Cowboys Stampede Tent in Calgary.

Babelicious German duo Milky Chance are the best mix of folk, reggae and alternative, with catchy lyrics. They bring their dancey-style tunes to the Stampede this year as part of the  concert series.

Canadian country-rock legends Blue Rodeo return to Calgary to help celebrate the Stampede. Fans can expect to groove along to soft hits like “Try”, “Lost Together”, and “Hasn’t Hit Me Yet”, among others.

Calgary is set to jump round to the classic beats of Irish rap stars House of Pain on July 11. The band released three huge albums in the 90’s before frontman Everlast split to do the solo thing (remember “What’s It’s Like?” That was him!)

More Stampede goodness, this time courtesy of Thomas Rhett. The American country superstar is sharing a bill with Brett Kissel at the Cowboys Stampede Tent. This is one country line-up made in country music heaven.

Where: Cowboys Dance Hall – 421 12th Avenue SE
When: July 12, 7 pm
Tickets: Although general admission is sold out, some package tickets are still available online at $149.80.

If you want crazy, look no further than heartthrob Hunter Hayes, who performs in Calgary in July 13. His song “Wanted” was one of the best-selling country singles of the decade so far and received a Grammy nomination for Best Country Solo Performance.

It’s a nice month for a Stampede AND a white wedding, don’t you think? Spiky haired rocker Billy Idol will rock the Southern Alberta Jubilee Auditorium on July 13, and fans can expect to see fog machines, a leather jumpsuit or two, and the singer’s trademark sneer.

Celebrating its 21st year in Calgary, The Stampede Roundup brings world-class entertainment to the city while fundraising for the Rotary Club of Calgary. This year’s event will host Moist, The Cult and close out with KISS. Your ticket will also get you into the official after party at Wildhorse Saloon. Transportation will be provided.

Country-fried southern rockers Zac Brown Band are a tour-de-force on the road, continually selling out arenas through out North America. The guys are back with their Black Out The Sun Tour, in support of their most recent album Jekyll + Hide which was a hit with fans and critics alike.

Calgary’s 28th annual Oxford Stomp returns with the Stampede this July. Get ready to hear performances by Don Henley, Serena Ryder, Matthew Good, and Vertical Horizon, all in the name of a good cause. Transportation to and from downtown core provided as well as to the official afterparty at Wildhorse Saloon & National Beerhall on 10th.

Calgary is set to welcome a double-dose of hip hop hypemen, when Ice Cube and Flo Rida blow through town on July 17. Cube was inducted into the Rock & Roll Hall of Fame last year with his iconic N.W.A. outfit, while Flo Rida has one of the best-selling rap songs of 2016 with “My House”.

The 37th Calgary Folk Music Festival is almost upon us. With over 60 artists from all over the world, and in the beautiful setting of Prince’s Island Park, this is one of Canada’s most buzzed about Folk Festivals. From Braids to Jose Gonzalez, this is quite the line up!

Peter Gabriel and Sting are one of few artists to leave their enormously popular groups (Genesis and The Police, respectively) only to achieve massive success as solo artists. The guys are touring together for the first time ever, and fans can expect both singers to perform alone and to duet on eachother’s hits.

One of North America’s hottest EDM festivals is coming to Calgary on July 30. This year’s edition of Chasing Summer will feature dance music superstars like Martin Garrix, Hardwell, the Chainsmokers and lots of others.