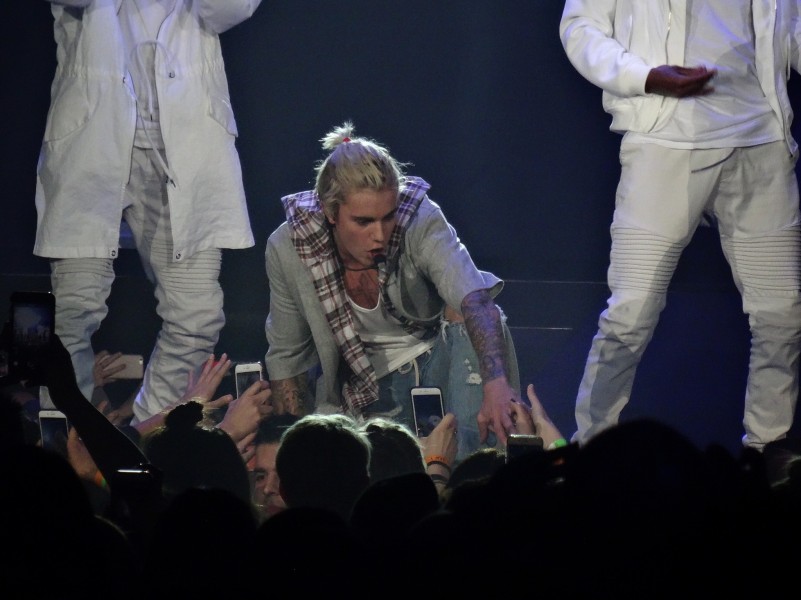 It’s summer time in the city and the concerts are rolling through. From legends to Bieber fever, Calgary’s mix of shows should please all music tastes in June. Check out our picks for concerts this month in our city!

English electro-house/dubstep producer Feed Me, whose latest EP A Giant Warrior Descends on Tokyo came out in 2015, is in town this weekend. Known for his massive hit “Love is All I got” with Crystal Fighters, Feed Me (who also DJ’s as Spor) is a veteran in the scene.

Hide your kids and hide your wives because heavy metal rockers LoG blow through Calgary on June 4. The band released their seventh album VII: Sturm und Drang in 2015 and once their North American shows are completed, they’ll embark on an Australian tour with Slipknot.

Brand New’s fan base is dedicated. Their current tour, which often has two back to back dates, have sold-out across North America. After Jesse Lacey’s “I’m going to tell you right here and now, this isn’t going to last much longer,” confession on tour in October, 2015, fans are bracing themselves. But an upcoming release may also bring another Brand New tour later this year.

James Taylor is a phenomenally talented singer, a songwriter, a guitarist, and above all else, a really decent guy. Taylor was deeply saddened by the devastation in Fort McMurray and announced that he would donate all proceeds from his Edmonton and Calgary concerts to the Alberta Fires Appeal. The singer says he hopes his act of kindness “will make a difference and that others are inspired to join in.”

Performance in the Park

Banff is hosting some of Canada’s biggest and best talents during the city’s annual Performance in the Park event on June 10 & 11. Bahamas, Stars, Hey Rosetta!, Jenn Grant and Shad will all perform during the festival which takes place at the majestic Banff National Park. The show will go on come rain or shine, so fans are encouraged to bring blankets and cushions.

Dallas Green, who records under the name City and Colour, is celebrating the release of If I Should Go Before You with a cross-Canada tour. Fans who shell out the extra $75 for the VIP experience gain access to Green’s pre-show soundcheck and receive a vinyl copy of a rare live album.


It’s been a crazy couple of years for the Biebs – he peed in a bucked, egged a house, chased squirrels barefoot around a park, and abandoned his pet monkey at a customs stop in Germany. Sure, he released Purpose to big sales and universal praise, but is it too late to say sorry now? Find out June 13 at the Scotiabank Saddledome…

Vancouver’s horn powered Five Alarm Funk are known for their dance-filled shows, and eclectic sound. They bring their energy and funk into the city later this month.

Montreal trio Plants and Animals have been around since 2008, and have gained quite the following in the last few years. With a recently released new album, the band is back in Calgary this month.

American alternative rock band Of Montreal have been around since the late 90’s. Many band members and 13 albums later, the band is back on the road touring their 2015 release Aureate Gloom.

Legendary funny lady Carol Burnett hosts an evening filled with hilarious stories from her epic career and will take questions from the audience. The Carol Burnett Show ran for 11 years and won a whopping 25 Emmy Awards along the way. The comedienne’s memoir In Such Good Company hits stores this fall.

Another 90’s band back this month is Tiger Army. The Cali punk rockers have released five studio albums over the years, with their latest release, V•••–, out this year.

Calgary’s annual Sled Island Festival is ack this year, bringing a mix of 200 artists and bands to different venues around the city. From Peaches, to Kaytranada, this festival is filled with artists to suit all music lovers.

Singer-songwriter Josh Ritter describes Sermon on the Rocks, his eighth studio album, as “messianic oracular honky tonk”. The record is a departure from predecessor The Beast In Its Tracks and is loaded with potential hit singles like “Getting Ready to Get Down” and “See Me Around”.

Diana Ross is set to turn Calgary upside down on June 27 with a concert at the Grey Eagle Resort & Casino. In the span of 50 years, the Detroit-born diva has sold millions of albums, won a Grammy Lifetime Achievement Award, and has been an inspiration to drag queens the world over. Expect to hear hits like “I’m Coming Out” and “Love Hangover”.