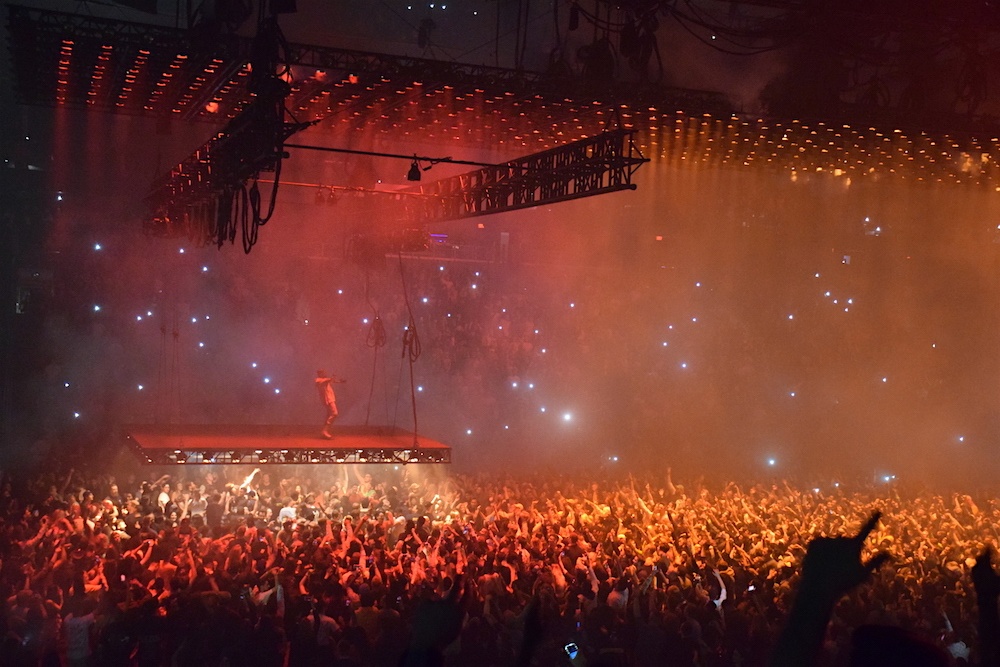 A sold out crowd filled Edmonton’s Rogers Place on Saturday night, eagerly waiting for Mr. West to show up.

General admission tickets said to arrive at 7pm, but concert goers on the floor didn’t have any opening acts or DJ’s to help tide them over until the man himself showed up after well after 9pm.

As the lights went dim, the crowd went wild and an electric energy filled the area. Kanye was lowered into the arena, strapped into a floating stage, coming from above like the God he believes he is. 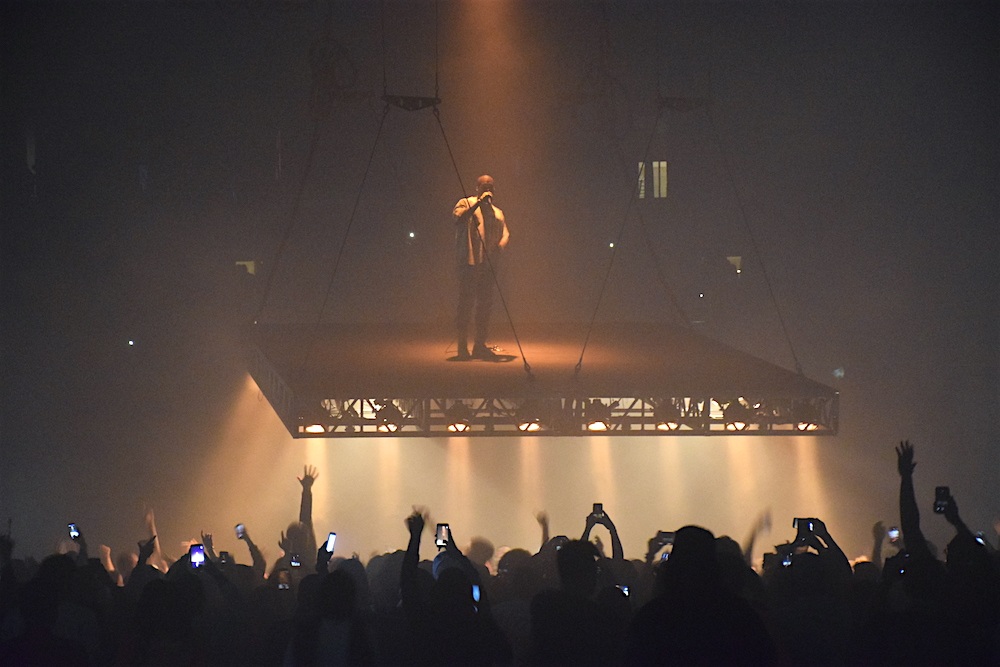 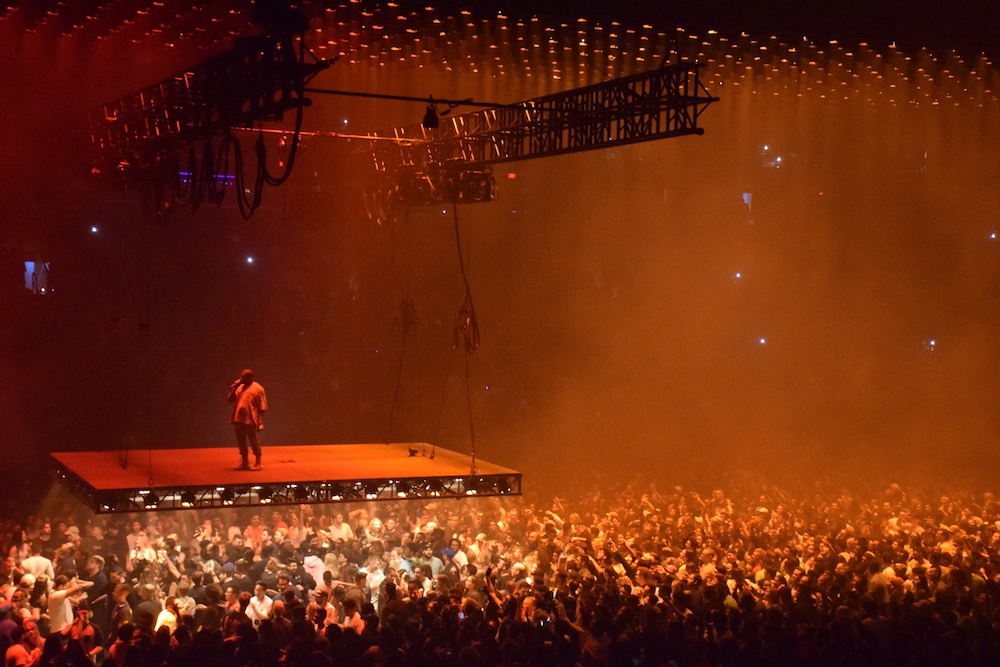 In Kanye-esque fashion, he was the centre of attention as he floated back and forth over the floor crowd.

As he got into his third song of the concert, Kanye became a bit more conversational and let loose with the crowd. Few versus into “Famous” Kanye stopped singing after: “Why? I made that b*tch famous (God damn), I made that b*tch famous,” and the crowd starts chanting Yeezy-yeezy-yeezy. He had a little more fun with it, saying, “We gotta start that song again,” and continued to stop and start again, clearly making his point to any Swift fans. 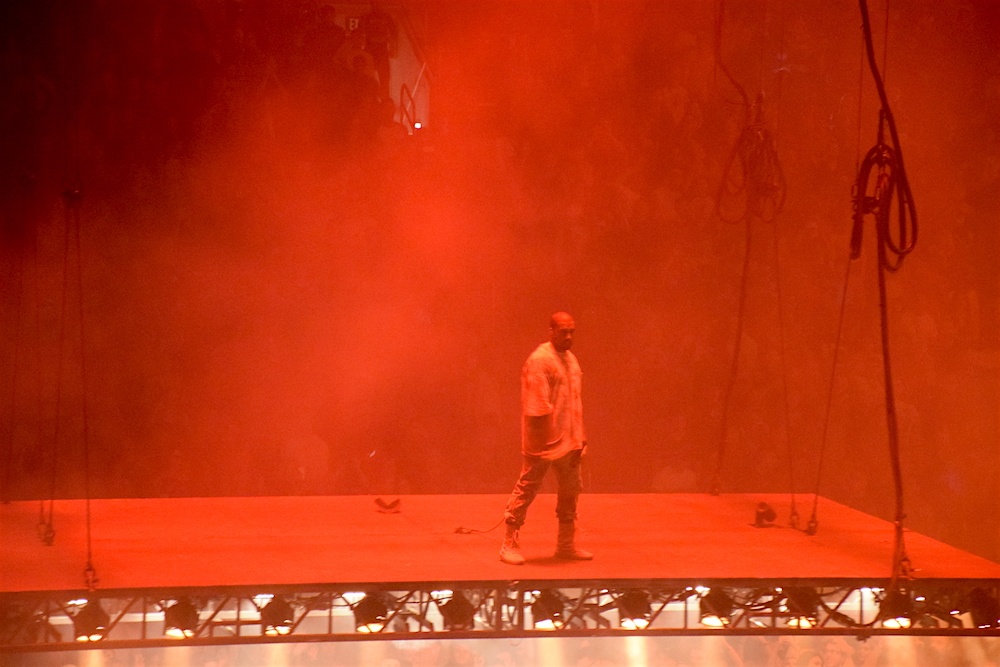 As the self proclaimed best there ever was and will be continued his set, in real Kanye-loves-Kanye style, he looked out into the crowd and said, “In 10, 20, 50 years from now you’ll be able to tell people you were here tonight. You saw history in the making.”

Visually for most of the show, Kanye stayed shrouded in an orange hue and low lighting, some people in the crowd joking that it might be a con – saying they never once clearly saw Kanye’s face. But then came the light show and Kanye’s artistic vision shone brightly.

He played old Kanye hits like Heartless, Good Life, Stronger and more. When Ni**as In Paris came on he muted the mic as the crowd sang all of Jay-Z’s lines.

All in all, Kanye came, he saw and he conquered. Not one person in the arena sat down for the whole 2 hour show and it was definitely a religious experience. 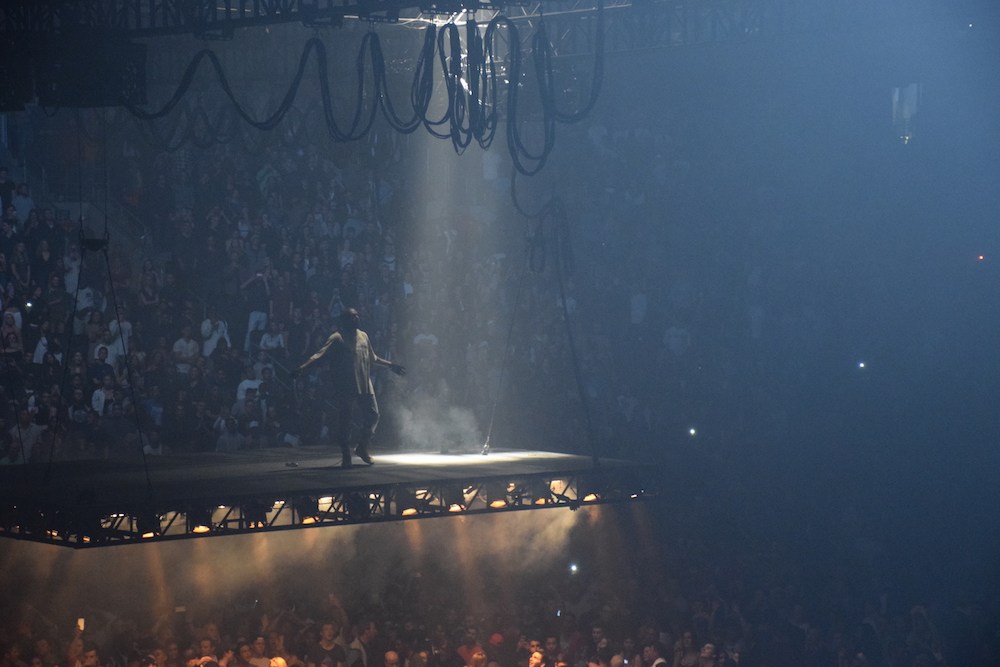