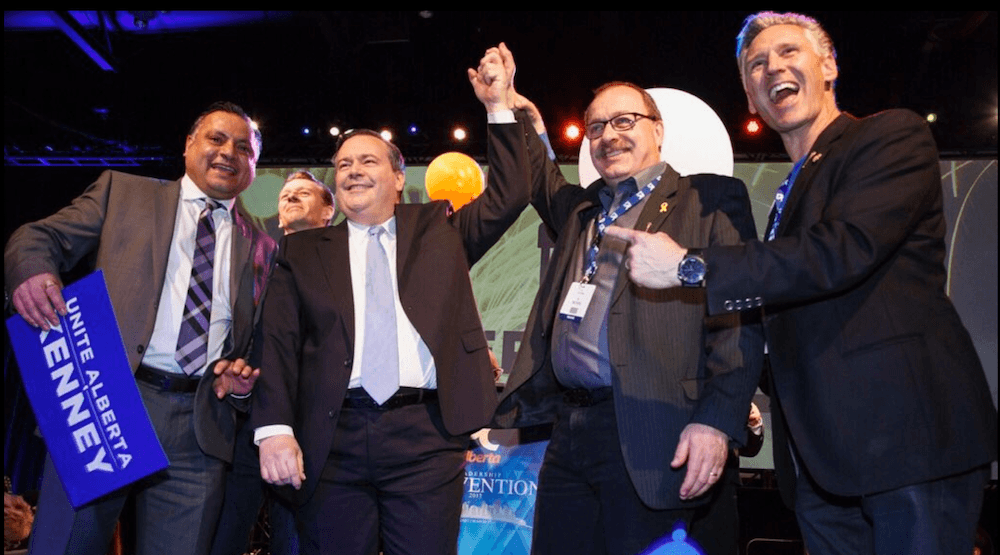 Longtime Daily Show contributor and American stand-up star Lewis Black was in Calgary earlier this month as part of his 49th Parallel Tour.

As part of his routine, the 69-year-old comedian asked people to suggest topics he could talk about, and someone in the audience helpfully wrote in to ask him to tell Jason Kenney to “fuck off.”

“Hey Lewis. We have an asshole in Alberta called Jason Kenney,” read the note which was contributed by an audience member called Tom Gillespie. “He’s trying to bring Trump politics to Alberta. Could you please tell him to fuck off for us?”

Black duly obliged, even though he didn’t seem entirely sure who Kenney, the former Conservative cabinet member who is currently running for the leadership of Alberta’s newly formed United Conservative Party, actually was.

After asking if there were any Kenney supporters in the crowd, Black proceeded to flip the bird saying: “So fuck off, Jason Kenney. Fuck off” much to the pleasure of the audience.