The Coachella Music and Arts Festival’s 2016 lineup had been announced.

Calvin Harris, Disclosure, Guns N’ Roses, Ellie Goulding and Ice Cube are just some of the big names who will perform at Coachella this April, located in California’s Palm Desert area 25 miles from Palm Springs.

The lineup was released Tuesday morning and tickets for the event, which runs two weekends from Friday, April 15 to 17 and April 22 to 24, go on sale on Wednesday, January 5 at 11 a.m. PST.

Past performers at the massive event have included Sir Paul McCartney, Radiohead, Kanye West, Jay-Z, and many more.

General Admission passes start at $399 US. Will you be traveling to Coachella?

Highlights from the Coachella 2016 lineup: 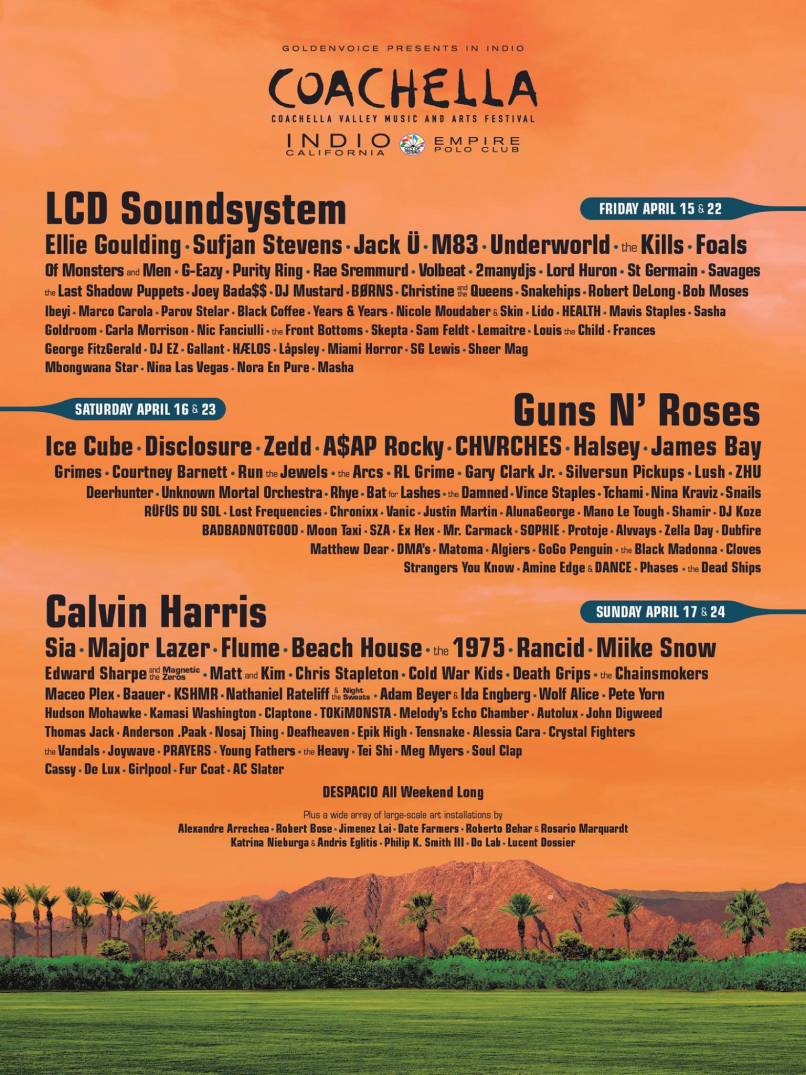