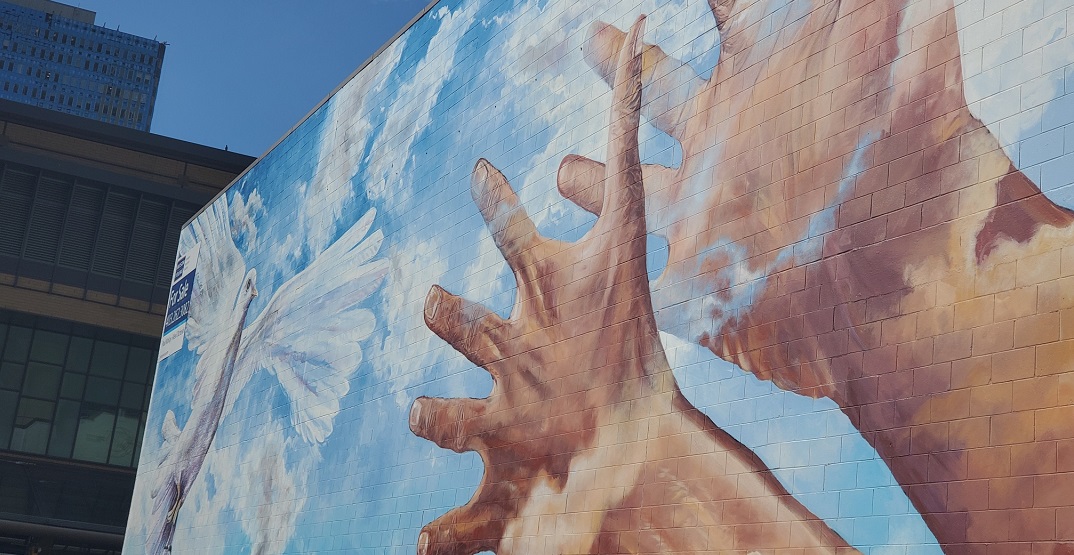 Approved by City Council earlier this summer with $120,000 in funding, the project expected to see four city-wide murals painted over two phases, the first of which was supposed to have been unveiled this October.

The project, which is a collaboration between Calgary Arts Development (CADA), The Beltline Urban Mural Project (BUMP), and BIPOC/LGBTQQIP2SAA+ event group Pink Flamingo, “is a response to the current and historical Black Lives Movement taking place in our city and worldwide,” a July Facebook post from Pink Flamingo states.

“Under the current circumstances of our socio-political climate, it is crucial that we find the capacity to come together to meet, rebuild, and re-imagine our present way of relating to one another and to our future.”

However, the group announced that the project would be postponed until 2021 and the first mural relocated as a result of racism and threats directed at the group in August.

“Pink Flamingo will be postponing our mural project to Summer 2021 due to the violent viritol, racism, and threats we have received in the last 36 hours. We do not wish to add to the harm our community experiences,” the update states.

While much of the pushback against the mural was centred around its location and the subsequent removal of Doug Driediger’s 25-year-old Giving Wings to the Dream, Pink Flamingo noted that they “would not have gone ahead if we did not understand our correspondence as supportive, or at worst, neutral,” after reaching out to Driediger about replacing the original mural.

They also stated that the planned location for the first mural was announced weeks ago to little backlash but that the narrative had changed over the past week making it unsafe to create BLM murals in Calgary this year. 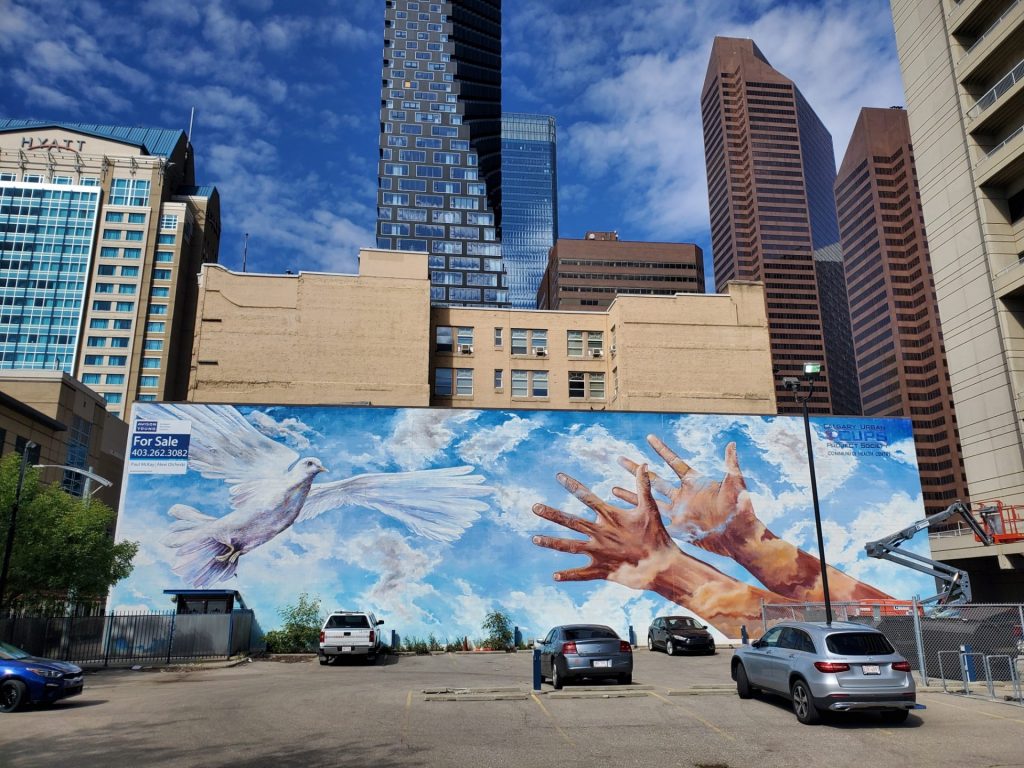 “The city is not ready. But we are,” the post reads.

“Let’s take ourselves on this journey together while we prepare to show the world that Black Lives Matter and art will be done about us, by us. We deserve the same funding opportunities and visual representation as all of the non-Black artists in this city and we know in our hearts that the support necessary will be there.”

The past week saw multiple online petitions calling to relocate or cancel the BLM mural project, with a Change.org petition seeing over 7,000 signatures, and a Rebel News petition reaching just under 4,000.

The creator of the change.org petition “Relocate The Proposed BLM Mural In Calgary,” Maka Onwudiwe, noted that the petition was created not in opposition to the mural project nor to BLM, but just to its location.

“The BLM movement represents inclusivity. With the current state of the world and the misinformation that has been spread about the BLM movement, we believe this location choice only adds to the chaos. The act of covering a historical and racially inclusive mural about disenfranchised Calgarians with one that only directly recognizes one group is a contradiction of what the BLM movement stands for,” wrote Onwudiwe.

“As supporters of the BLM movement, we are signing this petition to show that we do not support the location of this mural. This location choice has already instigated arguments and negative publicity about BLM and does not properly represent the global movement.”

Onwudiwe also noted in an update that, while some supporters of the petition may be opposed to BLM as a whole, “this is still an example of people working together to achieve a common goal.”

An August 13 Instagram post from community-based organization Action Dignity contained both a letter of solidarity with Pink Flamingo, as well as some examples of the hateful rhetoric being directed at the mural project’s organizers.

We do not tolerate racism and hate. ActionDignity stands in solidarity with @pinkflamingoyyc.

“Regardless of opinion on the location, we want the community to come together and ensure that racism, threats, and harassment are simply not tolerated,” the letter from Action Dignity states.

“At this point, the backlash toward the mural is no longer about location, but it had become a platform of the violent hate that has become rampant in this city. The hate that Pink Flamingo has been receiving is horrifying and it is frightening to any community organizer in the city.”

Some of the comments shown in Action Dignity’s post include a threat to vandalize the BLM mural, calling the mural a “ghetto pic,” and stating that organizers are “fascist cunts.”

A release from the Beltline Urban Mural Project noted that painting over older murals to bring new artwork to the city is common practice.

“We believe murals are a powerful public art medium that can help build community, promote dialogue and enrich our cultural landscape. But murals are not made to last forever. Rather, they are part of an ongoing dialogue across communities. BUMP itself has commissioned new murals on walls with existing murals, as has CMLC in the East Village without being the targets of hatred or vitriol,” the release states.

“While the Giving Wings to the Dream mural brought the important message of hope and compassion to this prominent wall when it was painted 25 years ago, we should not sacrifice those same values in service of preserving a painting. This wall could have helped continue the conversation around compassion in today’s context.”