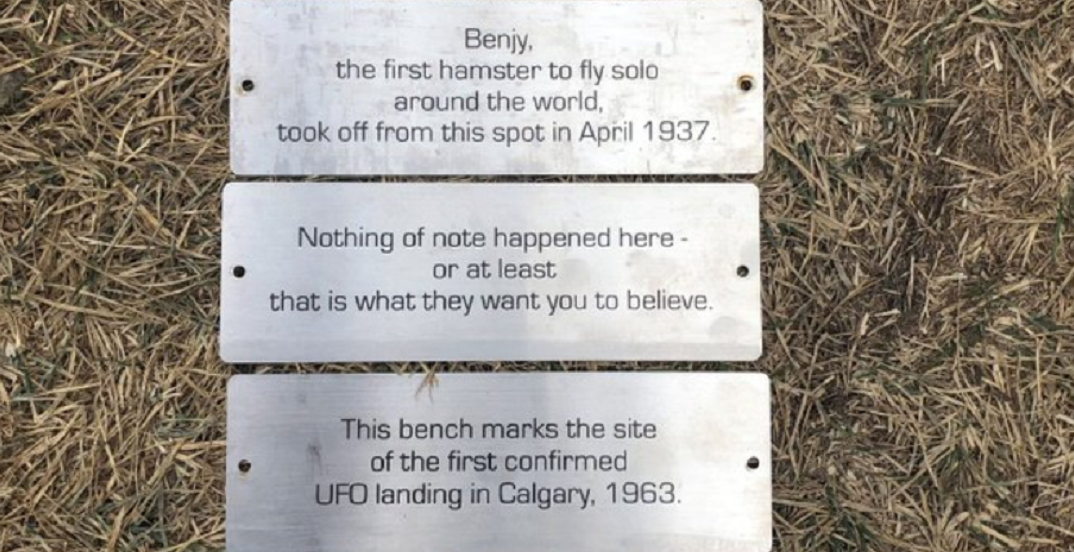 The prank plaques are sticking around Bowmont Park.

Unfortunately, once the City of Calgary got word of the fun, they decided that the plaques would need to be removed, given that they were, in a way, akin to graffiti.

The public was not exactly pleased with the decision, and many citizens sent messages and left comments for the city on how much they had enjoyed the plaques.

The city listened and on October 7, they announced on social media that the plaques would be reinstalled on benches throughout Bowmont Park.

Earlier this week, it came to our attention that someone had installed bench plaques at Bowmont Park. Due to our policy around commemorative plaques and graffiti, we removed them.

But we heard from Calgarians that you loved the sayings and you wanted them to stay. (thread) pic.twitter.com/P6cuttLWof

“As The City, we have to err on the side of caution – but in this case, it was a bit too cautious,” The City of Calgary tweeted.

“Listening to what’s important to Calgarians is part of our job. If we can make changes for a better outcome, that’s what we’ll do.”

The six signs have been placed throughout the park, and the city even challenged Calgarians to try to find all of them on their next nature walk.

The city also noted that anyone hoping to purchase a commemorative or memorial plaque can do so through the Parks Foundation of Calgary. The official plaques cost $4,200 for a 10 year term on a bench, and $4,900 for a picnic table.