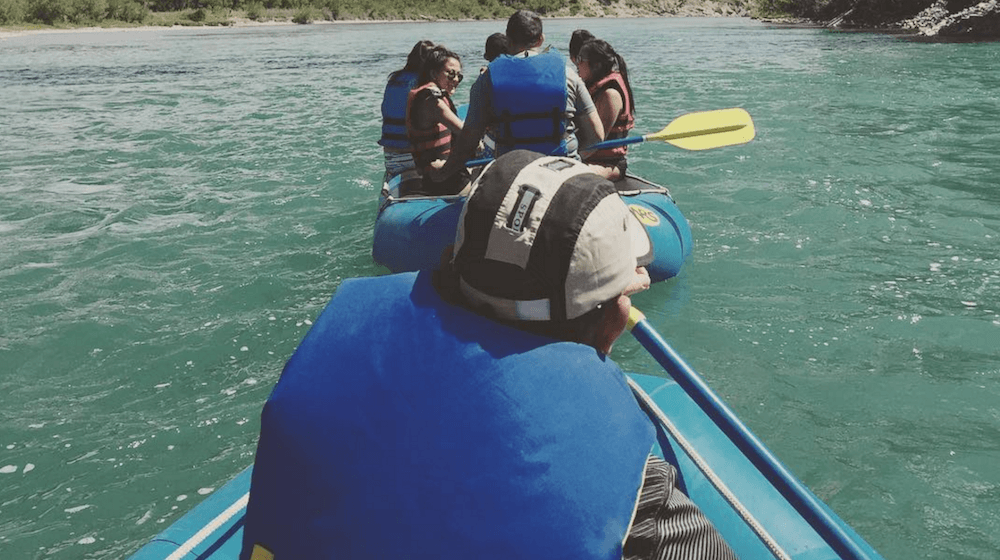 The gorgeous weather might make you want to float on the bow this week, but the City of Calgary is advising against it.

Water on the Bow is too cold, too fast and too high.

“The current flow rate on the Bow River is 293 m3/s — which is higher than we’ve seen in the last two years,” said Public Information Officer at the Calgary Fire Department, Carol Henke. “Runoff from melting snow in the mountains is causing very cold water temperatures, increased floating debris and high turbidity in the Bow River, which makes for very poor visibility and dangerous conditions.”

Members of Calgary Fire and Calgary Police marine units will be monitoring the river while the advisory is in place. but The City advises everyone to stay off the Bow River until conditions improve.

Officals also say it’s important for people near the river to be aware of high flow levels. “Calgarians are urged to exercise caution around river banks as the fast-moving water can cause erosion and river banks can collapse,” said Henke.