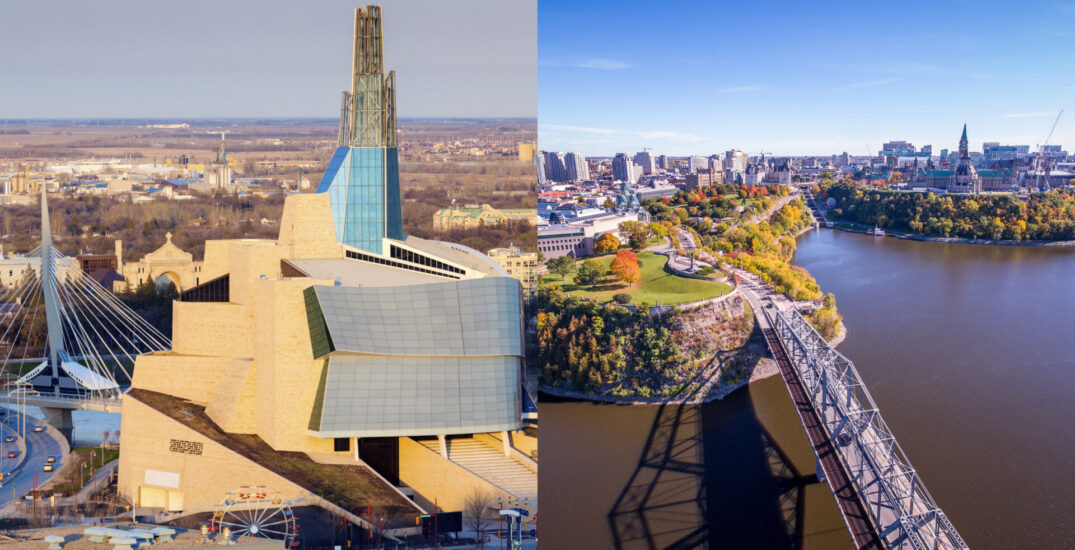 Summer is quickly approaching and, with wildly high fuel prices, flying on low-cost airlines from Calgary instead of driving might help you save some cash this year.

Luckily, there are 10 destinations across Canada you can fly to for under $100 one-way with Flair Airlines and Lynx Air.

Sure, you might have to do some tinkering to find those perfectly priced summer dates, but hey – it’s worth it for these budget-friendly deals.

So pack your bags! Let’s check out all the spots you can fly to that won’t break the bank.

One-way fares from Calgary to Victoria, BC, are available through Flair this August for as low as $59, or $99 with Lynx.

Get one-way fares from Calgary to Kelowna, BC, this July for as low as $79 on both Flair and Lynx. Wine tasting, here we come.

You can find fares from Calgary to Comox, BC, this summer starting at $59 one-way on Flair. Escape to the island!

Take a trip out to Vancouver, BC, and enjoy the ocean for under $47 one-way with Flair or $49 with Lynx this June.

You can find one-way fares from Calgary to Abbotsford, BC, this June for under $47 with Flair.

Celebrate the close of summer with a trip to Toronto, ON, this September for $79 one-way with Flair, or $69 through Lynx.

Located in the Toronto area, flights to Hamilton, ON, are going for $69 one-way on Lynx this September.

Once we get through the busiest part of the summer season, you can find plenty of one-way fares from Calgary to Kitchener-Waterloo, ON, this September starting at $59 with Flair.

Check out Canada’s capital this summer! Flights to Ottawa, ON, can be found for $99 one-way with Flair.

Visit Winnipeg, MB, and explore The Forks this July for $49 one-way with Flair, or $99 with Lynx.

How to find and book these Calgary flight deals:

To find the lowest cost flights, head over to the Flair or Lynx websites and type in a departure from Calgary (YYC) to your destination of choice.

Browse through the departure date box for the cheapest date combinations. You can also adjust the trip length as needed.

Then, book your trip and start planning your itinerary. Bon voyage!