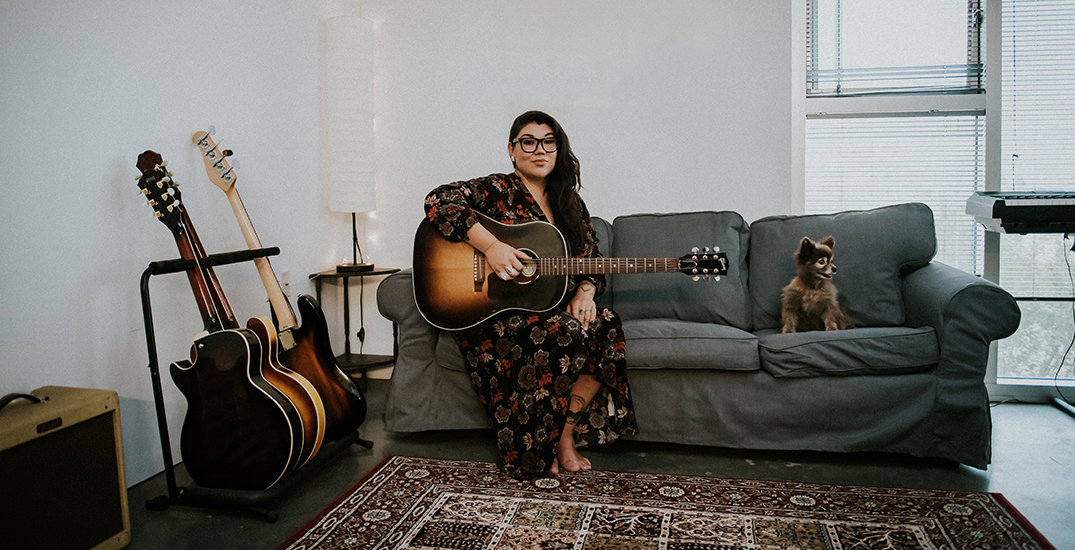 Celeigh Cardinal, a Métis singer-songwriter who lives in Edmonton, said receiving her first Juno nomination this year has been a huge honour.

She’s up for the Indigenous Artist of Group of the Year award for her album Stories from a Downtown Apartment. Other nominees include Digawolf, nêhiyawak (a group also from Edmonton), Northern Haze, and Riit.

“It feels very validating,” she said of the nomination. “It makes all of the sacrifices that myself and my family as made over the years feel like it’s truly worth it.”

Cardinal’s soulful voice resonates on her tracks, sharing emotion alongside piano, drums, and guitar. She hopes her music gives people permission to relate to how she feels, the told Daily hive.

“It’s just a lot of stories of my life,” she said.”It’s love, it’s heartbreak. It’s the love of my hometown.”

Cardinal grew up in Grande Prairie, in northwest Alberta’s Peace Country. She remembers performing solo for the first time at age four, for her church. By 19 she was singing for bands, and in her 20s she embarked on a solo singing and songwriting career.

She wanted to move to Edmonton in her early 20s at first, but the move was delayed when she found out she was pregnant. She made it to the city eventually, and says that’s where she started to really pursue music.

“When I moved to Edmonton it opened up a whole new world,” she said. “I started to meet people in the Indigenous musical community … It’s a group that cares about lifting everybody up. It’s not really self-serving … everybody wants to support each other.”

She credits training with Canada’s Music Incubator (CMI) through TD’s Ready Commitment, for helping her learn the business side of being an artist, enabling her to make music her full-time gig for the last five years.

“I just want to be able to afford to put my son through college, if that’s what he wants,” she said.

At 39, Cardinal has a varied resume that includes managing a yoga studio and directing programming at the Grande Prairie Friendship Centre. Recently, she also began hosting a radio show on CKUA, where she plays all Indigenous music every Friday.

“In 2017 I did a radio interview with CKUA, and the producer was like ‘hey she has a great radio voice’, and I started doing fill-in shows,” Cardinal said. “It came very naturally to me.”

She has a busy schedule this summer performing at music festivals, but if you want to catch her in Edmonton, she’s playing at Station on Jasper on March 28.

The Juno awards are being held in Saskatoon this year on March 15, hosted by Alessia Cara.