Over the past year, more Canadians have complained about their telecom and cable providers.

According to a report by the Commission for Complaints for Telecom-Television Services (CCTS) in its 2017-18 analysis, there was a 57% increase in the number of complaints received from Canadian telecom and TV customers, following an 11% increase the previous year.

The report stated that Canadians complained most often about non-disclosure of information, accounting for almost 15% of all issues raised across all service types.

The CCTS also reports a 29% increase in the number of Wireless Code breaches. 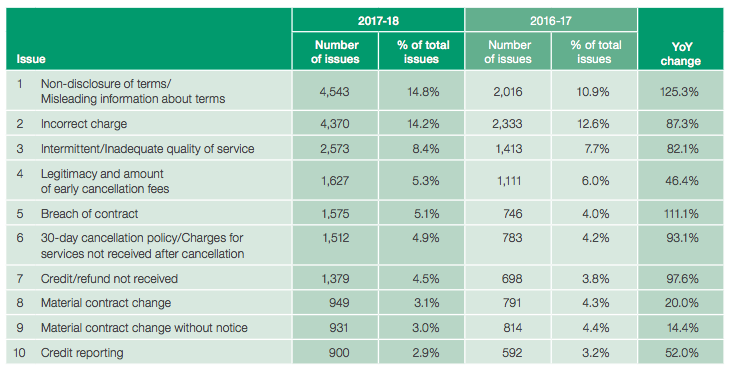 Bell, Rogers and Telus together accounted for half of all the complaints the CCTS accepted in 2017-18.

“The pattern of increasing complaints about internet is cause for concern,” said CCTS Commissioner Howard Maker, in a statement.

While there has been a significant increase in complaints, the CCTS said that 92% of complaints were successfully resolved to the satisfaction of the customer and the service provider.

“We were challenged by a significant increase in complaints this year,” said Maker.

“But our focus remained on responding to the growing demand and expectations of Canadian customers. We are happy to say that, again this year, we have met the needs of our customers and continue to offer a solution for customers who need help resolving a dispute with their service provider.”

Below is the list of service providers that have been the subject of the greatest number of complaints according to the report: 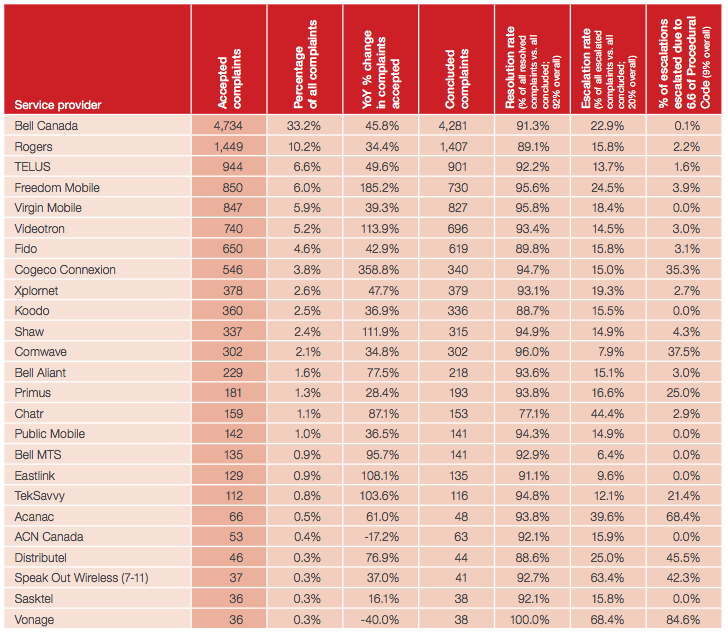