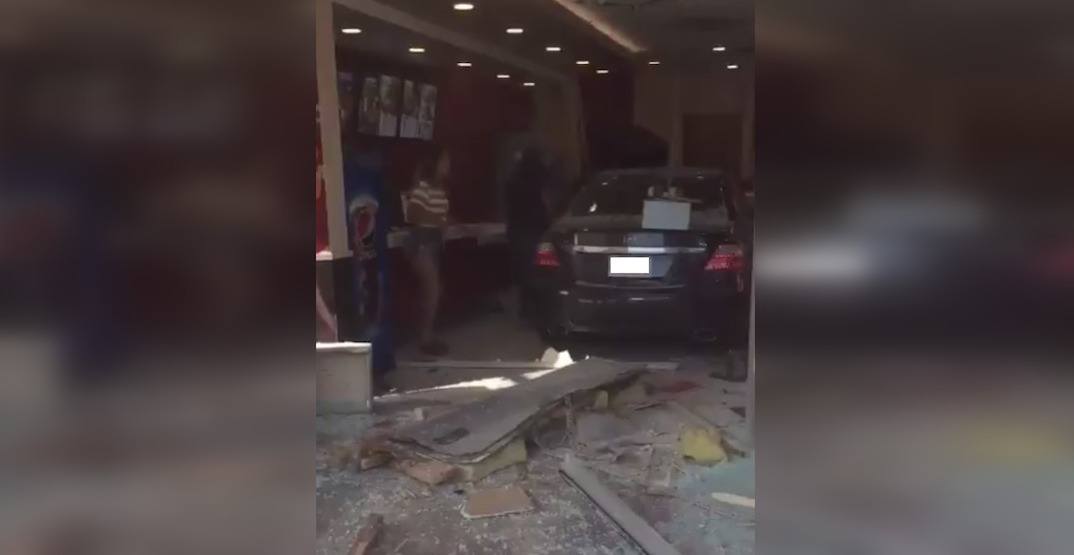 This article was updated at 1:45 pm after CPS provided corrections to a previous press release regarding the injured family’s ages and the road that was blocked off.

A grey Acura somehow ended up in front of the counter at the KFC on 17th Avenue and 12th Street SW in Calgary.

The car drove directly into the side of the fried chicken restaurant shortly after 6 pm on Monday, August 5, injuring a family of three, according to a release from the Calgary Police Service.

The release states that the driver of the Acura had been travelling eastbound down 17th Avenue SW at “a high rate of speed” when they attempted to make a sharp left-hand turn on to 12th Street due to 17th Avenue being blocked off by a fence for road construction.

The sharp turn caused the driver to crash into the KFC on the northeast corner of the intersection.

A man, 33, a woman, 30, and an eight-month-old infant were sitting at a table near the window when they were struck by the moving vehicle. The family was transported to hospital in life-threatening condition but have since been deemed stable, according to the release.

An update from the Calgary Police Service stated that the father remains in serious yet stable condition, the mother received life-altering injuries, and the infant has since been discharged.

According to witness Cassandra Raugust, the car had to be moved in order to get a man out from underneath.

Raugust uploaded a video showing the destruction of the store before emergency services even arrived, with many other witnesses attempting to help those who were hit by the car.

This just happened at the @kfc on 17 ave … the driver told me she wasn’t drinking – gawd I hope so – we had to get the car moved to get the man out from under it. Scary shit @Crackmacs pic.twitter.com/B8084V8xxE

The driver, a woman in her 20s, suffered minor injuries, according to the CPS release, and charges are currently under investigation as excessive speed is being considered a factor in the collision.

Here’s what the KFC looked like before the car smashed through its front wall: 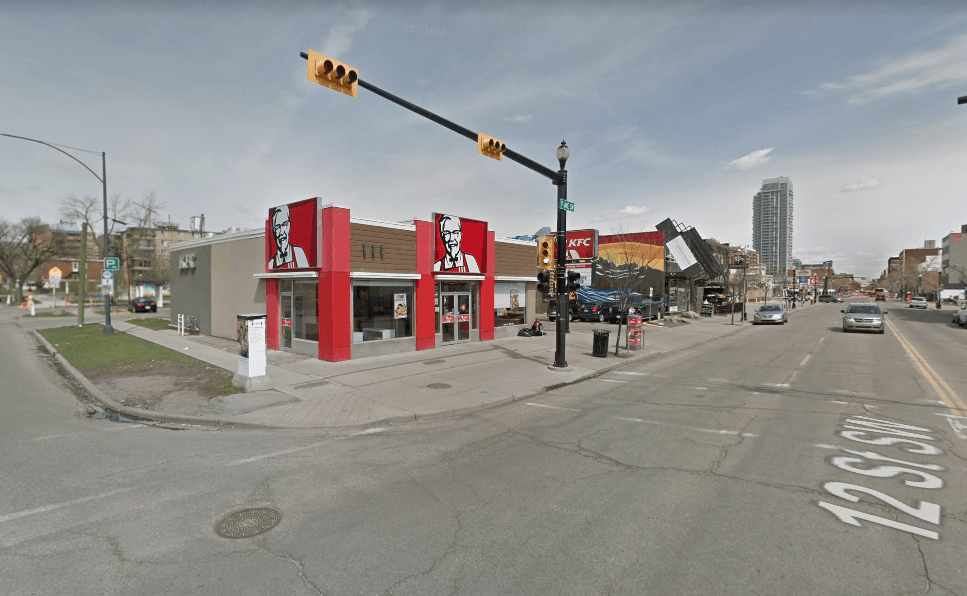