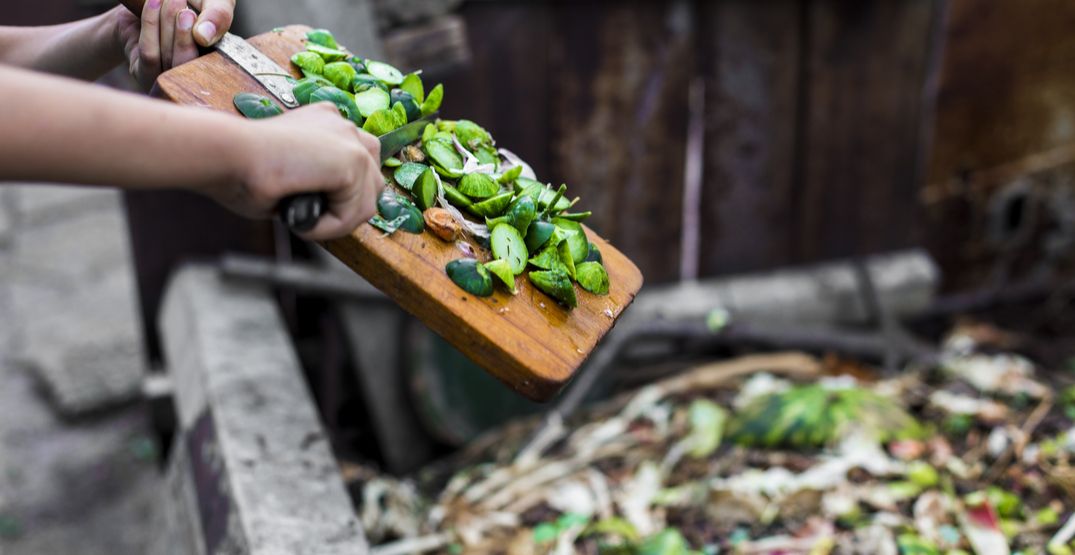 Canadians are among the biggest food wasters in the world according to a recently published report by the Commission for Environmental Cooperation. 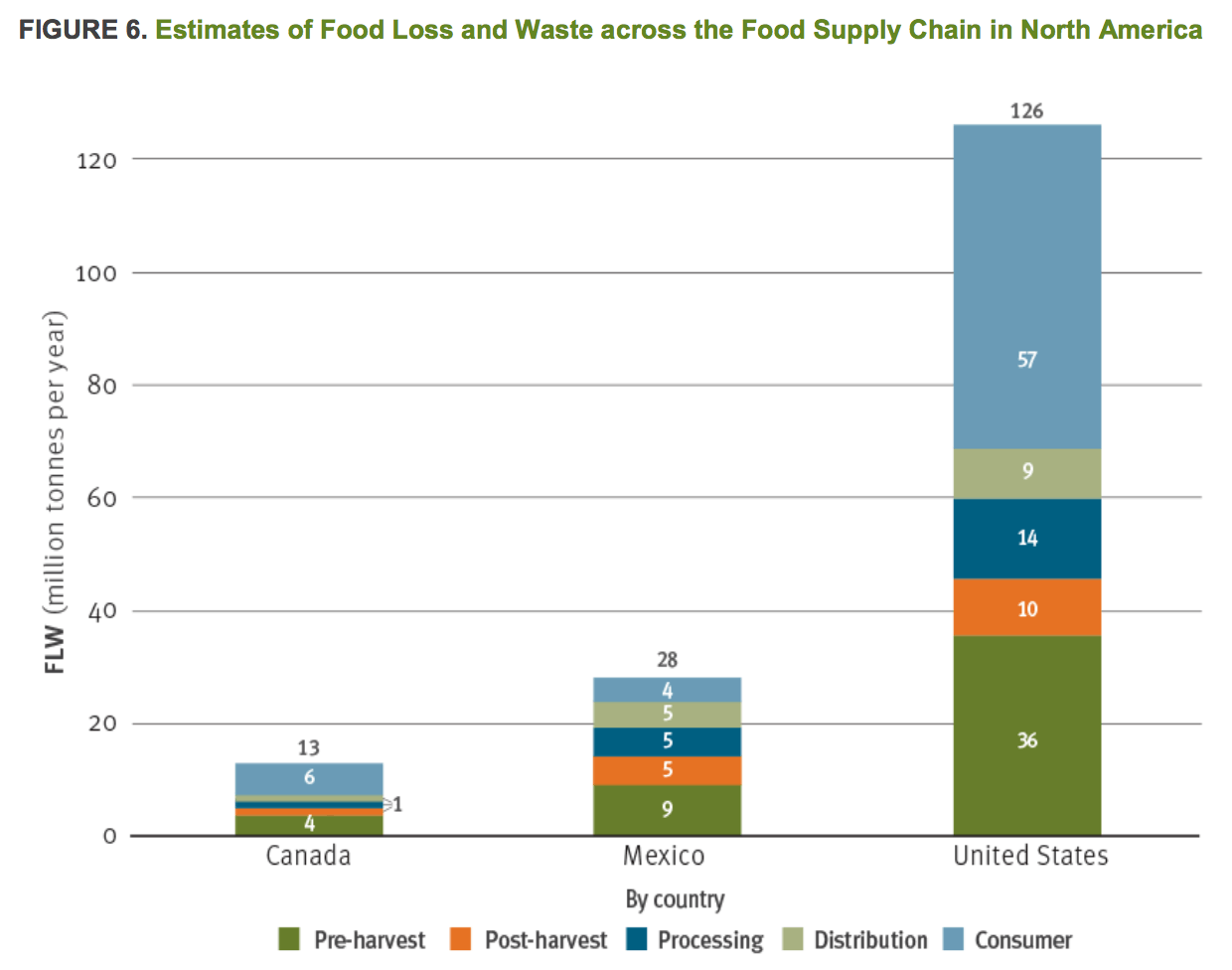 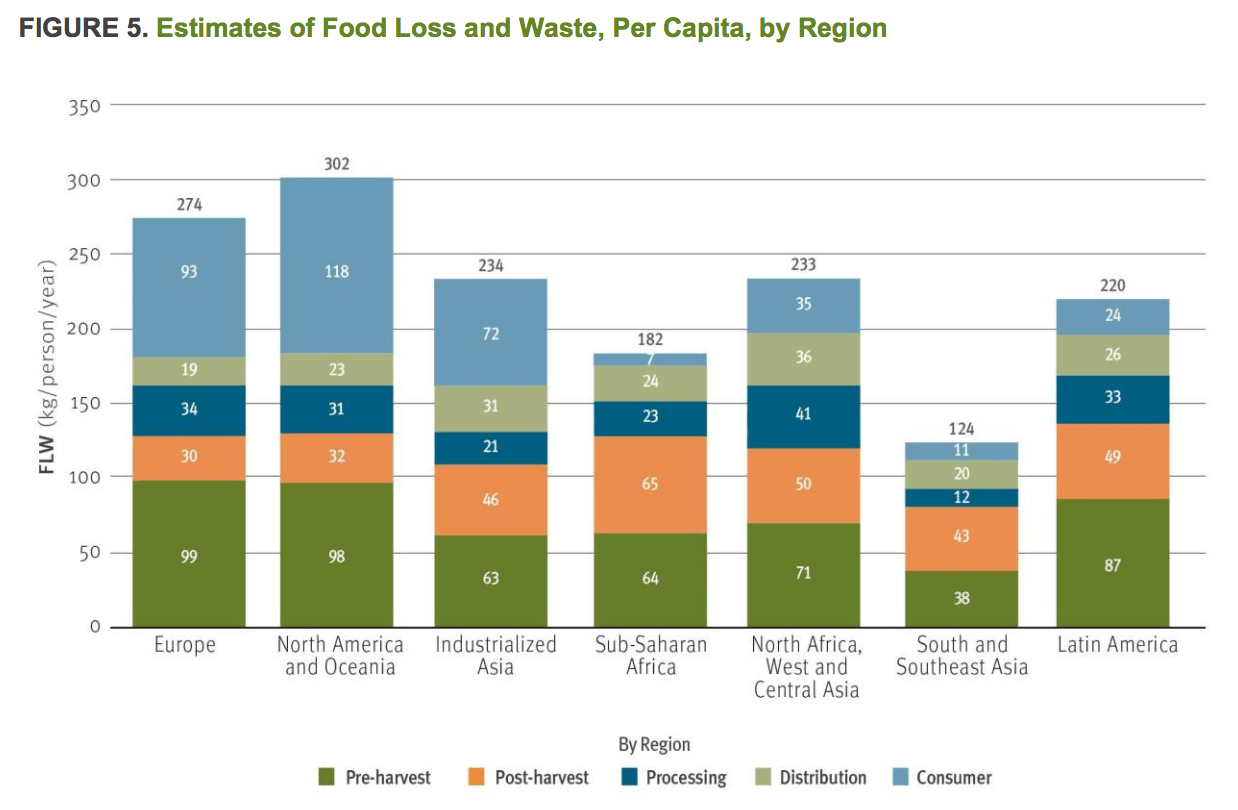 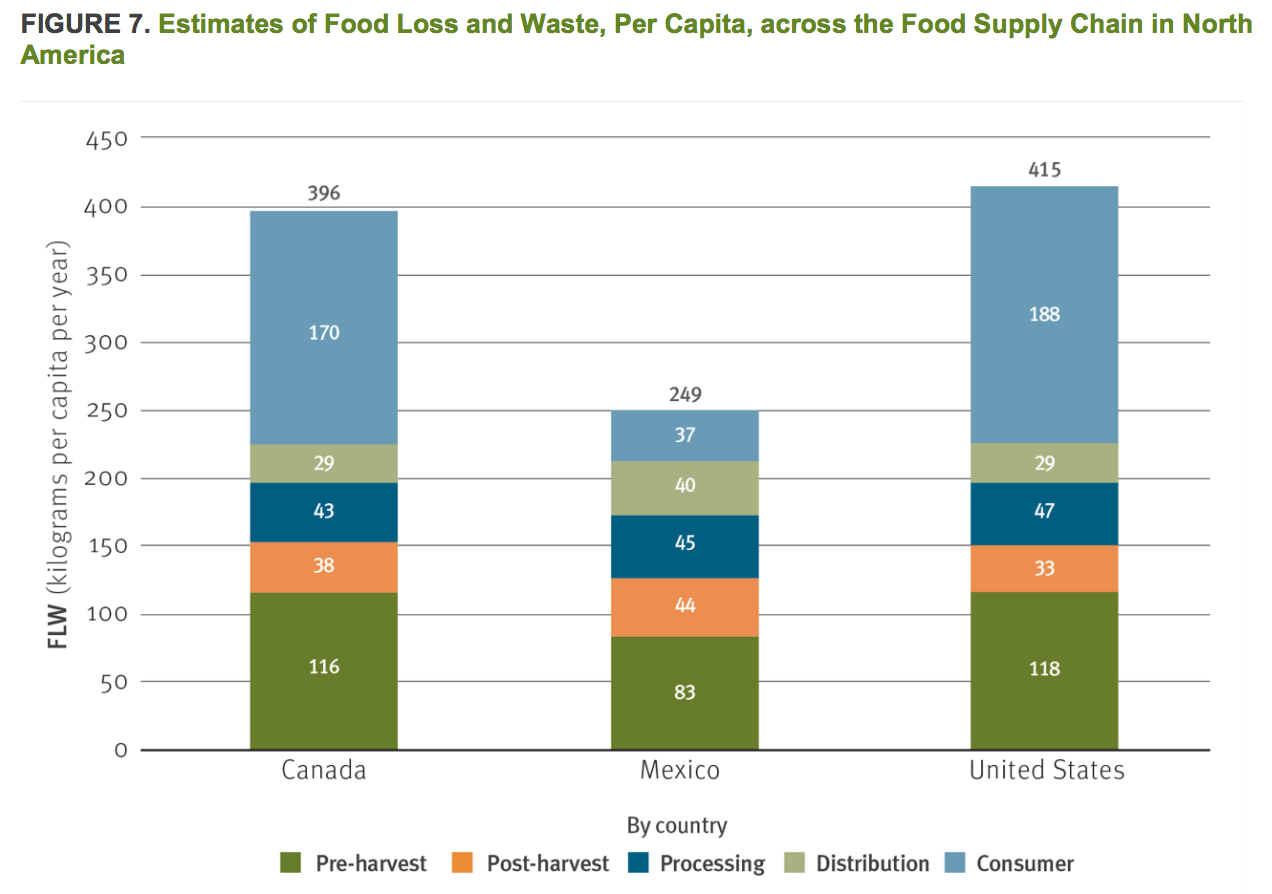 The Commission for Environmental Cooperation is an agency established “to support cooperation among the NAFTA partners to address environmental issues of continental concern, including the environmental challenges and opportunities presented by continent-wide free trade.”

The report, Characterization and Management of Food Waste in North America, aims to quantify food waste and loss along every step of the supply chain – from harvest to table – and also identifies the economic and environmental impact as well as initiatives across North America aimed at reducing food waste.

From ugly fruits (AKA second-grade produce) for sale to food banks and food rescue programs like Second Harvest, Not Far From The Tree, and Food Lens, Canadian organizations are making strides, though one of the biggest challenges remains consumer waste.

Consumer food waste amounts to an estimated 170 kilograms per capita per year, and represents 43% of food wasted in Canada.