We might only be one week into 2018, but Canada already has something to feel proud about: it now has the fourth most powerful passport in the world.

According to Passport Index, a global survey that ranks how powerful passports are from each country in the world, Canada has now moved up two spots from its previous sixth place ranking. 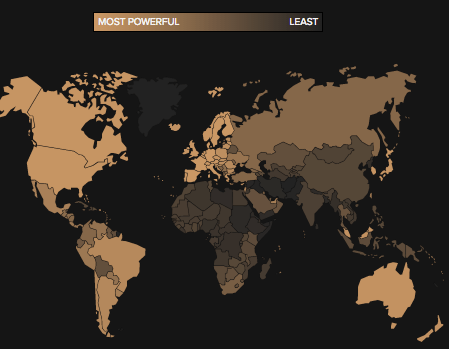 Another significant move is that Germany surpassed Singapore to re-take the number one spot out of the 92 rankings assigned from a pool of 199 countries considered.

The powerful ranking is a reflection of the country’s positive diplomatic relations and affords its citizens visa-free border crossing at 161 countries.

At the bottom of the list is Afghanistan, whose passport holders are limited to just 25 countries that allow them to breeze through borders without being subjected to heavy vetting. Afghanistan’s visa-free boarder ranking is up three spots since October. 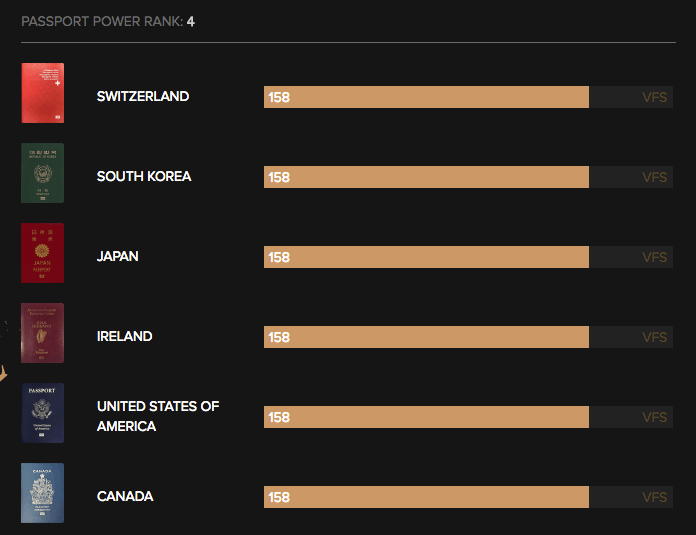 Canada now ties for the fourth most powerful passport with Switzerland, South Korea, Japan, Ireland, and the United States with a VFS (visa-free score) of 158, which is Canada’s highest visa-free score to date.

When it comes to welcoming others into our country, Canada ranks 79th tieing with Namibia, requiring visas from all but 53 other nations when opening our borders.

Will 2018 see Canada overtake Germany and claim the world’s most powerful passport title? Nothing is impossible.