As we hit the halfway mark of October, PadMapper is reporting that the country’s two priciest cities continued to have “double-digit year-over-year declines.”

According to PadMapper’s latest report, the rent price free-fall in the nation’s two priciest markets may “hit a floor soon” as both Toronto and Vancouver experienced a monthly tapering of rental growth rates.

Overall across Canada, aside from the three most expensive cities, the majority of Canadian cities had “growing rents on a yearly basis.” 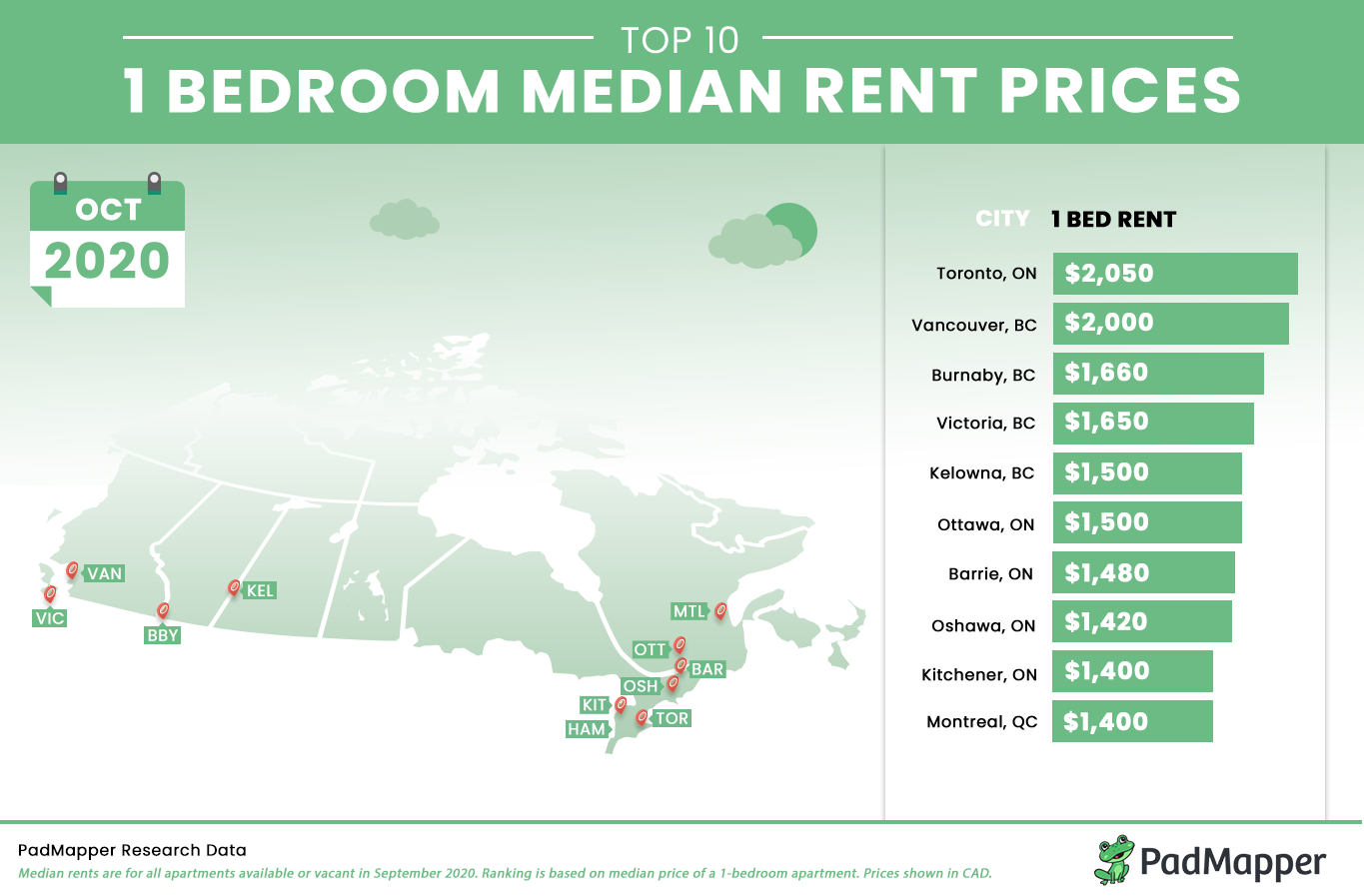 Vancouver remained in second place as rents had a flat month with one- and two-bedrooms staying at $2,000 and $2,750, respectively. However, two-bedroom rent in this city is down 15% since this time last year.

Burnaby, BC, remained in third place with one-bedroom rent slightly dipping to $1,660 and two-bedroom spots dropping to $2,280.

Victoria snuck into fourth place for most expensive rentals, at $1,650 for a one-bedroom and $1,980 for a two-bedroom spot.

Kelowna rounded off the top markets with one-bedroom rent decreasing 3.2% to $1,500, while two-bedrooms increased to $1,750.

The cheapest rent in Canada this month can be found in St. John’s, Newfoundland, where a one-bedroom rental costs a cool $810 with two-bedrooms going for an average of $880. 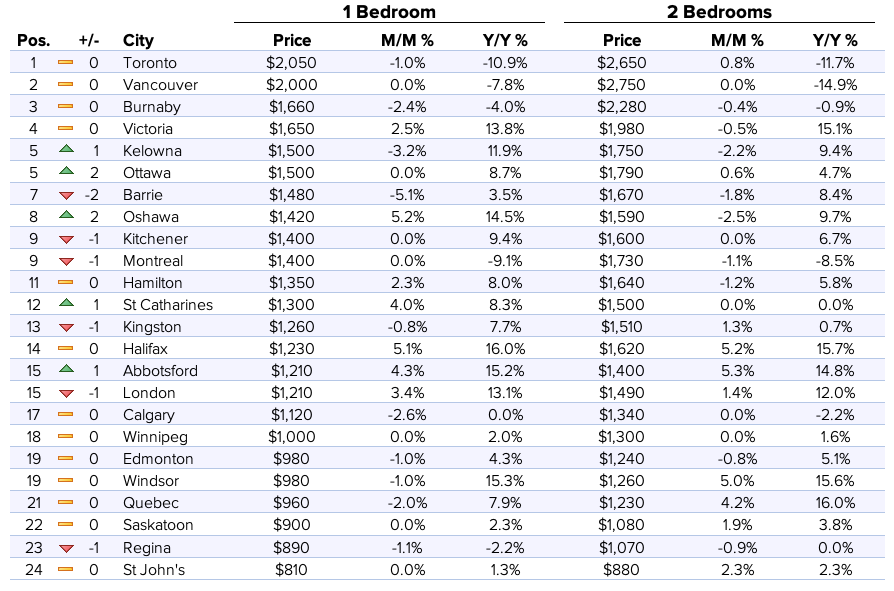