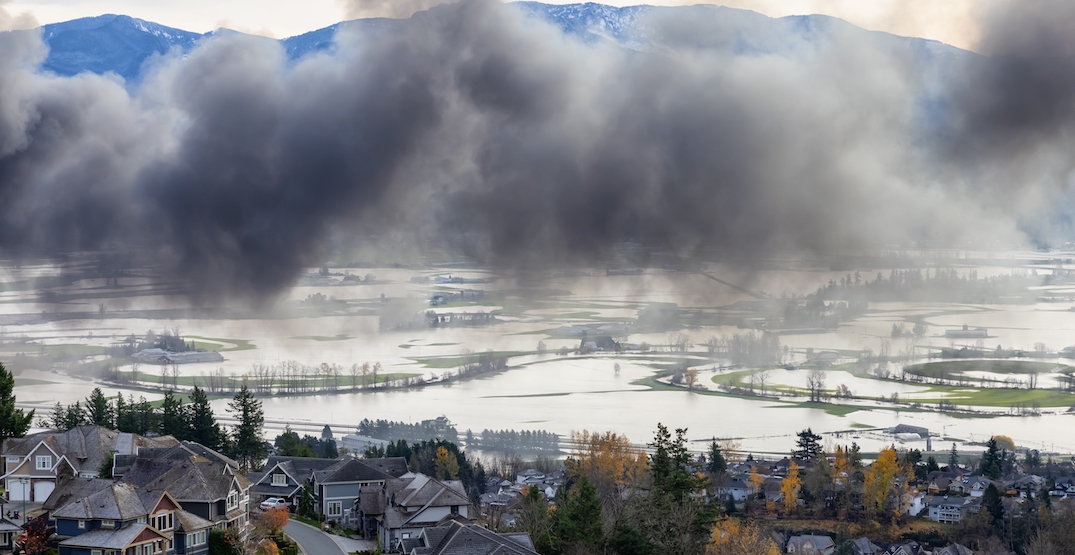 After a devastating year that included hailstorms in Calgary and flooding in British Columbia, severe weather events across Canada racked up $2.1 billion in insured damages in 2021.

A new report from the Insurance Bureau of Canada highlights the financial implications that come along with a changing climate and extreme weather events, noting that 2021 marked the sixth-most expensive year on record for severe-weather-related insured damages.

The report notes 11 severe weather events that happened across Canada in 2021, including the wildfires in Lytton, BC; the tornadoes in Barrie, Ontario; Hurricane Larry; and the Southern Ontario storms. The most devastating event financially, however, was a near tie between the Calgary hailstorm and the British Columbia flooding, costing $500 million and $515 million, respectively. 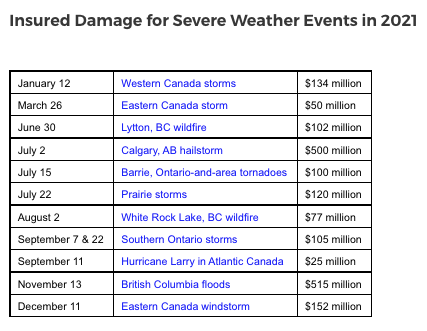 “In today’s world of extreme weather events, the new normal for yearly insured catastrophic losses in Canada has become $2 billion, most of it due to water-related damage,” said Craig Stewart, vice president of federal affairs for the Insurance Bureau of Canada. “Compare this to the period between 1983 and 2008, when Canadian insurers averaged only $422 million a year in severe weather-related losses.

Although the federal government has pledged to achieve net zero emissions by 2050, Stewart says that measures need to be implemented immediately to protect Canadians from worsening severe weather events.

“Canada must now prioritize climate defence,” Stewart said. “A National Adaptation Strategy, currently under development, must propose measurable and concrete actions to protect Canadians by 2030. The 2022 Federal Budget should allocate robust funding to implement this Strategy if we are to protect Canadians from the flood, wildfire, heat, wind, and hail events already growing in frequency and severity.”