Qualifying for the Olympic Games takes a lot of hard work, dedication, and perseverance. It also takes money.

This is the unsexy story of what it takes to get to the Olympic Games.

The less publicized story is that the type of dedication needed is often not possible with a 40-hour a week job.

So what do athletes do when the costs to compete get in the way? For some, the answer has been fundraising through Go Fund Me pages.

Sam Roworth is an amateur athlete from Toronto, attempting to go to qualify for this summer’s Olympics in kayaking. When he needed a new boat, he turned to Go Fund Me.

“Going into it you kind of have no idea how it’s going to go” said Roworth. “Mine definitely went better than I expected. I set mine pretty high and then knew that if I got 75% or higher then I was fully covered, I could cover my boat with my own money and the money from the Go Fund Me.”

Roworth has raised $5,400 to date, publicizing his Go Fund Me page through his social media network. He has engraved the names of his donors on his new boat.

Athletes in Canada are eligible for some funding, but often it’s not nearly enough.

“It depends what level of funding you get from the government because most of us that are competing at the highest level are government funded athletes in Canada, either provincially or nationally. A lot of it goes towards travel.”

To compete in the sport of kayaking, Roworth has a lot of travel costs.

“I’ve been in Florida since February 1st, and probably burned through 85% of my funding for the year so far. We can earn more funding next week at our selection trials. If we win we know that we have more funding. If we don’t win then you know it’s going to be an interesting season because you still have to do all the travelling to the races.”

As if he needed more pressure to perform.

Does Canada do enough for its athletes? That’s something that has been debated at length in this country.

Once an athlete reaches a certain level, they can get enough government funding to pay for their expenses. But what about athletes that are just trying to make it? It’s a struggle.

Roworth, for example, works a retail job in the winter to get by.

“At the top Canadian sports, especially for Olympic sports, there aren’t nearly as many sponsorships compared to the States. There isn’t a huge corporate backing in a lot of the sports. They want the high profile professional athletes. We train like professional athletes, we consider ourselves professional in our sport. But these big companies would rather go for an NHL player over a top-5 amateur athlete.”

Roworth and his teammate Philippe Duchesneau are attempting to qualify for the Olympics in men’s 1000m kayak (K2). They’re competing in the Canadian Team Sprint Trials in Gainesville, Georgia this week. 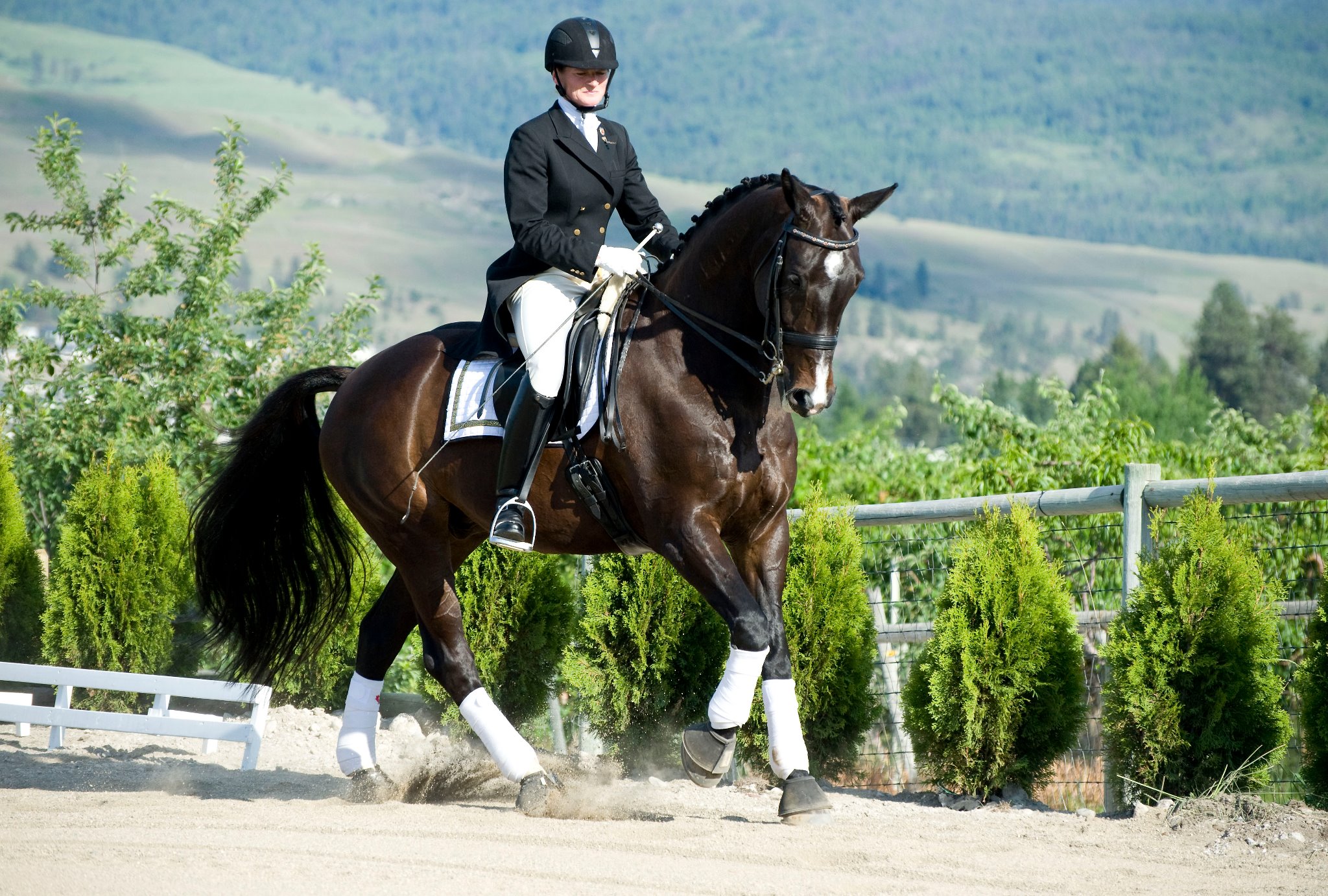 Armstrong, B.C.’s Joni Lynn Peters is from the other side of the country and competes in a totally different sport than Roworth, but she faces similar challenges as an amateur athlete in Canada.

Peters competes in the sport of Equestrian, in the discipline of Dressage. Not only does Joni have to pay for herself, she has to pay for her horse, Travolta.

“I don’t look at the numbers close enough because it would just stop me in my tracks” Peters said.

“Each competition that I enter is approximately a $2000 entry fee. That doesn’t include getting there or our health papers, export papers for the horse, our vet, our farrier, our feed, bedding, the cost of travel, etc.”

At the 2012 Olympic selection trials, Peters “stuck out like a sore thumb”, given that she was the only rider that was also the owner, trainer, groom, and transport for her horse.

It’s no surprise then that Joni’s friend, Tania Millen, set-up a Go Fund Me page on her behalf this time around.

“She was just listening to me and how close I’d gotten” Peters explained. “We actually have to qualify to get to the point where we can enter the selection trials. So I had qualified to be a declared athlete for Canada’s Rio Olympic selection trials.”

“When she heard that I got that far she said ‘you can’t quit now'”.

Competing in the Olympics has been a lifelong dream for Peters, and she’s all-in.

And now she believes that she has the horse to do it.

“For an equestrian athlete, there’s two athletes involved and one can’t do it without the other. So our horse is a limiting factor. I found this horse as a three-year-old and with his bloodlines, with the look about him, I thought the dream was really starting to take shape.”

Roworth, Peters, and Travolta, will attempt to make their dream a reality this summer.

For more information on Sam or Joni, check out their Go Fund Me pages: