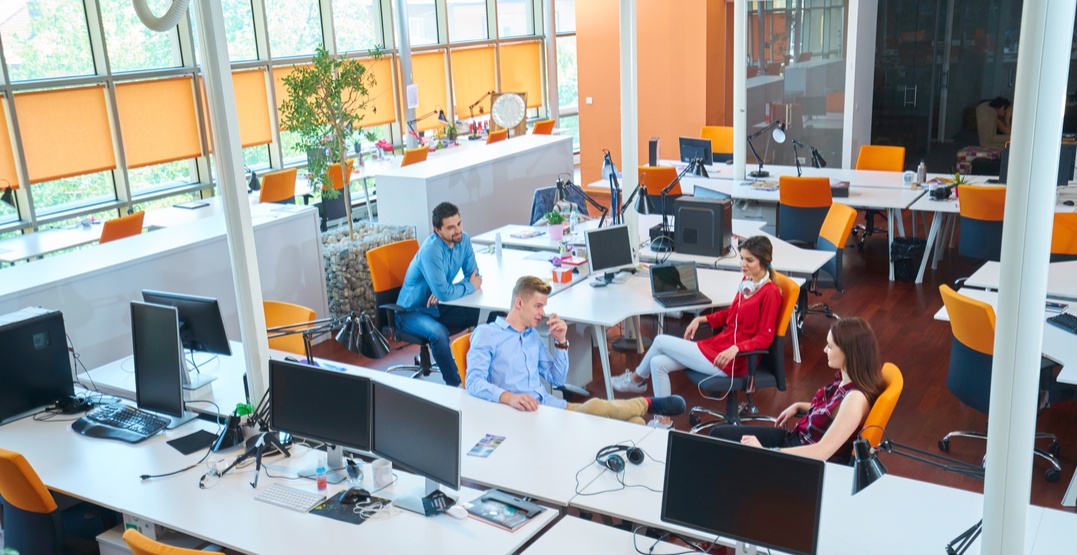 Canada is one of the world’s leading countries for founding start-ups, according to a recent report by the Organization for Economic Co-operation and Development (OECD).

Not only is it a founder’s market, it’s Canada’s post-secondary students who are leading the way.

In a report titled “A Portrait of Innovative Start-Ups Across Countries,” researchers looked into innovative start-ups and related venture capital (VC) investments using Crunchbase, “a new dataset that is unprecedented in terms of scope and comprehensiveness.”

The report found significant cross-country differences in the professional and educational background of start-up founders. Canada, along with the UK, India, and the US, are the leading countries in terms of the number of start-ups globally, with or without funding and there is a notable share of this group with academic experience. 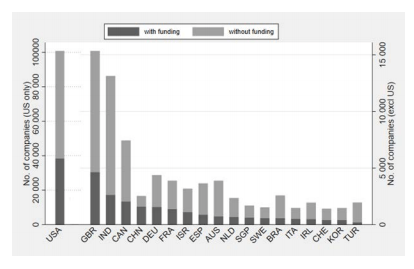 Number of start-ups with and without VC funding; start-ups founded during the period 2001-16 and still operating in 2016 (OECD)

Canada came out on top with regards to student entrepreneurs.

“The phenomenon recently gained interest, spurred mostly by the notorious cases of world-leading IT companies founded by undergraduate students, e.g., Facebook or SnapChat,” reads the report, which defined student entrepreneurs as “individuals who found their start-up within four years since the beginning of the B.Sc.”

In it, Canada, Brazil, and India had the highest shares of student run start-ups. Canada leads the way at 13.60% of the total national start-up market being run by someone in post-secondary education.

The study also looked at the median age of founders, which is approximately 28 to 33 year old, depending on the country. 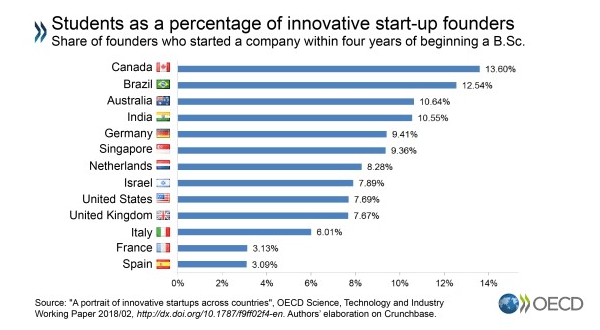 It wasn’t all good news however, the research shows that female led ventures are less likely to receive funding than their male counterparts. The study found that innovative start-ups receive, on average 23% less funding when one or more women are among the founding members.

The paper also said that women also receive lower amounts when they do receive financing.