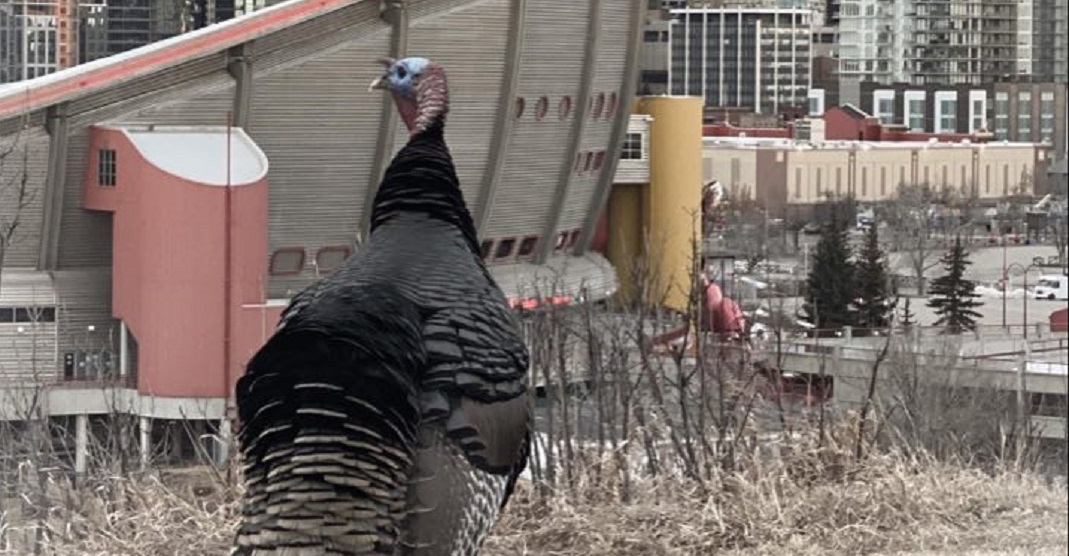 Photo via Loyal Followers of the Ramsay Turkey/Facebook

Turk, the turkey that has been spotted wandering around the neighbourhood of Ramsay for the past year, was reportedly taken by a coyote in the early hours of Friday, July 24.

The fowl had grown quite the following of fans since the spring of 2019, when it is alleged that he was gifted to a rancher during an agriculture event on the Calgary Stampede grounds.

Legend has it that he flew from the rancher’s trailer and couldn’t be caught, so the rancher left him to wander the Stampede grounds. Turk eventually found himself in Ramsay, according to a description on the Loyal Followers of the Ramsay Turkey Facebook group.

The group, which has grown to a membership of nearly 6,500 strong since that fateful spring day, is also where the news of Turk’s demise was announced.

Avery Maxwell, one of the two admins of the group, wrote a post just before noon explaining the sad situation.

“I’m very sorry to report that there is evidence that sometime in the early morning hours that Turk had been taken by what we believe to be a coyote. Maintenance at Columbus Manor in Bridgeland kindly contacted me this morning [to] let me know,” she wrote.

“Needless to say, this is devastating news for all of us. I’m personally heartbroken. Unfortunately this is often a fate shared by many animals living wild, and it also unfortunately even sometimes happens in animals kept in farms, zoos or sanctuaries.”

Turk was known to bring joy to many, being spotted in various locations throughout the neighbourhood, with those lucky enough to see him often posting proof to the Facebook page.

Maxwell ended her post with a heartfelt farewell to Turk:

“On behalf of all of us with broken hearts, I would like to say thank you to Turk for providing such joy in a time when it sometimes seems so hard to come by, welcome distraction, connection, investigation and education. For blessing us with his presence, and for being the best and most unlikely inner-city ambassador we could ask for.”