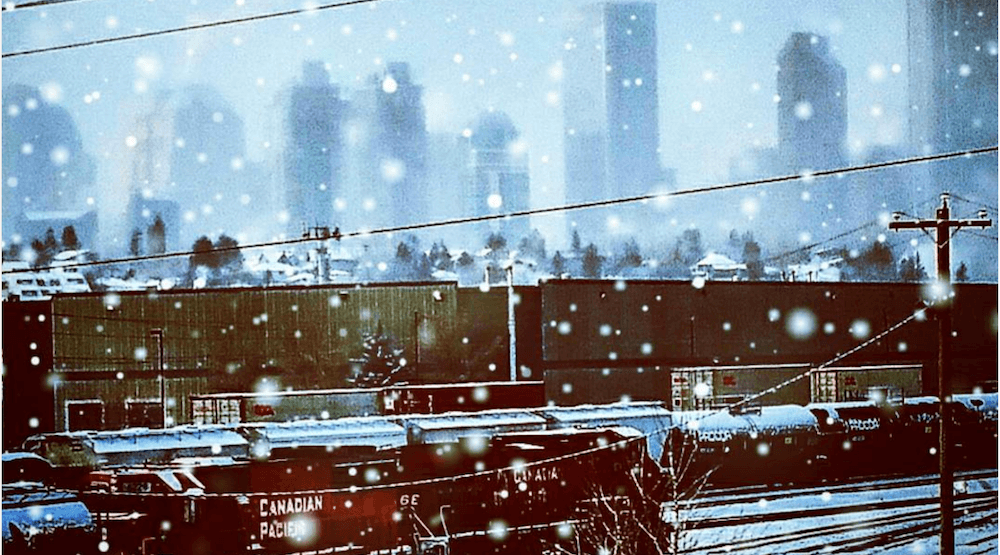 Despite Calgary’s fluctuating temperatures and how warm it has been lately, experts say we most likely will get a white Christmas after all.

According to The Weather Network, the guarantee of a white Christmas in Calgary is always a coin toss  – meteorologists say we generally have a 50/50 chance. Last year, there was  9 cm on the ground but in 2014 there was none. 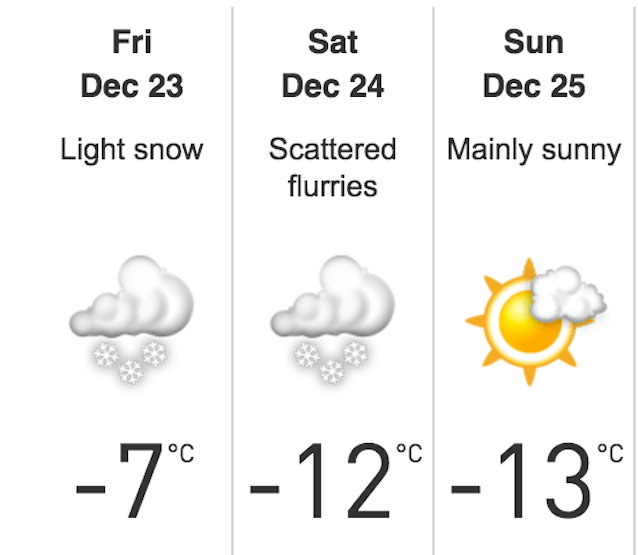 This winter in Calgary it hasn’t been as ‘wintery’ as usual. We’ve gotten a lot of cold weather but not a lot of snow. However, meteorologist Dayna Vettese told Daily Hive that Calgary is expected to have a 5cm of snow the two days before Christmas.  So hopefully our white Christmas will actually look that way (as opposed to the brown slushy snowbank Christmas we often have to settle for).

It may be a Christmas miracle after all. 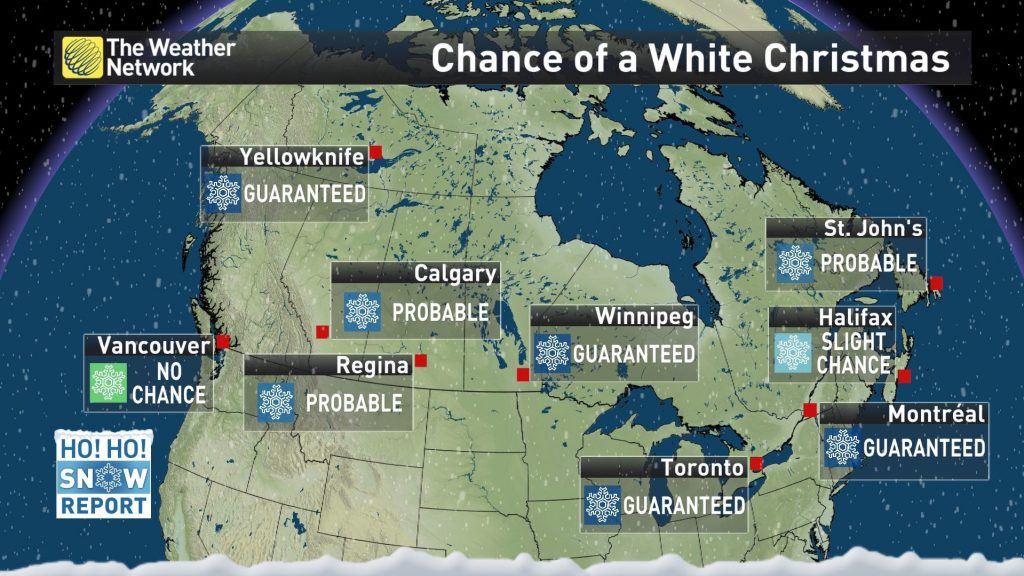