Calgary’s skyline could see a massive new addition if the municipal government approves a private sector plan to construct a ferris wheel attraction next to the river at West Eau Claire Park.

In a press conference on Thursday, Optiview Rolling Attractions announced that it has submitted an application to the City of Calgary to construct a 130-metre-tall (427-foot-tall) urban ferris wheel near the southern end of the Peace Bridge. Upon completion in 2021, the so-called ‘BoWow Wheel’ will be Canada’s biggest ferris wheel and North America’s second largest after Las Vegas’ 168-metre-tall (550-foot-tall) High Roller.

There will be 58 observation capsules, with each temperature-controlled capsule carrying up to 16 people and making one complete rotation every 25 minutes. The wheel will have an operational speed of 0.2 metres per second.

Approximately 3,000 programmable LED lights will turn the structure into a colourful beacon at night to make it the brightest structure in the nighttime skyline. And on the base of the structure, there will be a gift shop and full-service restaurant.

“This is the landmark and world-class attraction that Calgary deserves,” said Peter Hammermill, the CEO and Co-Founder of Optiview Rolling Attractions, said in a statement. “We are excited and proud to offer Calgarians and visitors with a new and exciting way to see the views of the city. It is going to blow their minds away.” 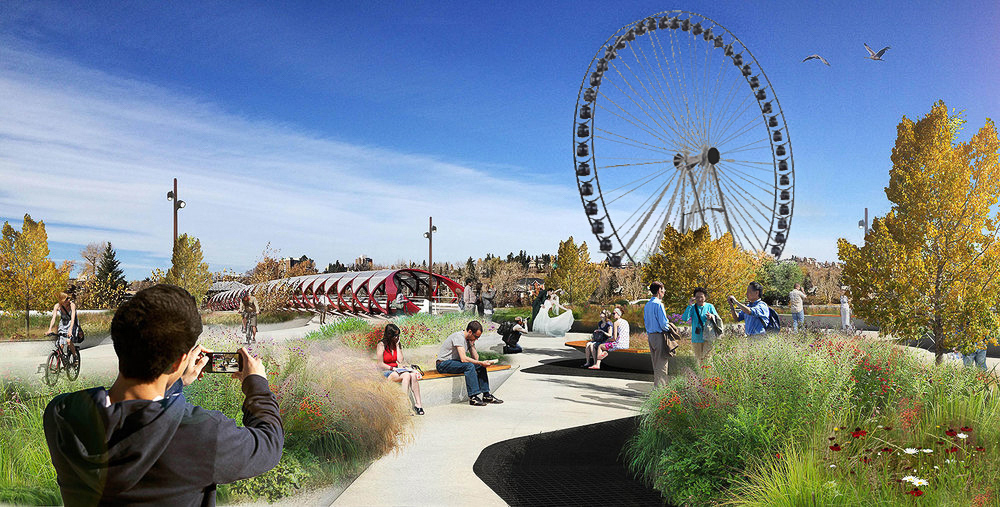 However, the approval process will require modifications of the West Eau Claire Park and Public Realm Plan, which does not account for any major attraction in the structure. Th public consultation phase is expected to begin sometime this summer and a decision will be made by Calgary City Council in either late-2016 or early-2017.

According to documents submitted to the City, the wheel is envisioned to be the new ‘centrepiece’ of the West Eau Claire Park upgrade plans. The park was chosen as the preferred location due to the superior and unobstructed views of the Rocky Mountains and the northern areas of the city.

Sites on Prince’s Island Park and Stampede Park were also considered as location options for the wheel and have been retained as secondary options in the proposal. It should be noted that all there sites are located within a 100-year flood plain, but proponents say this is not a concern.

Flood mitigation designs have been included: The structure and loading platform will be raised 18 feet off the ground and the mechanical and control room’s walls and doors will be watertight.

As well, as a safety precaution, the wheel will be built with four anti-fire and smoke systems and heat detection devices to ensure that the systems do not overheat during the summer months. De-icing systems are also planned to prevent the build-up of ice on critical systems in the winter.

Project proponents have not outlined the construction cost, but similar wheels elsewhere in the world have cost upwards of $150 million. The entire project is private financed; no contribution from the City of Calgary is proposed. 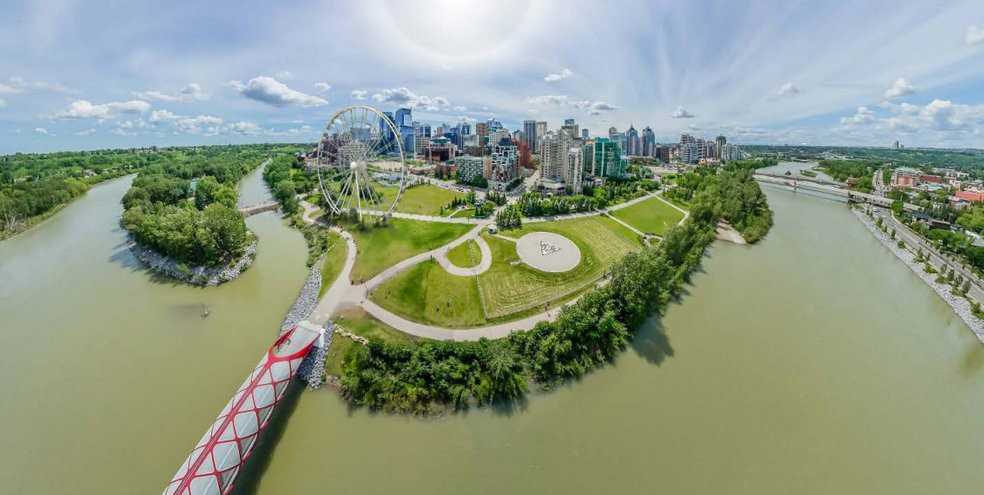