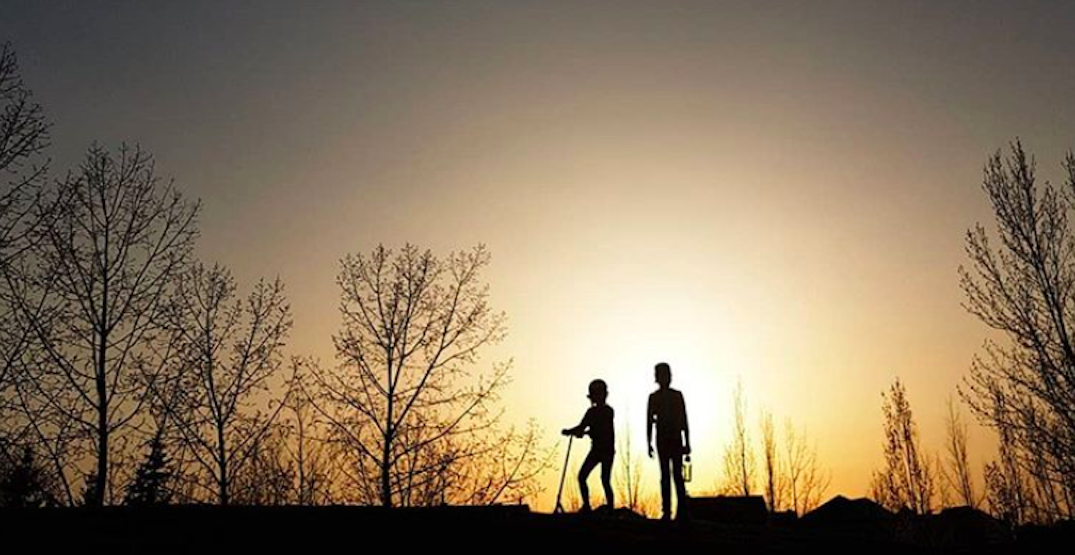 While there’s a chance of showers today, and something of a downpour (potentially) expected for tomorrow, the rest of the week will be as though an early summer has come to Calgary.

Temperatures are expected to reach as high as 22°C this weekend, though the days leading up to it won’t be anywhere near as grey or dreary, according to the weekly forecast from Environment Canada.

Starting Wednesday, it’ll be nothing but clear and sunny skies for Calgary, with temperatures hovering around 17 to 18°C as we head into the weekend.

But first, we need to make it through today and tomorrow, which feature 60% and 30% chances of rain, respectively.

It is still spring, after all.

We’re just glad that the snowfall warnings, snow route parking bans, and snow thaw flooding is finally over… for the next few months, at least.