Over the last few years, the City of Calgary has pushed for the construction of the Green Line LRT project, which quickly became a reality after the announcement of an increase in federal funding in July 2015.

And more recently, the municipal government went a step even further by tripling their initial commitment – from $520 million to $1.52 billion.

Originally the Green Line was meant to be built over the next 30 years starting with a bus-only transitway and then later upgraded into a rail system. With a funding boost the project, is now set to be completed ahead of schedule.

Small road improvement projects are to begin early next year and the team is aiming to start construction of the Green Line in the spring of 2017 but this date remains tentative as it relies on funding availability.

The line will serve residents and businesses in the north and southeast areas of Calgary, connecting North Pointe and Seton to downtown with possible extensions of the line in the future.

The Green Line is expected to add 40 kilometres of track to the current 59 kilometre C-Train LRT system. Essentially, once completed, the Green Line will make up roughly 40 per cent of the total LRT system.

It is estimated that around 290,000 Calgarians live around the proposed Green Line corridor. On top of this number, there are thousands more that are expected to make use of the line by either working or visiting locations on the route. The Green Line is estimated to serve up to 41 million passengers annually.

The Calgary Transit Green Line’s vision is to be “a transit service that improves mobility in existing and new communities in north and southeast Calgary, connecting people and places, and enhancing the quality of life in the city.”

Another integrated part of the project is dubbed Transit-Oriented Development (TOD). TOD is composed of three basic parts; transportation, open space and buildings.

Here is a video of how Calgary Transit integrates transit and communities: 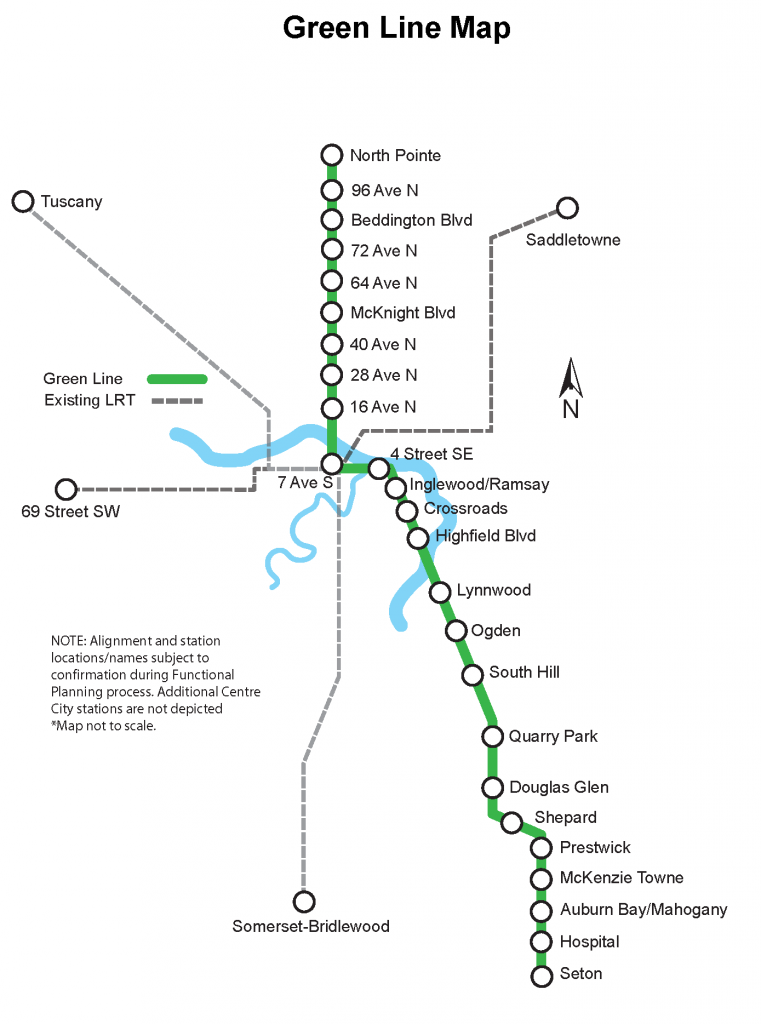