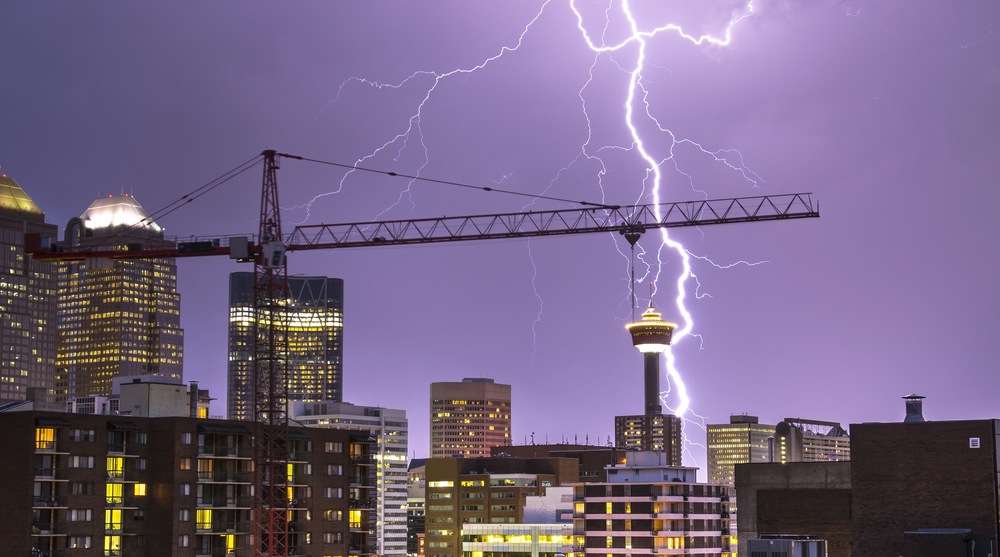 The gloriously sunny days that Calgary has been seeing lately may be taking a brief pause this afternoon, as The Weather Network is calling for some potential thunderstorms to hit the city.

According to a Tuesday morning post on the network’s website, Calgary will be facing the possibility of heavy rain, strong winds, and a chance for hail as thunderstorms spread across the southern Prairies.

This comes just two days after a severe hailstorm hit Edmonton, bringing down chunks of ice the size of baseballs in some areas. 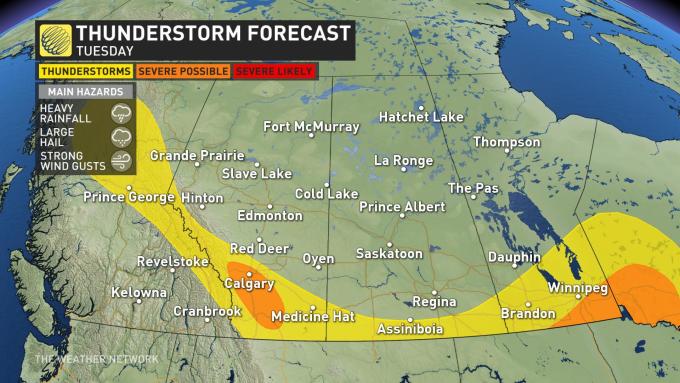 The potential storm is the result of a cold front sweeping into the province from northern BC, which could bring about a temperature shift of around 10°C by the end of Tuesday.

Environment Canada has yet to call a thunderstorm warning, watch, or statement for any region of the prairies yet, though we’d still recommend keeping an eye on the agency’s suspiciously clear alert map throughout the day, just to be safe. 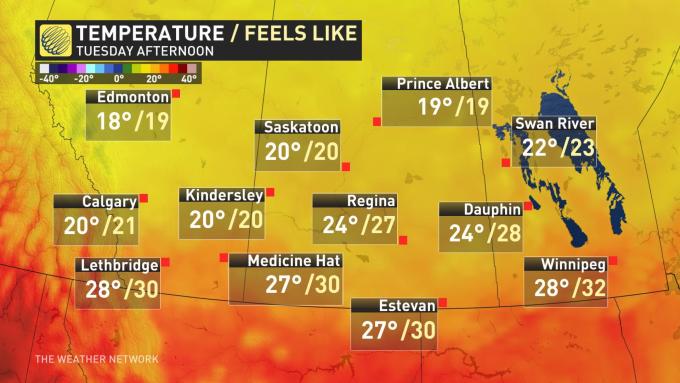