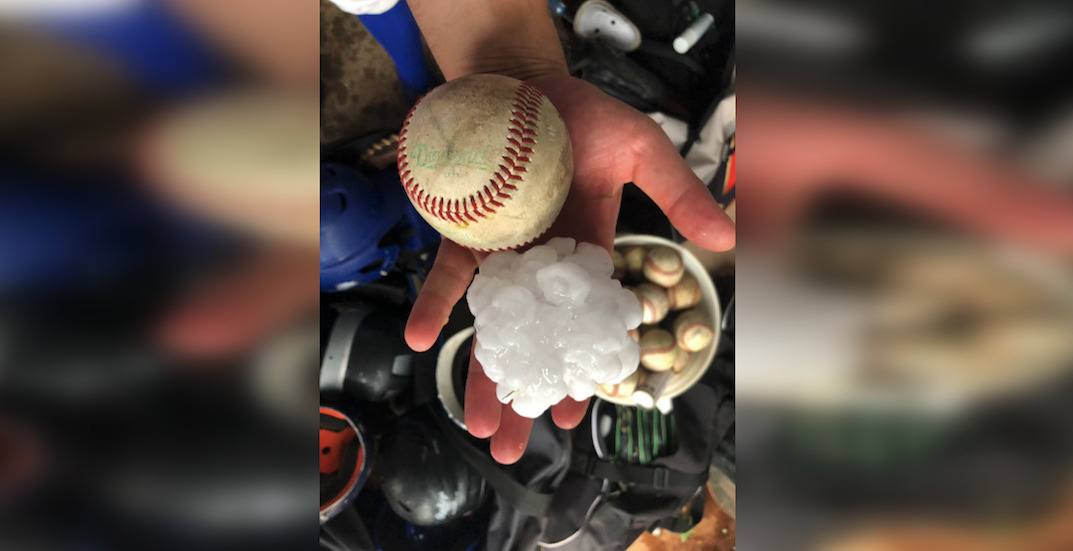 Albertans should start investing in hard hats because the hail we’ve been seeing this summer could legitimately cause concussions.

A severe thunderstorm rolled into Edmonton and its surrounding municipalities this August long weekend, bringing with it freakishly large chunks of hail that ranged in size from golf balls to baseballs.

What’s even more terrifying is that some of these icy projectiles of destruction even had built-in spikes, courtesy of Mother Nature.

Some car windows were smashed and more than a few calls to insurance companies were made by the time all was said and done, and Albertans in the area were left picking up the pieces of hail to document the storm on social media.

We have had the most rain in 2 decades in Alberta. Check these hail stones from a few nights ago pic.twitter.com/99DKZQVhFq

The size of the hail stones in Alberta today #mildlyinteresting pic.twitter.com/yYwAxRqNqC

Severe weather has been active all around the world this year. Thunderstorms crossed the severe threshold as they tracked across central Alberta, Canada on Friday night. People across the area tweeted out hail as large as tennis balls. With information of The Weather Network. pic.twitter.com/WQifkXziG3

Holy hail! Thanks to Eunice Caouette who snapped the size of these hail stones in Spruce Grove, Alberta yesterday. #abstorm #yegwx @weathernetwork pic.twitter.com/MKPc9ZhmGO

Getting pounded by sporadic, but large chunks of hail in west #yeg right now.