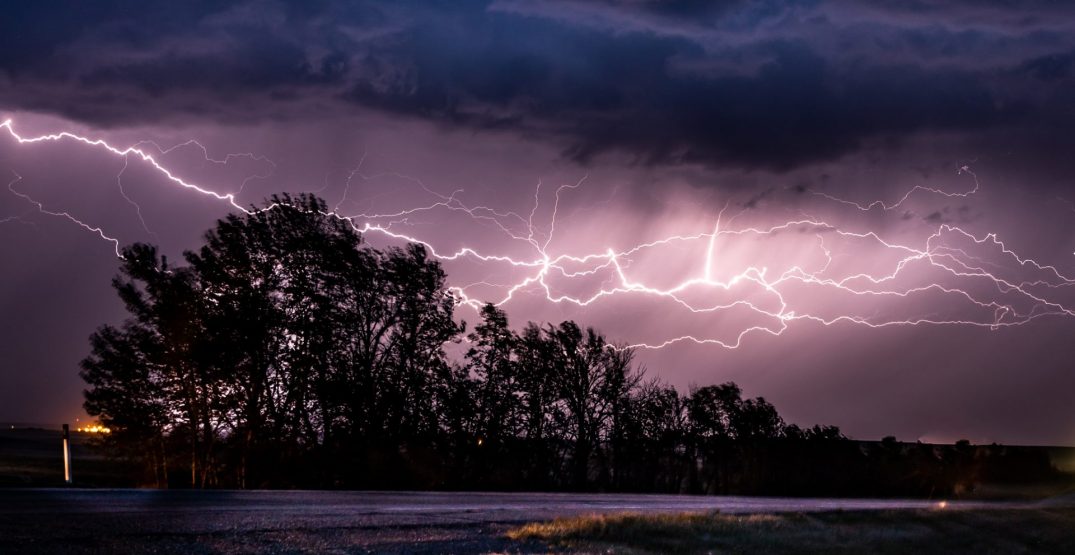 Lightning near Calgary on July 7, 2021 (Courtesy of Matt Melnyk)

Calgary experienced an epic thunderstorm on Wednesday night, beginning around 8 pm continuing into the evening.

With all the hot and humid weather the city has been experiencing lately, it’s no surprise that some thunder and lightning came our way.

Wednesday saw a mix of sun and clouds, with a temperature high of 24.9ºC at 5 pm before the storm set in later in the evening. Environment Canada put a severe thunderstorm warning in place for the city of Calgary at 9:30 pm, which was soon lifted at 10:11 pm.

Those residing in Calgary and the surrounding area were treated to nature’s light show, with lightning crackling across the sky and thunder rumbling in the background.

Calgarian Matt Melnyk was storm chasing on Wednesday evening and captured images of the phenomenon.

“We were chasing south of Calgary, and we watched it form into a green monster shelf cloud before it got dark and hit the city,” Melnyk told Daily Hive in an email. 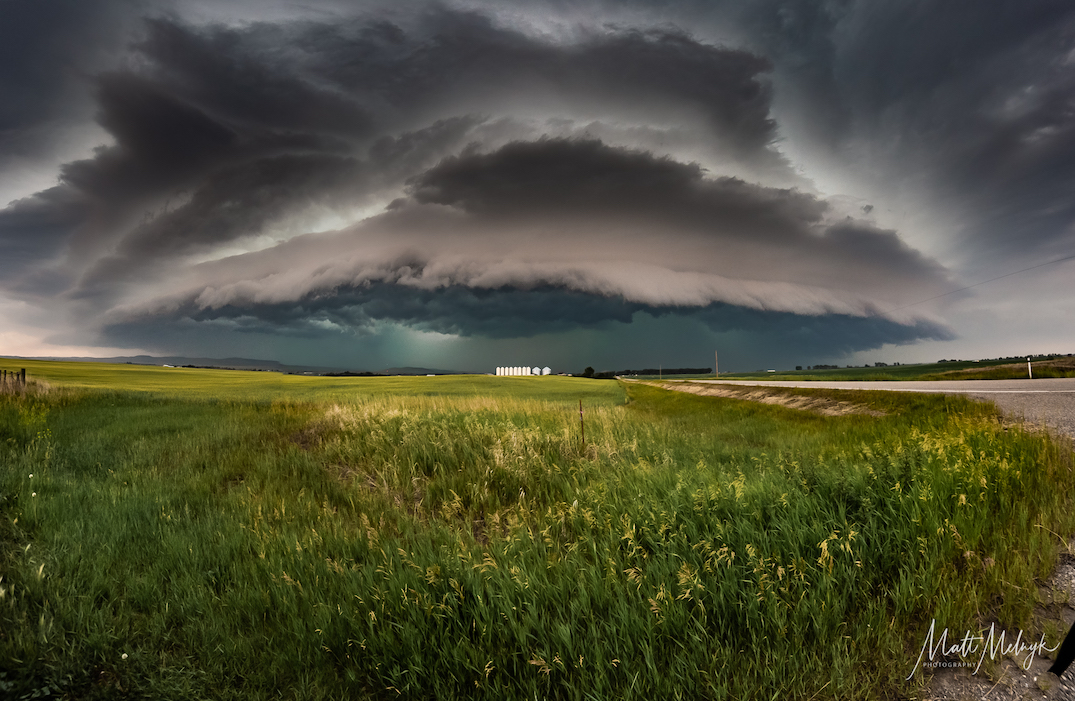 From there, Melnyk said that the storm moved north, and he captured lightning near Strathmore, Alberta, around 11 pm.

Locals took to the internet to share photos and videos of the mid-week storm.

Here’s a cool picture from the storm last night. It ended up being more of a lightning storm than anything.⛈️#yycstorm #yyc #abstorm@Crackmacs pic.twitter.com/UUkjXt2bTL

There’s a wild storm in Calgary tonight and I filmed some lightning with the slow motion setting on my iPhone and… um… pic.twitter.com/lJlXaWONnv