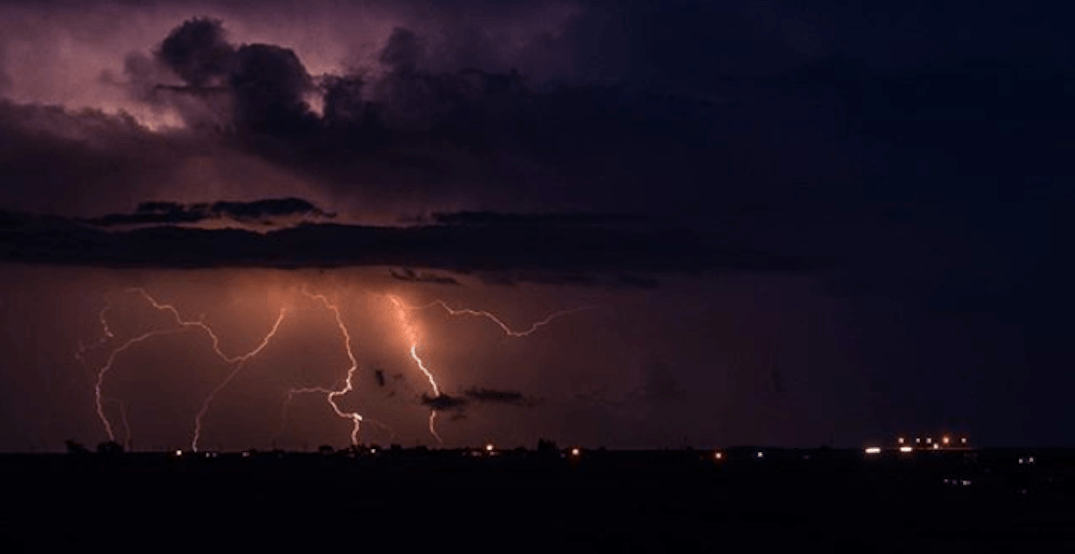 Oh, when the weather outside is frightful…

Calgary was privy to quite the light show last night, and we’re not talking about the nightly Stampede fireworks.

The skies above YYC came alive with multiple lightning strikes on Tuesday night, giving Calgarians plenty of opportunities to capture the natural phenomenon on video. It was a stroke of luck for those of us who happened to miss it, as plenty of proof has been posted to social media in the hours since.

Here are a few of our favourite shots of last night’s thunder and lightning:

Boring. This nocturnal lightshow north of Calgary is about as exciting as Stampede week is. Start chucking some CG bolts already. 😴😴😴 #ABStorm pic.twitter.com/38KpRKKlfy

Every time lightning flashes, it generates an electromagnetic impulse that can be detected on AM radio between frequencies. Frequent lightning NW of Calgary! #abstorm 10PM pic.twitter.com/j17ibPoPIJ

Hey, remember in the opening scene of War of The Worlds where there’s non-stop lightning but no thunder…. #abstorm pic.twitter.com/wOdfmTAsf7

About 20 minutes of the lightning storm from last night condensed into 24 seconds #yyc #yycweather #abstorm pic.twitter.com/3d3Zw9QK6K

#abstorm Nice storm moving by got out of the hail just in time pic.twitter.com/e5SfFQ3Itf