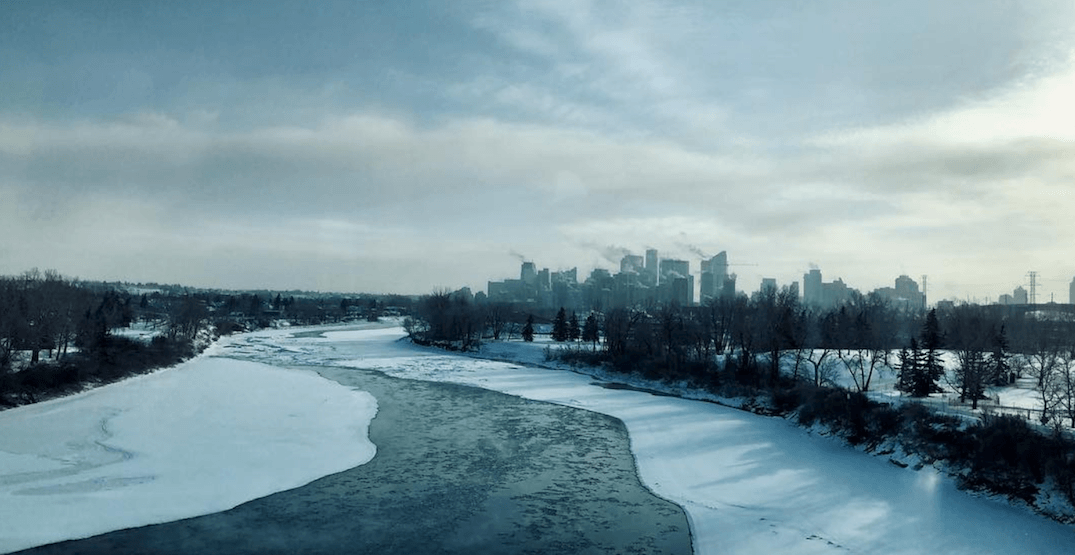 Turn up the heat, stoke the fire, and close all the windows tight, because it’s going to be a cold one in Calgary.

While parts of Alberta have already been hit by temperatures so low that they’ve spurred Extreme Cold Warnings from Environment Canada, Calgary’s day of the deep freeze comes a little later in the week.

The -8°C we’re contending with right now isn’t exactly warm, sure (and neither is the -9°C or -15°C coming on Wednesday and Thursday) but the real shift for wintery weather comes in the transition from Friday to Saturday, when the gauges will drop a total of 14°C, if Environment Canada’s forecast is to be believed.

According to the agency, Friday will see a mix of sun and clouds and a high of just -6°C. However, the cold will come in the night, bringing temperatures down to -21°C before a chance of flurries on Saturday sees a daytime high of -20°C.

Don’t expect any relief on Sunday or Saturday, either, as temperatures will apparently sit stubbornly around the -21°C mark.

All this is to say that, if you’ve got any sort of errands or social obligations that necessitate being outside at all this weekend, we’d suggest getting it all done on Friday, because waiting for Saturday or Sunday may just lose you a few digits to frostbite.

But hey, at least we’re not Newfoundland!