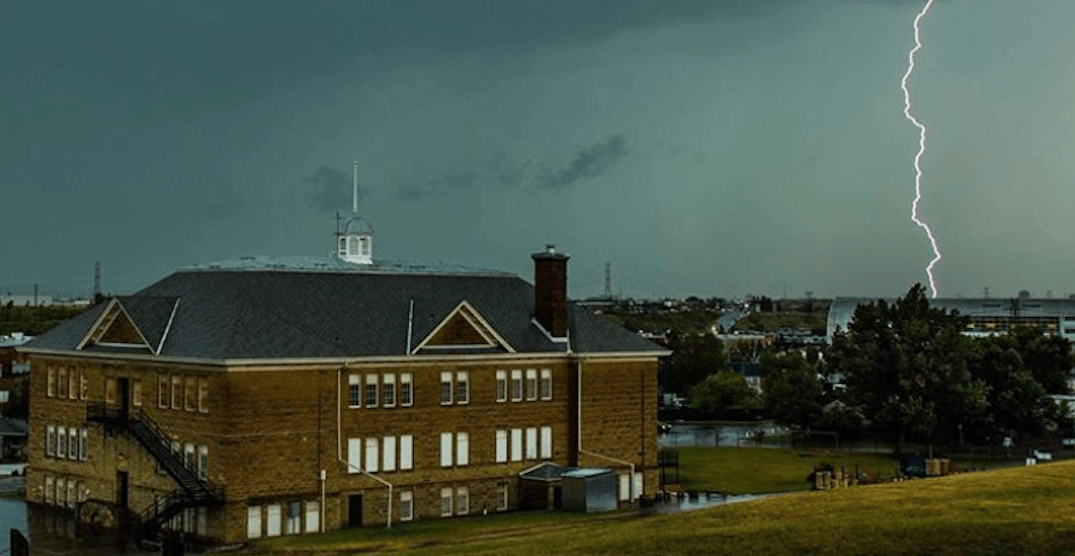 There was no summertime snowstorm in Calgary last night, even if the ground looked covered in white after the clouds finally receded.

What actually came pelting down from the sky in parts of Calgary and throughout the surrounding area was none other than large chunks of hail, some reaching the size of loonies and toonies, as a severe thunderstorm rolled into the city.

The storm brought with it some dangerous driving conditions and a downpouring of rain, but also some great photo ops of the looming clouds and frequent rainbows that appeared throughout the evening.

Albertans were quick to capture both the terrifying and beautiful aspects of yesterday and were kind enough to share the photos and videos online for those lucky enough to have avoided the storm.

This was insane… Was stuck at Stoney trail for a while #abstorm pic.twitter.com/A9zoJ2IznK

Tonight’s amazing storm cell outside of Calgary- Gorgeous and ominous all at once! #abstorm #christyturnerphotography pic.twitter.com/pVJPDmpii3

And, of course, there were those who hopped onto the #abstorm hashtag just to share a funny joke:

The storm has since subsided, though according to Environment Canada’s forecast for Calgary, a few showers and the risk of a thunderstorm are still in the cards for today.