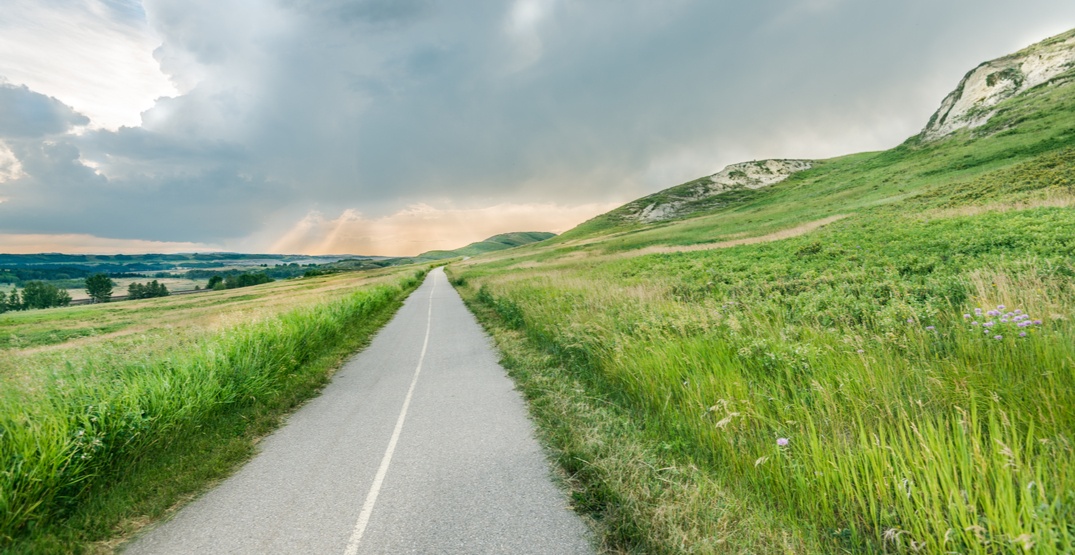 Calgary is a sprawling city, so it may not come as a surprise to hear that its network of outdoor pathways is also extensive, to say the least.

The network is so large that, with the recent addition of the Rotary/Mattamy Greenway’s 138 kilometres, it has become the largest connected network of pathways in the entire world.

The new, nearly-completed Greenway works its way around Calgary, connecting existing paths with those of other neighbourhoods, combining for over 1,000 kilometres of connected paths to walk, run, or bike on — if you ever find the time to, that is. 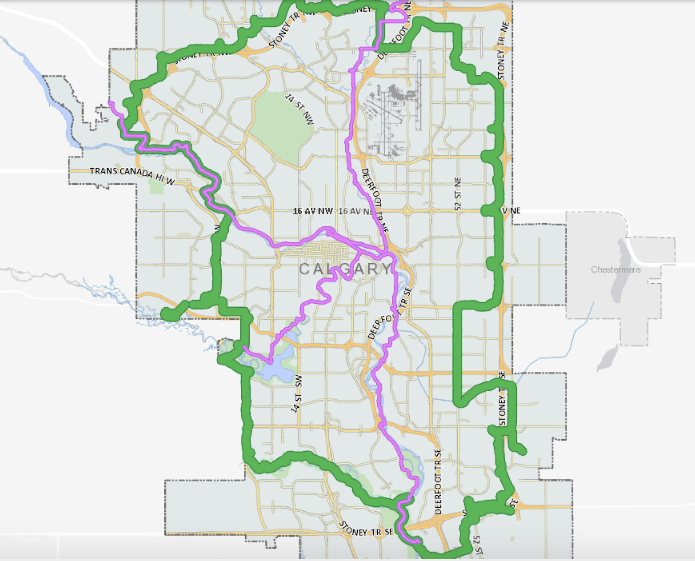 The full trip around the new Greenway will take you roughly 12 hours to complete by bike, though that isn’t factoring in the time you’ll likely take to stop and smell the flowers, or capture a landscape photo from one of the many viewpoints along the trail.

The Greenway was first envisioned back in 2006 through the City of Calgary’s Plan It process, according to the Rotary/Mattamy Greenway website. Construction first got underway in 2010, and since then more and more pieces of the loop have been added each year.

The 138-kilometre pathway is now 95% complete, with funding coming from all three levels of government, 13 rotary clubs, and its namesake, real-estate company Mattamy Homes.

Much of the trail is currently available for anyone looking to check it out, though if you’re stuck inside, there is also a video provided by Parks Foundation Calgary: