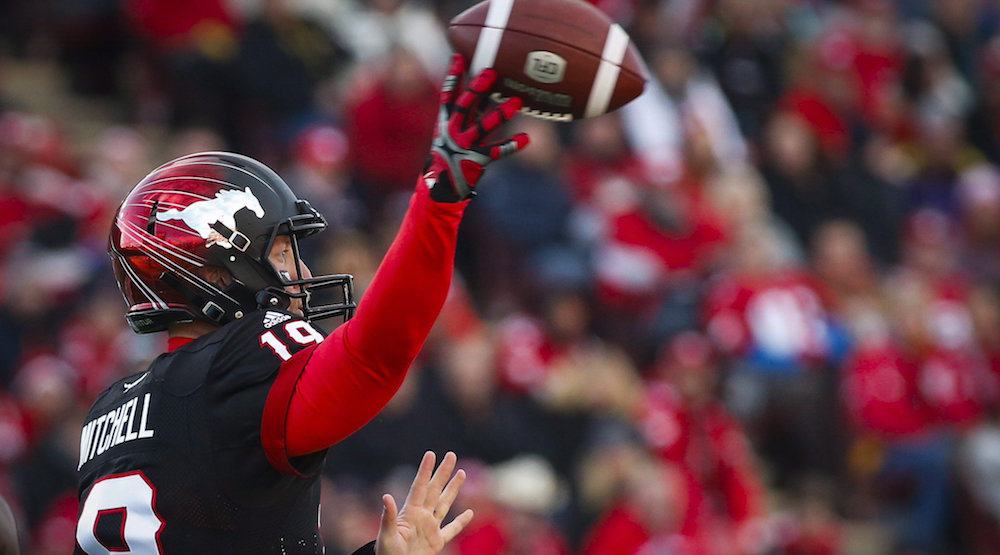 The Calgary Stampeders are off to the Grey Cup in Toronto after a convincing 42-15 win over the BC Lions in the Western Final at McMahon Stadium on Sunday.

Calgary, who finished with one of the best regular season records in CFL history proved it was no fluke. They also proved that two weeks off wouldn’t make them rusty.

Dave Dickenson’s team looked like a well-oiled machine right from the opening kickoff, when Roy Finch returned the ball 46 yards. Bo Levi Mitchell went to work and the Stamps offence went to work, with Lemar Durant capping off the opening drive with a three-yard rushing touchdown.

Calgary’s offence delivered three first half touchdowns, while their defence added another on a pick-six, helping the Stamps to an insurmountable 32-0 lead at half time.

After that, it was cruise control for the Stampeders, who were clearly the better team on this day.

Mitchell threw for 365 yards, connecting on 21 of 28 passes, including three touchdown passes. Marquay McDaniel and DaVaris Daniels led the way among the Stamps’ receivers, collecting 131 and 107 yards receiving respectively. Jerome Messam did his part in the running game, rushing for 84 yards on 14 carries.

The Stampeders advance to the Grey Cup next Sunday against the Ottawa RedBlacks, who beat the Edmonton Eskimos in a snowy Eastern Final earlier in the day. The Stampeders will be the heavy favourites to win their second Grey Cup in the last three years.